"Wonton" and "ghetto": Sharon Osbourne's racist slurs resurface, even as she claims she's the victim

As the nation reels from an anti-Asian shooting, the British rock mom's past hateful comments have greater meaning 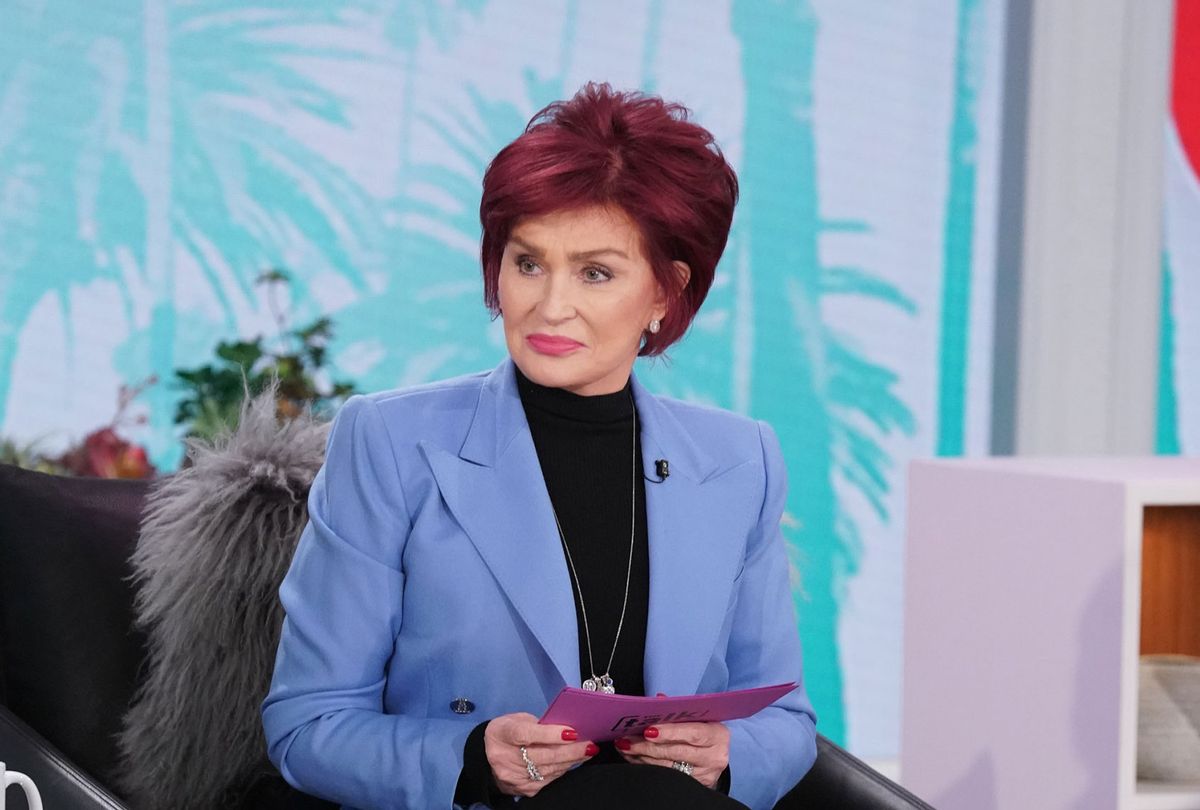 Sharon Osbourne has kept herself especially busy these past few weeks what with her on-air meltdowns, Twitter spats and attempts to defend her racist friend, Piers Morgan. You would think that this series of problematic engagements would exhaust Osbourne, but she's speaking out to claim she's actually the victim in all of this.

It all started when Osbourne unraveled on "The Talk" last week. After being confronted about her comments on Morgan's inherently racist reaction to the recent Meghan Markle and Oprah interview, Osbourne turned on her Black co-host of "The Talk," Sheryl Underwood, demanding that she "educate her" on racism. As Melanie McFarland wrote, "perhaps it's knowing that people who cry 'Educate me! Tell me!' aren't seeking understanding as much as they want absolution without amends . . . without honestly making an effort to grapple with the reasons they were wrong."

Osbourne refuses to accept any responsibility for how she conducted herself on the show and, in fact, has twisted the story to her advantage by depicting herself as a "sacrifical lamb," according to ET. She claims that the questions regarding Piers Morgan were sprung on her and that it was this surprise ambush by her co-hosts, not her own racism, that caused her to take it too far with Underwood.

Take a breath because it gets worse.

Osbourne's display of ignorance about racism on "The Talk" has caused countless instances of her past as a racist, slur-spewing public figure to resurface. In Yashar Ali's recent newsletter, he describes how evidence of Osbourne's offensive tendencies — calling her lesbian ex co-host Sara Gilbert a "p***y licker" and "fish eater," for example — has been long overlooked in the name of preserving Osbourne's image as a funky, British mother figure. But now that her outburst at "The Talk" has attracted both publicity and repulsed reactions, sources have come forward with their personal accounts of Osbourne's misconduct and refuse to stay silent.

Former co-hosts of "The Talk" Holly Robinson Peete and Remini left the show in 2011. When CBS announced that "The Talk" would go on a short hiatus, Robinson Peete brought up memories of when Osbourne complained that the Black co-host was too "ghetto" for the show and that this comment was shortly followed by Robinson Peete getting fired. Despite Osbourne's claims that "ghetto" is, in fact, not in her vocabulary, videos that show her calling Remini's speaking style, you guessed it, "ghetto" prove otherwise. Osbourne's racism doesn't end there. Remini disclosed that in 2010, Osbourne told her that "Holly (Robinson Peete) wasn't a good person, not to trust her and that we should find 'another Black person who is funny.'"

"The only thing worse than a disgruntled former employee is a disgruntled former talk show host. For 11 years Sharon has been kind, collegial and friendly with her hosts as evidenced by throwing them parties, inviting them to her home in the UK and other gestures of kindness too many to name. Sharon is disappointed but unfazed and hardly surprised by the lies, the recasting of history and the bitterness coming out at this moment. She will survive this, as she always has and her heart will remain open and good, because she refuses to let others take her down. She thanks her family, friends and fans for standing by her and knowing her true nature."

If this statement does anything, it reinforces Osbourne's stubborn refusal to take any accountability, and I have a feeling that it will do nothing to rehabilitate Osbourne's image.

Remini had more to share with Ali about Osbourne's controversial past — Osbourne spoke about her former Asian co-host Julie Chen in a horrifically offensive way. Ali writes, "According to Remini, in one exchange during the first season, Osbourne said of Chen: 'I mean, who the f**k does slanty eyes think she is? She shouldn't be pillow-talking with our boss.' In another exchange, according to Remini, Osbourne said of Gilbert: 'Why won't the p***y licker do anything about the wonton?'"

Wow. Those remarks are heinous on their own but become an even bigger pill to swallow considering the spike in anti-Asian hate crimes that have haunted us over the past year. Examples of Osbourne's hateful speech, though they were resurfaced from 10 years ago, are not going anywhere; they have become temporally linked to the "stop Asian hate" movement and, most recently, Tuesday night's shootings in Atlanta.

After all of this, it comes as no surprise that CBS is extending its probe into and hiatus on "The Talk" though next week, and honestly, I couldn't thank them enough for their decision. We all need a break.