Can more farmers be convinced to conserve and restore wetlands?

How can we conserve what wetlands we've still got, and build others back? 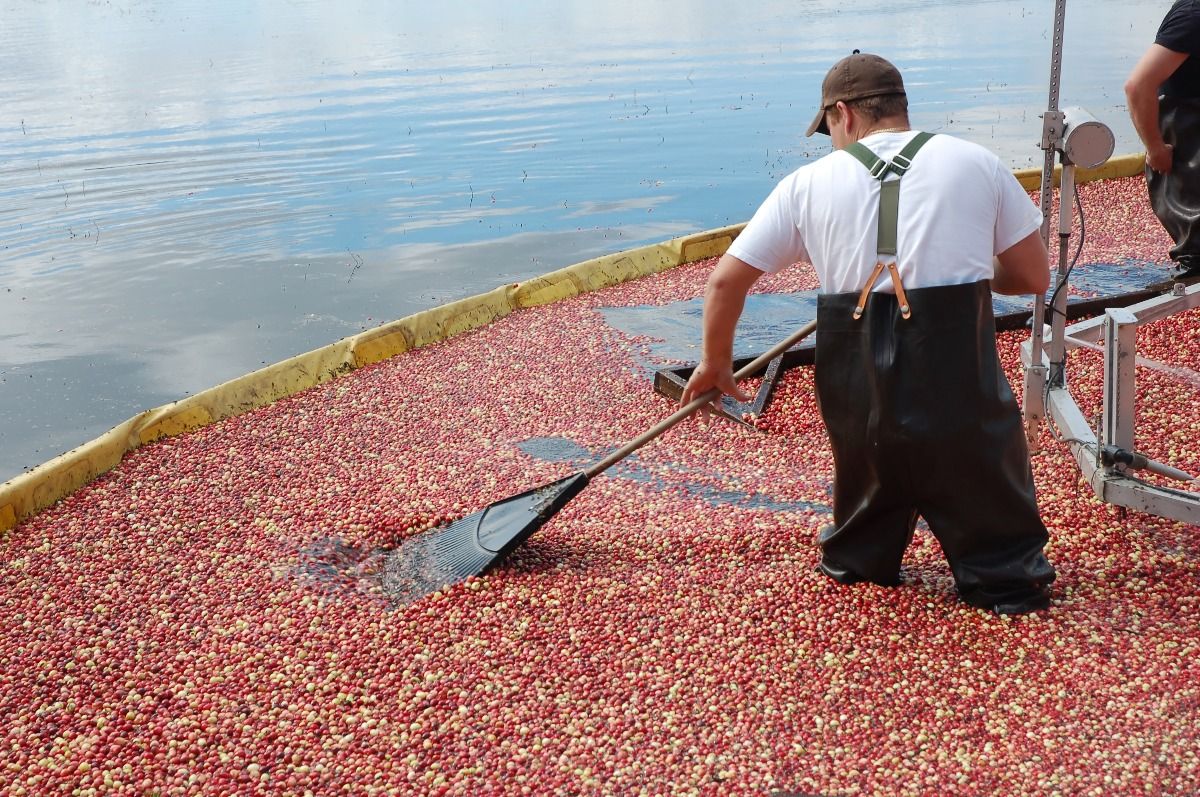 Across the U.S., waters have become increasingly infiltrated by plastics, sediment, drugs like antibiotics, and agricultural chemicals. Fertilizer and manure are common sources of two ubiquitous contaminants — phosphorous and nitrates — which are implicated in a variety of serious health– and ecosystem challenges. They're applied (and sometimes overapplied) on farms, from where they can leach into groundwater or runoff into streams and other waterways when it rains. This has created what Larry Weber, co-founder of the Iowa Flood Center (IFC) at the University of Iowa in Iowa City, calls a "water quality disaster."

Figuring out how to mitigate this crisis has been the work of myriad researchers over decades. Recently, environmental scientists at the University of Vermont identified 20 hotspots in farming counties where nitrates are overapplied, which has optimistic implications for figuring out where and how less of them can be used. Meanwhile, a joint University of Illinois Chicago/University of Waterloo study published last December modeled the nitrate-removing potential of wetlands — spots where water covers soil — in the Mississippi River Basin, the third largest drainage basin in the world. Researchers found that wetlands situated on farms, which are, ironically, places that generate so much nitrate pollution in the first place, have the greatest filtering potential. While "They can't solve the whole nitrogen problem," says Kimberly van Meter, the study's co-lead, "they can make a good contribution."

Wetlands have been regulated under the Clean Water Act, and protected by executive orders issued by President Jimmy Carter, since 1977. But in the past 200 years in the US, they have also been disappearing, at a rate of 60 acres per hour. Which begs the question: How can we conserve what wetlands we've still got, and build others back — especially in the places where they can affect the greatest benefit?

Just as their name avers without nuance, wetlands are low-lying parcels of land that are, indeed, wet — sometimes permanently, sometimes seasonally — and found both inland and in coastal regions. "Wetland" is actually an umbrella term for marshes, bogs, swamps. And while those descriptors may invoke thoughts of mosquito clouds and lurking alligators, wetland ecosystems support myriad unique and diverse species beyond biting insects and murderous reptiles: shrimp, migratory cranes, saltmarsh cordgrass.

Wetlands also act as our planet's kidneys, sponging up excess rainwater to prevent flooding, and filtering out some sediment and contaminants before they can reach springs, creeks, groundwater, ocean. Agriculture is the biggest polluter of our rivers and streams and the second biggest polluter of the wetlands themselves. According to the USDA, 41% of nitrates in the Gulf of Mexico, for example, come from agriculture.

The Prairie Pothole Region spanning the Dakotas, Minnesota, Montana, and Iowa is what conservation organization Delta Waterfowl senior vice president John Devney calls "One of the most incredible conservation assets on the continent." But 90% of critical, historic wetlands in that region have been lost, most converted to agriculture. Millions of acres of corn and soybeans, and rising numbers of hogs, are intensively raised in its states, creating "an existential problem between agriculture and water quality," says IFC's Weber. Nitrates flow into waterways in the Mississippi River system, travel down to its Basin, then on into the Gulf of Mexico.

Ninety-four percent of remaining (and still decreasing) wetlands in the region are on or adjacent to farmland, and keeping those intact, plus restoring even a small percentage of those that have been "ditched" or "tiled" (two methods of draining wetlands), could have a positive effect on water quality. Van Meter and her team found that by targeting wetland restoration to areas with the highest nitrate pollution — including on farms — and increasing wetlands in those places by 10%, nitrate pollution could be decreased by 54%.

There's a catch, though. Such an initiative would require removing 2% of U.S. cropland from production. And "It's hard to make a case about wetlands helping farmers unless they're conservationists themselves and want to make the environment a better place," says Cheryl Wachenheim, an economist at North Dakota State University in Fargo who studies agribusiness. In addition to not wanting to give up what they consider valuable cropland, she says commodity farmers don't want the "inconvenience" of navigating equipment around small wetland parcels.

Wachenheim's studies on ways to get farmer buy-in for conservation show they favor compensation for "working wetlands" over restoration. "Working" or "farming" wetlands when they're seasonally dry, and letting them lie when they go back to wet, allows farmers to counteract what Devney calls wetlands' "net liability, and the consequence of reduced agricultural production to the farmer doing everything in his power to monetize for his family."

Nevertheless, Craig Cox, senior vice president for agriculture and natural resources at the Environmental Working Group (EWG), says farmed wetlands are "incredibly controversial." They were a "weakness," he says, in the 1985 Farm Bill's "Swampbuster" provision, which otherwise prevents farmers from draining wetlands if they want to remain eligible for farm subsidies. According to Cox, routinely plowing and planting on top of a seasonally dry wetland "causes damage that is severe. Over time, the basin fills in with sediment and those wetlands' values and functions are degraded."

Ashley Steinke, a grassfed beef farmer in Chippewa Falls, WI, who's restored, at his own expense, 50 acres of wetlands on his property, is skeptical of the claim that farmed wetlands are always a profitable proposition for row crops like corn and soy. "Even ditched and tiled they're marginal because the hydric soils are still there," says Steinke, a wildlife biologist who once owned a wetland mitigation business. He thinks some farmers are compelled to plant them on what they'd otherwise consider "dead land," but doesn't think they necessarily "produce anything that's worth anything," he says.

Iowa alone contributes 29% of the Gulf of Mexico's nitrate pollution. Despite the fact that the EPA's Hypoxia Task Forcehas been actively attempting to reduce that load, between 2007 and 2015, "The [nitrate] load out of Iowa doubled and shows no signs of decreasing," says Weber. Manure production from expanding livestock operations, over-applying fertilizer, GMO corn that's "hungry for nitrogen, higher seed density that needs more nitrogen, and a leaky system" are all implicated, Weber says. "We're losing the race against the intensification of ag."

"If you wanna see a change in behavior, from my vantage you have to compensate the folks who have this unique asset," says Delta's Devney. "The best way is a voluntary incentive-based program. The Wetlands Reserve Program (now called the Wetlands Reserve Easement) has since 1990 been purchasing easements from farmers who agree to restore wetlands. Another federal program, the Conservation Reserve Program, provides 10 years' worth of rental payments to farmers that stop planting on farmed wetlands. However, says Weber, "Where you have interest and willing landowners, you don't have enough money to get them back into the natural system." As a result, wetland restoration and conservation "is not happening at scale, with the intensity we need," he says.

On the flip side is Ohio's H2Ohio program, which currently has 44 clean-water projects in the works and has earmarked $5 million to fund farmers willing to restore wetlands on their property. As of this writing only $1.7 million worth of acreage had been enrolled. Program managers attribute the deficit to the project's newness.

"Incentives are great to the extent that they provide a carrot for someone already considering the practice, but not so great for someone of the mindset that they're doing everything right and don't need to change," says Bill Hogseth, organizing director for the Wisconsin Farmers Union. He works with the Farmer-Led Watershed Council, a privately- and state-funded project in which farmers promote various conservation practices directly to other farmers in their local watershed. Farmer-to-farmer education, on the local level, Hogseth believes, is an effective way to bring even the reticent aboard. "The way I see progress being made is by having someone who can actually sit down and help you think differently about your specific piece of ground rather than, 'Research says this.' That bounces off farmers' brains," he says.

EWG's Cox doesn't thinks any voluntary incentive program will make the critical difference in increasing wetlands or decreasing nitrate runoff. "A voluntary approach alone is not sufficient and we're going to need to look at hybrid policy approaches" that include regulation and setting water quality standards, he says. "You shouldn't be able to do whatever you want on your land if what you're doing is polluting water or affecting people downstream."

Sarah Mock, an agriculture journalist and author of the upcoming book "Farm (and Other F Words)", goes a step further, favoring penalizing farmers for worst practices. "Incentives don't work, which we know for a fact because they've been a strategy for 30 years and it hasn't changed anything," she says. "Want to tile your wetlands? Pay a tile tax. If every farmer had to pay a tile tax, they would tile fewer wetlands."

Researcher van Meter thinks that wetland restoration has to be linked to other strategies to be effective. Better fertilizer management, decreased dependence on the ethanol that keeps nitrogen-needy corn in high production, prohibiting crop production along waterways, enrolling wetlands in easement programs, are all strategies various experts propose and that some communities are beginning to adopt — but perhaps not quickly enough. "We're crossing thresholds that are hard to ignore anymore, especially around drinking water," says Cox. "We need to recognize that we can't buy our way out of this."