The case for cooking with vinegar

From rice to wine to infused vinegars, you should be using this flavorful acid for way more than salad dressing 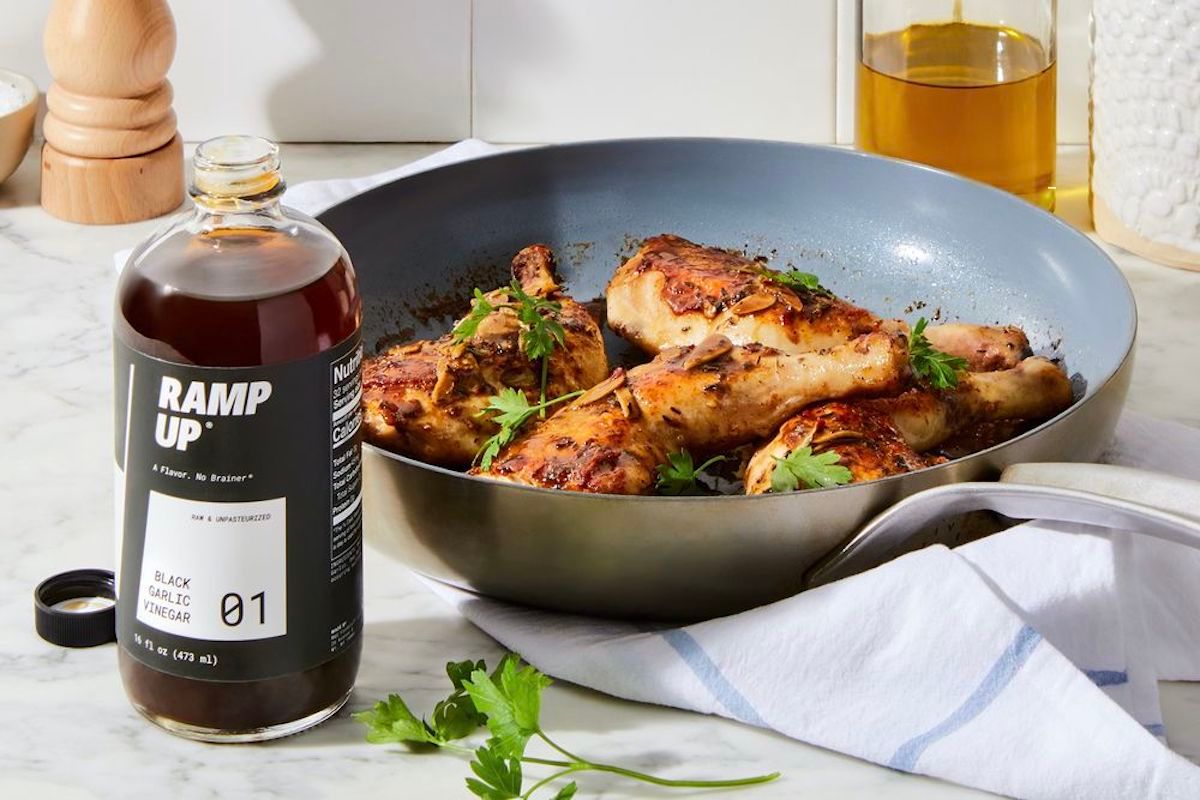 By an unfortunate set of circumstances, characterizing a person or thing as "sour as vinegar" implies negative traits. It may stem from the French origins of the word vinegar, vin aigre, meaning "sour wine" — an unfair assumption that all vinegar is made of bad juice. I can tell you for a fact, the best vinegars in the world are made of superlative ingredients, and fermented with intention. The outcome: a bright pantry staple that accentuates any food it touches.

Having worked in many restaurant kitchens, I couldn't count if I tried the number of times I've heard a chef say, "If a dish is missing something, it probably needs acid." With this in mind, I wrote a book called "Acid Trip," in which I traversed the globe learning how to make myriad vinegars, as well as cook with them. I'd be lying if I said I found one steadfast rule for how to use vinegar, aside from the belittling option to use it to clean.

From rice vinegars to wine vinegars, not to mention the ubiquitous balsamic (a grape-juice-based vinegar), my eyes were opened to the truth that vinegar shouldn't be limited to zingy salad dressings, or even the ever-hip shot of apple cider vinegar when feeling under the weather. It may sound like a generalization, but I believe that the majority of people shy away from vinegar because they think it's "too strong." It is strong, but that's not a negative. With the proper know-how, and a small (or large!) assortment of bottles, cooking with vinegar can be as easy to incorporate into your cooking routine as adding salt to taste.

How is vinegar made?

Vinegar is made by converting a starch into sugar, which is then converted into alcohol and fermented. It's really as easy as that — well, it's not that easy, there's also the matter of time, temperature, and tradition (but that's another story).

There are more or less four standard categories that serve as vinegar bases: Sugar (including honey, cane, and maple); fruit (including apple cider, and sometimes vegetables); grain (which can be split into further subsets: rice and beer, or malt); and wine (white, red, rosé, sherry). For a list of some of my favorites in each category, see the end of this piece.

How to cook with vinegar

An abundance of new artisans in the U.S. are doing the hard work for us, creating vinegars out of everything from sweet apple cider to hoppy IPAs. This is good news for folks who like to cook, as vinegar is the secret to many well-known sauces. It's most commonly used to balance fat or sugar: In the French canon, béarnaise sauce, born from hollandaise, cuts through the fat of a juicy steak. Gastriques, made by caramelizing sugar and deglazing it with vinegar, can be used on their own as a glaze for root vegetables or game meat (like duck à l'orange). The Italian sweet-and-sour agrodolce reduces vinegar with sugar to make the likes of a caponata. And don't forget about uncooked sauces like Argentinean chimichurri, Thai prik nam som, and even some salsas (check out Brazilian molho a campanha for grilled whole fish!). Even in American pantries, many go-to condiments (ketchup, mustard, mayonnaise, BBQ sauce, hot sauce) utilize vinegar as a key ingredient.

Vinegar brightens otherwise bland soups, gives stews more depth, and lifts off flavorful fond in a pan (more flavor than water and easier to part with than wine) after roasting a thick piece of meat. But vinegar can also be used to lighten up cake batters to make for an airier crumb, stabilize egg whites in meringues, or produce fluffy cloudlike curds in homemade ricotta. And with the recent boom of nonalcoholic drinks, vinegar-based shrubs and switchels are everywhere these days.

Although a vinaigrette is probably the most widely used application for vinegar, there is a real art to making a well-balanced version. I recommend tasting a vinegar solo and augmenting from there. A good place to start is with a ratio of three parts oil to one part vinegar. My favorite cold-weather dressing is brown butter and balsamic (Acetaia San Giacomo, La Cà dal Nôn, and La Vecchia Dispensa are my holy trinity); and for warmer months I prefer a citronette, made with equal parts citrus juice and white wine vinegar.

One of the simplest, most eye-opening uses I found while researching my book was simply a small spoonful of red wine vinegar poured over fried eggs, which I came to know as oeufs à l'assassin, or "murderer eggs." Vinegar adds the acid an egg doesn't inherently have, bringing out the true creaminess of the yolk.

Recently, I've noticed an influx of exemplary infused vinegars on the market, similar to those that have sat on the rails of restaurant kitchens for decades — a "secret" finishing touch to many dishes on the pass — and that use more than spent herb stems as their infusion ingredients. It's easy enough to infuse your own vinegar at home: Just find a straightforward vinegar, either rice or white wine, and steep herbs, spices, or other seasonings in it for a few days to weeks, or even months.

Still, I'm more than impressed by companies like Manhattan-based Ramp Up, which are going a step further to develop more flavor. Vinegar, after all, is a flavor extractor and amplifier. Ramp Up pre-ferments their infusion ingredients before adding vinegar in order to intensify the flavors' impact. Their turmeric-infused white wine vinegar brings a nice pungent bite — a few drops on top of fish highlights its delicate flavor and fat. Red-miso-infused vinegar amps up the savoriness of red meat and adds a hit of umami to pan sauces. And hey, why not put it in cocktails? Grace a Gibson — usually garnished with a cocktail onion — with a splash of their ramp-infused vinegar. YesFolk in Troy, New York, ferments kombucha into vinegar, which still shows pure expressions of the teas they start with (jasmine, yaupon, sencha): Use them as you would a more floral herb-infused vinegar. Brightland is infusing California citrus into Champagne vinegar, which tastes like sunshine in a bottle; with a little residual sugar left in the ferment, it can easily be applied directly to a salad — no need for oil.

All that said, I feel we do our collective palate a disservice by using "vinegar" as an umbrella term. Sushi rice calls out for rice vinegar, not only for the synergy of rice on rice, but also because it creates a more profound depth of flavor. It also stops the cooking process by effectively shellacking the grains to halt the steaming, so you don't get soft, broken, overcooked rice — all the while, not staining the grain, as a deeper-hued vinegar would. What is an oyster without a mighty mignonette (wine vinegar)? Or an ACV shot without, well, the fruit vinegar for which it's named? Find your vinegar's true calling, and it will be there to brighten your world.

Start your vinegar journey with these bottles

Though there are four main types of vinegar, the nuance is only just beginning. Here are a number of vinegars I'd recommend adding to your pantry.

This post contains products independently chosen (and loved) by Food52 editors and writers. As an Amazon Associate and Skimlinks affiliate, Food52 earns a commission on qualifying purchases of the products we link to.