Can you freeze potatoes? We investigated

The freezer keeps so many things fresh for months — does this apply to spuds? 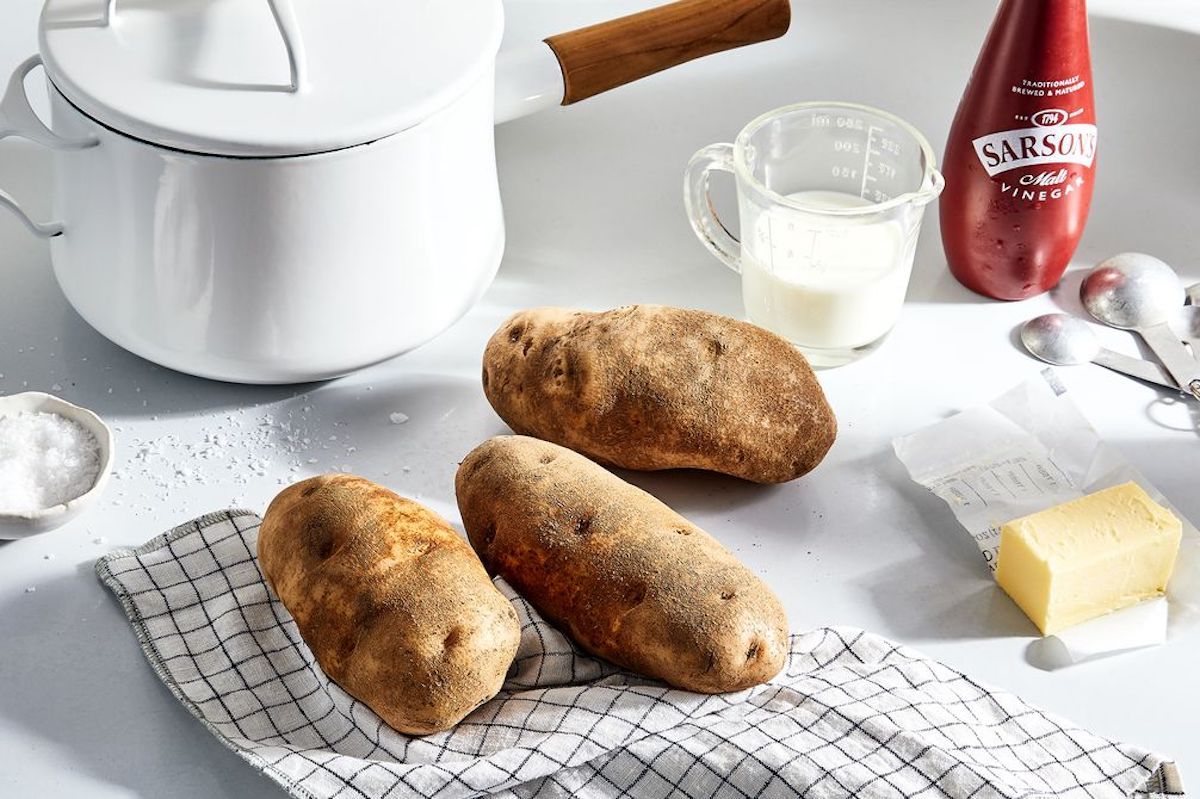 A dear friend of mine is famous (infamous?) for once dropping her purse only to have several raw potatoes roll out onto the floor — intended for just the sort of emergency one might encounter in a place with a microwave but no food, like an office, for many, in "the before times." For those of us without such forethought, the frozen potato offers a glimmer of hope.

This year has seen the frozen sweet potato seize its rightful place in the zeitgeist (the traditional Chinese technique makes sweet potatoes fluffier and more flavorful), but what of other potatoes? Wouldn't it be wonderful if, instead of losing sleep over that bag of potatoes growing eyes and going green on the countertop, or arriving at work only to find your purse short a spud, you could rest easy in the knowledge that they were waiting for you in the freezer? It was a beautiful idea. And so I decided to investigate.

The experiment: Can you freeze potatoes?

Your intrepid reporter set out to test the promise of the frozen potato by, well, freezing some potatoes. I froze russet, red, and Yukon gold potatoes, and tested both an overnight freeze and a one-hour chill. Next, I allowed the potatoes to thaw, and then baked them alongside some raw, unfrozen potatoes. As you might imagine, the ordinary potatoes emerged convincingly baked, and potato-y (what more is there to say?). Alas, the frozen potatoes fared far worse. When I cut them open, I found their flesh glistening and unpleasantly starchy. It was as if someone had crossbred ordinary potatoes with powdered mashed potato mix. They were the solid equivalent of gloopy.

Why did this happen? When ice crystals formed inside the potatoes during the big chill, they sliced open cell walls and damaged the starch granules that give potatoes their distinctive texture. Instead of baking off fluffy with discrete granules of starch, the result was just one solid block of undifferentiated glop.

But wait! Don't give up hope

All is not lost when it comes to freezing potatoes. If a frozen raw potato fails the potato Turing test (it could never fool you into thinking it was a real, unfrozen potato), a frozen cooked potato really walks and talks like a potato. Though this works for baked, boiled, or fried spuds, the best way to stock the freezer for your future potato needs is to parboil them. Simply clean the potatoes and boil them until they start to soften — but not until they are fully cooked — which should take about 8 to 15 minutes depending on the size. (Figure about 8 minutes for smallish Yukon golds, and increase the time from there.) Then, plunge the potatoes into a bowl of ice water to halt the cooking. Allow them to cool completely, then freeze in a single layer on a sheet pan lined with parchment (keep them separate until frozen so they don't stick together). Once totally frozen, place in an airtight container until ready to fully cook.

From now on, your freezer will be stocked with spuds, ready at a moment's notice. You'll thank me next time you drop your purse.

Now that you're rolling in potatoes, try these recipes: