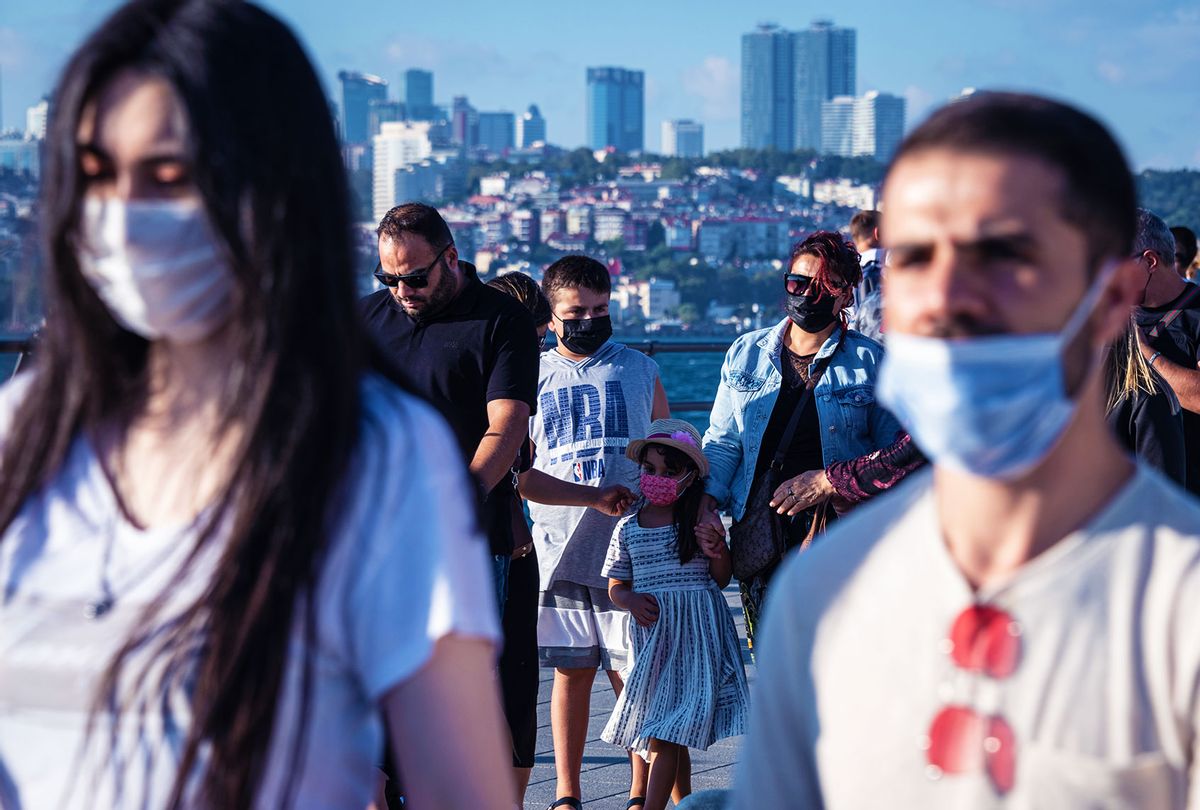 Vaccine prioritization is both necessary and important, with a demand for coronavirus vaccines much greater than supply. These policies assure the most at-risk populations are protected from COVID-19. This has included front-line workers (ie. patient-facing nurses and doctors), the elderly, and those with serious health complications. Other non-healthcare priorities are those employed in firefighting, retail, public transport and logistics.

We have needed these phased distribution efforts to ensure a compassionate framework for high-risk populations. These initial plans were adequate, but findings from two case studies of immunocompromised people highlight a new priority for vaccination. These emerging data highlight two poignant facts — immunocompromised people lack the ability to fight COVID-19, rendering poor health outcomes while also serving as an unintended launching pad for SARS-CoV-2 evolution.

Immunocompromised people have weakened immune systems, so the virus sticks around longer and copies itself to a high degree. Through this process, the virus adapts to its human cellular environment faster than normal, promoting mutations and potentially the formation of more transmissible variants. This is in some ways analogous to how incorrect or inconsistent dosing of antibiotics can cause the rise of antibiotic-resistant bacteria.

The first evidence for enhanced SARS-CoV-2 evolution within immunocompromised individuals was reported in the New England Journal of Medicine in late December 2020, from a 45-year-old man with an autoimmune disorder called catastrophic antiphospholipid syndrome (CAPS) who had contracted COVD-19. People with CAPS are often treated using combination therapy that suppresses the immune system to repress autoimmunity. The man battled the virus successfully at first and lowered levels of viral load were seen approximately 39 days after infection. One month later, however, he was hospitalized with symptoms of COVID-19 and again tested positive, one of three recurrences.

Over his 154-day battle with COVID-19, the research team continued taking samples from the patient to characterize the virus's evolution. Using sequencing technology, researchers monitored the viral genome through infection. The results were striking – they saw that the virus in his body had evolved substantially compared to existing strains in circulation at the time. Some strains contained the same mutations later found in circulating COVID-19 variants like E484K and N501Y that are associated with increased transmission.

A secondary piece of evidence for accelerated COVID-19 evolution was reported in early February 2021. A person undergoing chemotherapy for B cell lymphoma was in an immunocompromised state when they also contracted COVID-19. Through similar methods to the first study, researchers took samples from the person to assess how SARS-CoV-2 was evolving in their body.

Once again, they saw significant evolution of the virus. They detected many viral variants unique to this person through the 102 days of testing. One dominant viral variant in the population included deletion of amino acids 69/70, mutations also seen in circulating variants.

Further investigation showed the danger of these variants, as they were better able to avoid detection by antibodies known to neutralize original SARS-CoV-2. With mutations being concentrated in the spike region and thought to change the architecture of the spike, the rapid evolution of the virus points to an urgent need to prioritize vaccinations for immunosuppressed patients.

Despite this evidence, the urgency of prioritizing immunosuppressed people for vaccination has not been translated into public health plans. In the US and Canada, there has been mention to prioritize "those with underlying medical conditions," but no focus on specifically targeting immunocompromised patients. The European Union and the UK's focus is similar as well. Vaccination efforts remain focused on healthcare personnel and the elderly, although in some US states vaccine availability has rapidly expanded and other categories of people are now eligible.

Policymakers need to consider emerging data from the scientific community. A pivot towards vaccinating immunocompromised people could still use the existing framework of focusing on the most elderly and at-risk populations, requiring a minor deviation from current plans.

The generosity of the immunocompromised people who gave their samples for research – both of whom died from COVID-19 – cannot be understated. The samples taken throughout their treatments illuminated an overlooked aspect for more compassionate patient treatment. Even disregarding the public health perspective, immunocompromised people should be prioritized for COVID-19 vaccination to avoid serious health complications.

By drastically changing course and prioritizing immunocompromised people for vaccination, we can achieve two important goals by addressing public health concerns by limiting opportunity for viral evolution and protecting this group of more vulnerable people from serious COVID-19 complications.