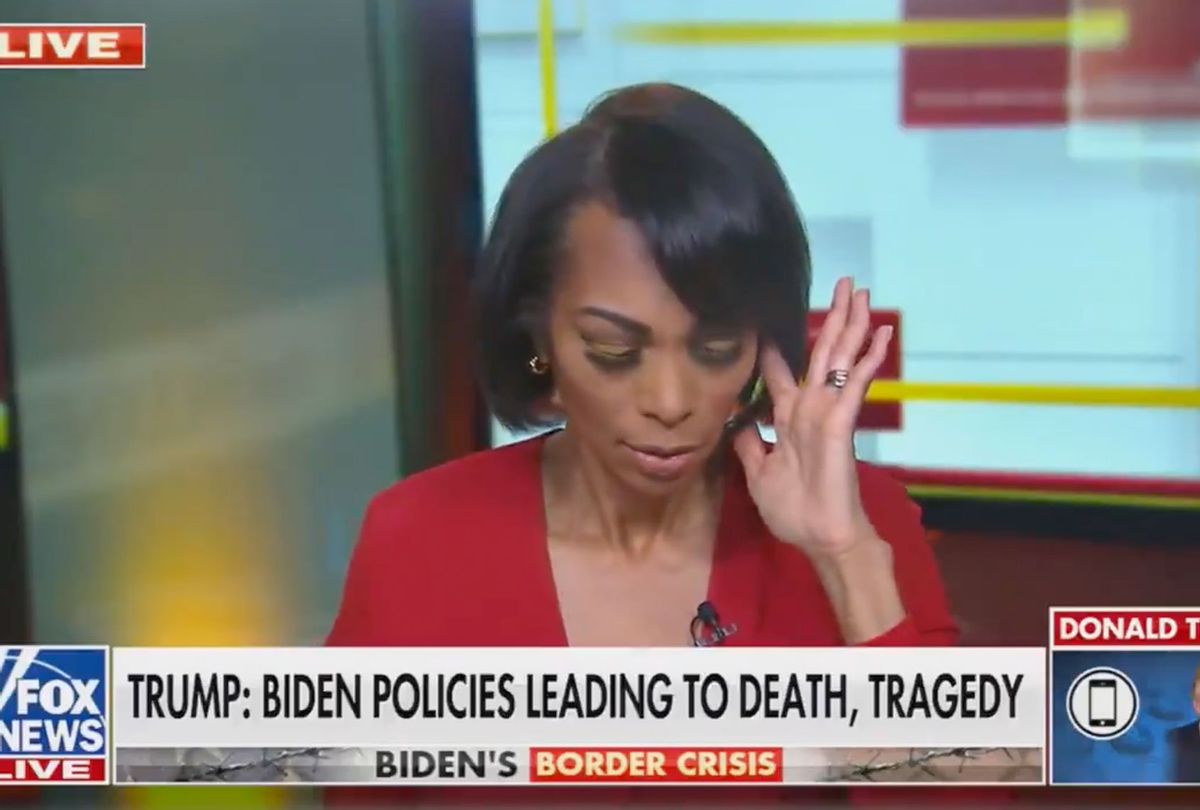 During a live interview with Donald Trump Monday morning, Fox News anchor Harris Faulkner made a rather outlandish error, telling the former president that Department of Homeland Secretary Alejandro Mayorkas had resigned, to which Trump declared a "victory." But there's one catch: Mayorkas never resigned.

"I want to get to this because it just happened now," the Fox News anchor began. "I want to double-check this with our producers. The DHS Secretary Alejandro Mayorkas has resigned, Mr. President."

Without skipping a beat, Trump indulged in the truly fake news generated by the Fox News anchor. "I'm not surprised. Good. That's a big victory for our country," he replied.

Faulkner, looking bewildered, was forced to almost immediately correct the record on air.

"Hold on. Let me stop, let me stop. Let me listen to my team one more time. Forgive me," Faulkner said, issuing a retraction of her own reporting. "Forgive me. That has not happened, but and I apologize."

Following the botched interview, a Fox News spokesperson told Salon that the mistake was made due to "a virtual working environment" but did not add any further explanation or details. "The error stemmed from an audio issue in a virtual working environment. We corrected the mistake and continued on with the interview," the spokesperson wrote in an email.

During that same interview Monday morning, Faulkner found herself in another awkward situation after asking Trump why he is so outspoken about President Joe Biden's immigration policies.

"Most ex-presidents like yourself don't weigh in at this level. Why did you feel you needed to on this issue?" the host asked Trump.

The former president then replied, "Well, you called me. I didn't call you in all fairness."