More than 50,000 demand that Israeli PM Benjamin Netanyahu resign over criminal indictments for bribery and fraud 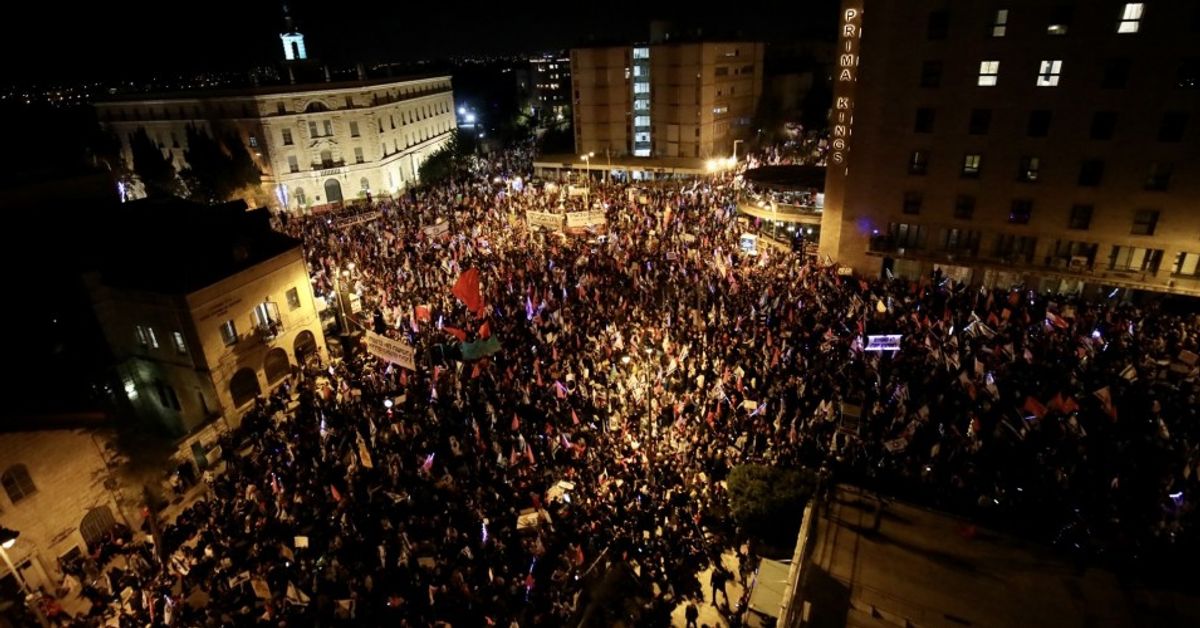 Tens of thousands of people gather in front of the Israeli Parliament during a pre-election demonstration to protest against Israeli Prime Minister Benjamin Netanyahu, in West Jerusalem on March 20, 2021. (Mostafa Alkharouf/Anadolu Agency via Getty Images)
--

Over 50,000 Israelis demonstrated outside the residence of right-wing Prime Minister Benjamin Netanyahu in Jerusalem Saturday evening, demanding his resignation just three days before the country's fourth election in two years.

The final mass protest before the March 23 elections drew the largest crowd of many previous anti-Netanyahu protests held over the past year.

Protesters from all across the country marched from the Knesset to Jerusalem's Paris Square, which abuts Netanyahu's residence on Balfour Street. Protesters filed through streets closed to traffic by police, waving black and pink flags, banging drums, blowing horns and shouting chants to replace Netanyahu over his indictments on charges of bribery, fraud and breach of public trust.

The altogether message of the protest was clear: Go vote. Switch the government. Bring about change.

"In three days, he's gone!" cried out Lior Ashkenazi, famed Israeli actor and anti-Netanyahu activist. "The most stubborn protest Israel has ever known, and perhaps even the most justified, overthrew the government and gave us all the opportunity to re-elect our leaders. Our future."

Netanyahu's right-wing Likud may emerge as the biggest party in the March 23 election, but various opinion polls predict no clear winner with a majority in parliament to be able to form a government.