Progressives have introduced a bill to boost IRS budget to increase audits of the rich and claw back $1.2 trillion 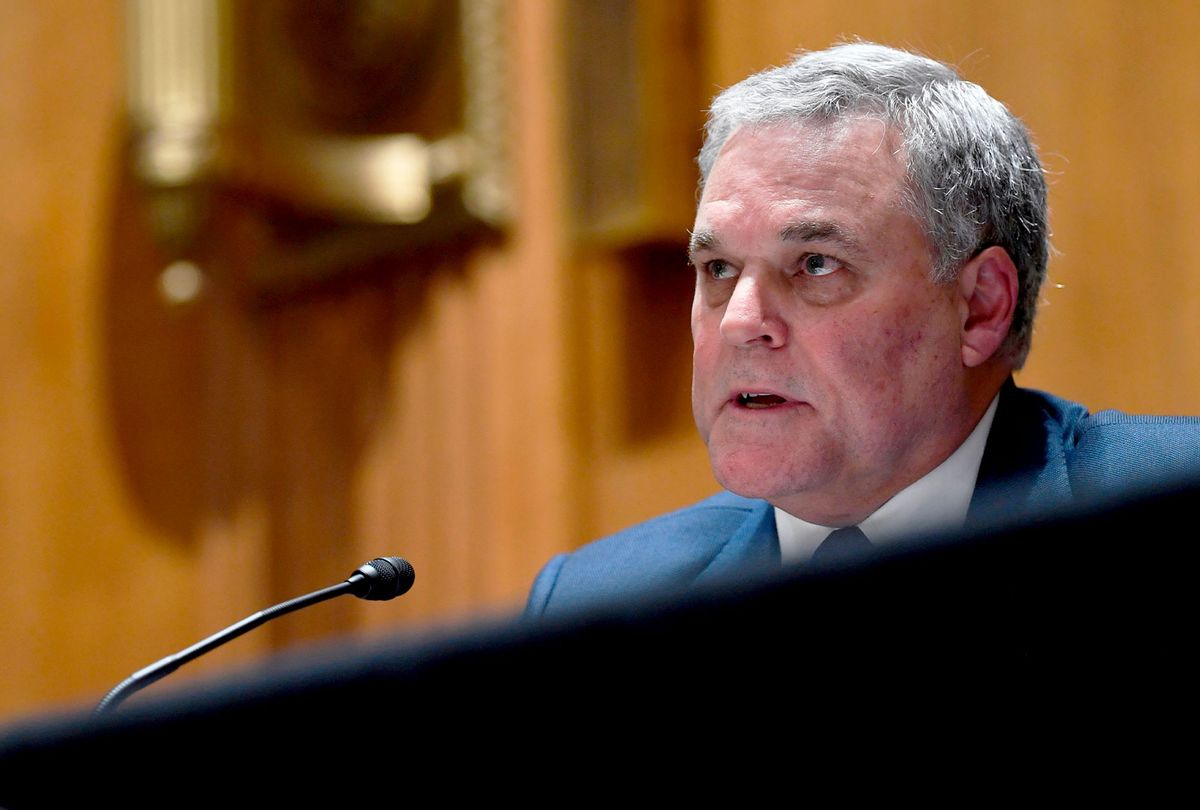 Internal Revenue Service Commissioner Charles Rettig testifies before the Senate Finance Committee on Capitol Hill in Washington, DC on June 30, 2020, during a hearing on the 2020 filing season and COVID-19 recovery. (SUSAN WALSH/POOL/AFP via Getty Images)
--

The wealthiest 1% of Americans fail to report more than 20% of their income to the IRS, and some of those ultra-rich people use "sophisticated evasion technologies" and criminal tactics to avoid paying their full share, according to a new analysis by researchers at the IRS and economists.

The analysis estimated that the top 1% of households fail to report 21% of their income. Nearly a third of that is through sophisticated schemes that random IRS audits fail to detect. The trend is even starker among the top 0.1% of earners, whose unreported income may be twice as high as the IRS estimates.

The analysis was first reported by The Wall Street Journal, which noted that some of the tactics would be categorized as "clear criminal tax evasion" while some fall into the "grayer areas of noncompliance." These tactics include using offshore tax havens, Daniel Reck, a professor at the London School of Economics and the paper's lead author, told the outlet. The analysis estimated that random IRS audits found taxpayers' offshore accounts just 7% of the time. Though stricter reporting requirements have cracked down on such behavior, the tactic may actually be increasing through the use of partnerships and pass-through income entities that are more difficult for the IRS to track.

"There is more revenue than you might have thought at the very top," Reck said. "What's needed is a broader strategy that involves increased scrutiny of pass-through businesses [and] investments in the comprehensive audits that the IRS does in its global high-wealth program."

IRS Commissioner Charles Rettig referenced the research during a congressional hearing last week and echoed Reck's call to boost funding for IRS, arguing that each additional dollar spent on enforcement could bring back up to $5 to $7 in additional revenue.

"It is not just a body count of how many people we have in enforcement," he said. "We need to have specialized agents."

Reck, along with Carnegie Mellon University economist Max Risch, UC Berkeley economist Gabriel Zucman and IRS researchers John Guyton and Patrick Langetieg, used internal IRS data to estimate the amount of income that is not reported to the tax agency compared to the IRS' estimates. They estimated that underreported income among the top 1% is about three times more than the 7% rate among the bottom 50% of earners — and significantly above the level that random audits detect.

This problem may have gotten worse in recent years as the IRS budget has been steadily cut over the past decade. As a result of the budget cuts and the costs of auditing high-income individuals with complex tax returns, the agency now audits poor Americans who claim the Earned Income Tax Credit at the same rate as the top 1%, ProPublica reported in 2019.

A coalition of dozens of progressive groups called on the Biden administration to address this trend in February, arguing it was a matter of racial equity.

Researchers at the University of Syracuse last year found that the number of audits of taxpayers earning over $1 million has dropped 72% over the past eight years, even though audits of millionaires in 2012 found $4.8 billion in unreported taxes. And while the IRS audited 93% of large corporations in 2012, finding $10 billion in unreported taxes, just one in three of the biggest 755 corporations in the U.S. were audited in 2020.

"From a policy perspective, our results highlight that there is substantial evasion at the top which requires administrative resources to detect and deter," Reck's analysis said. "We estimate that 36% of federal income taxes unpaid are owed by the top 1% and that collecting all unpaid federal income tax from this group would increase federal revenues by about $175 billion annually."

In all, unreported income is estimated to cost more than $600 billion in revenue this year and more than $7.5 trillion over the next decade, roughly half the projected federal deficit over that stretch, according to The New York Times.

Two progressive lawmakers have introduced bills to boost the IRS budget aimed at enforcement to make up some of this revenue.

Rep. Peter DeFazio, D-Ore., would set minimum audit levels of high-income individuals and corporations and modernize the agency's dated technology. Rep. Ro Khanna, D-Calif., introduced a similar but more aggressive bill, which would boost IRS enforcement funding by $70 billion while requiring the agency to audit 95% of large corporations, 50% of individuals earning more than $10 million per year, and 20% of those earning more than $1 million.

Khanna's bill would also require third-party verification of business income over $400,000 the same way that wage income is reported to the IRS through W-2 forms, a plan backed by former IRS Commissioner Charles Rossotti.

An analysis by Rossotti, former Treasury Secretary Lawrence Summers and Wharton School professor Natasha Sarin estimated that investing $100 billion in the IRS over the next decade would generate between $1.2 trillion and $1.4 trillion in additional revenue.

"After years of Republican budget cuts and skewed priorities, the IRS now audits those who make $20,000 at about the same rate as the top 1%, even though the vast majority of unpaid taxes are attributable to wealthy tax cheats," Frank Clemente, the executive director of Americans for Tax Fairness, said in a statement. "Rep. Khanna's bill would go a long way towards making things right. It mandates minimum audit levels for the wealthy and large corporations and gives the IRS the funding it needs to help make sure that those at the top are paying their fair share of taxes."