After pointing out that "The View" has only ever had one Asian American co-host, McCain mused about qualifications 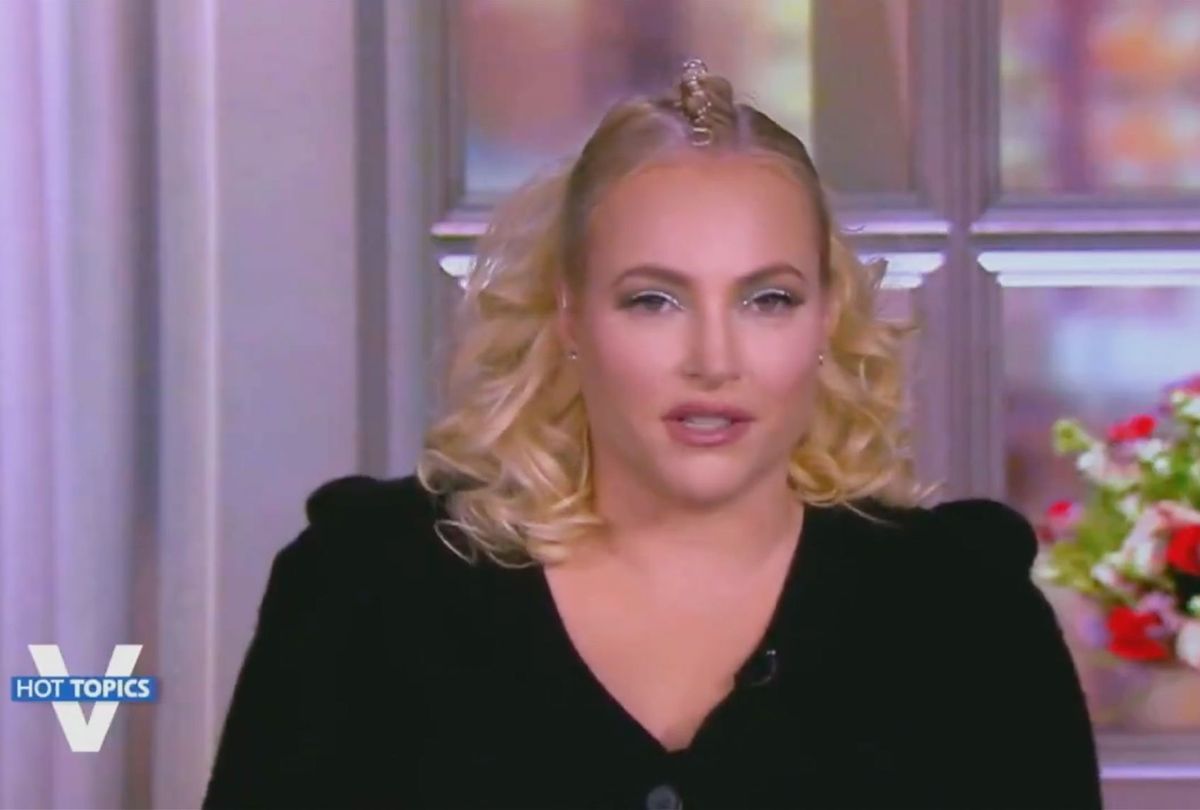 Meghan McCain from The View (ABC)
--

Meghan McCain once again finds herself at the center of online controversy, this time for complaining that demands for more diversity in President Biden's administration are simply a "natural progression of identity politics."

On Wednesday's episode of "The View," the co-hosts discussed Democratic Illinois Sen. Tammy Duckworth's recent pledge to vote no on "all non-diversity nominees" until Asian Americans are named to more high-level positions in the Biden administration. Duckworth told CBS News, "We don't have anybody either (at a senior level) in the West Wing or in a cabinet-level position, and I don't think that's a good message to send to a significant portion of our nation's population — a population that's really hurting right now after a year of being under attack."

21-year-old Robert Aaron Long went on a shooting spree in Atlanta and killed eight people, six of whom were Asian-American women, last week.

On Wednesday, McCain directed a question to her fellow co-hosts and viewers: "We've only had one Asian American host co-host this show. Does that mean one of us should be leaving because there's not enough representation?"

McCain fretted that someone who is "more qualified who happens to be a white straight person who has more experience" in their field may lose out on opportunities to a "minority with less experience."

In response, Sunny Hostin pointed out "it's not about gender and race being more important than qualifications" it is about "the fact that there are many qualified women and minority candidates that never get the opportunity because of the advancement of generally white male mediocrity."

Racism is also being directed at yet another group: Black farmers, a group mentioned in McCain's bizzarre rant. The Biden's recently passed American Rescue Plan sets aside $5 billion in aid, mainly debt relief, directed to Black farmers, who have historically been discriminated against by the U.S. government, in particular. That has bothered many Republicans and right-wing commentators like McCain.

During an appearance on MSNBC's "PoliticsNation with Al Sharpton", John Boyd Jr., the president of the National Black Farmers Association called Graham out.

"I've been by his office and asked him to help me fix the problems at the United States Department of Agriculture that caused Black farmers to lose millions of acres of land and address the lack of loans and subsidies," he said

He added: "He's never once used his megaphone to speak out against the discrimination."

In the latest of attacks against Black farmers, Steven Crowder, a conservative commentator also made a horrifically racist reference to slavery.