Amelia Simmons created cupcakes. If that wasn't enough for the history books, she wrote the first American cookbook 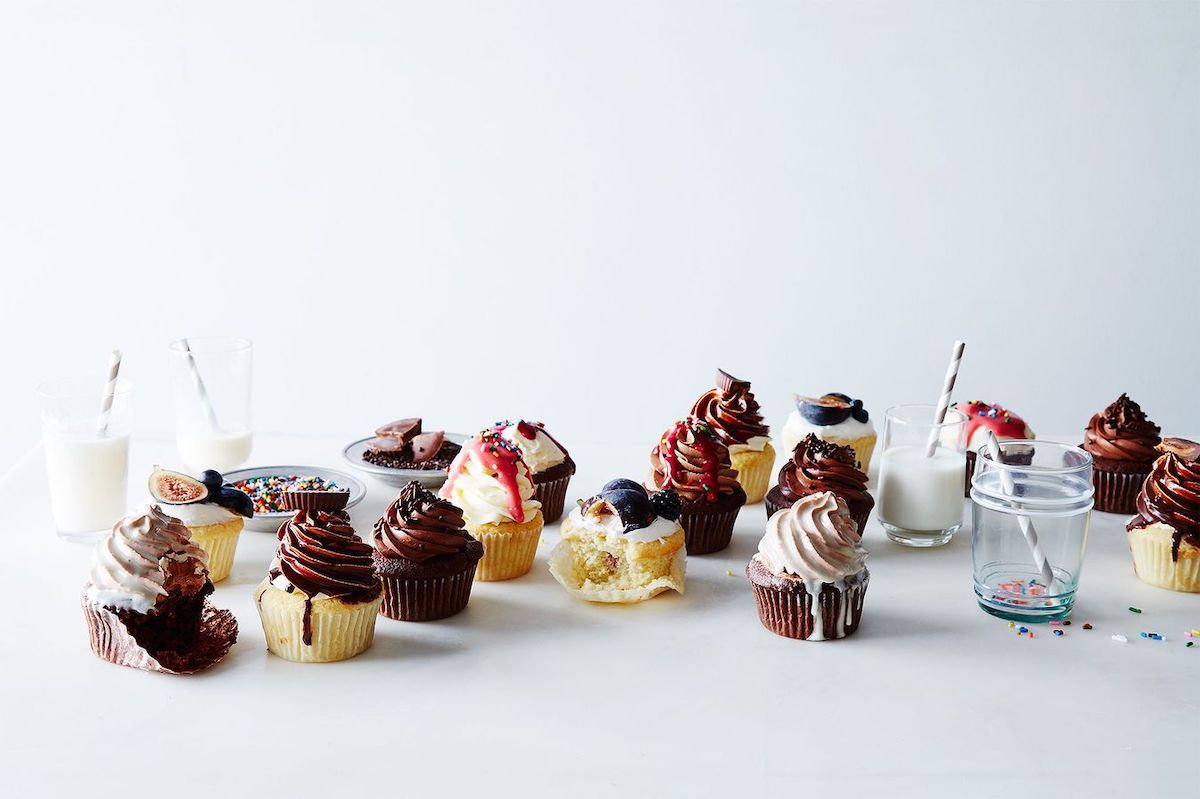 Amelia Simmons invented the cupcake. And if that wasn't enough for the history books, when she first published her cookbook in 1796, she cemented herself as the author of what is now recognized as the first American cookbook.

American Cookery, or (to give its full title) American Cookery, or the Art of Dressing Viands, Fish, Poultry and Vegetables, and the Best Modes of Making Pastes, Puffs, Pies, Tarts, Puddings, Custards and Preserves and All Kinds of Cakes from the Imperial Plumb to Plain Cake. Adapted to This Country, and All Grades of Life (catchy, right?), is considered by food historians to be the first cookbook published in the U.S. by an American. The book included 119 recipes, marrying the traditions of British cooking at the time with new American ingredients, like "pompkin" (pumpkin), "cramberry-sauce" (cranberry sauce), and molasses in place of British treacle; it was also one of the first books (yet another pioneering moment for Simmons) to introduce the use of "pearlash," a precursor to the baking soda most home cooks keep in their pantry. Before American Cookery, the only cookbooks available in the U.S. were British. In the introduction to a 1996 edition of American Cookery, food historian Karen Hess characterizes the book as inherently American, citing "the bringing together of certain native American products and English culinary traditions." (And really, what could be more American than a cupcake?)

Figures like Fannie Farmer, author of the 1896 volume The Boston Cooking-School Cook Book (now known as The Fannie Farmer Cookbook), are still well regarded in the industry today; but surprisingly, for such an important historical figure, and all those "firsts," Simmons remains relatively unknown.

Simmons identifies herself in her book's preface as "an American orphan." It's generally assumed that she worked in domestic service, and hailed from the Northeast, either Hartford, Connecticut, or in New York's Hudson Valley.

"She was establishing herself as someone who struggled early on but made something of herself," Elizabeth Fleitz, an associate professor of English at Lindenwood University in Saint Charles, Missouri, told me in an email exchange. At this time in the U.S., orphaned young women were not given much agency — as Simmons writes, women without family or money, "must depend solely upon character."

"What's more stereotypically 'American' than that?" notes Fleitz of Simmons's attitude. "It's relatable, it's inspiring, and it makes you want to know more about her."

Unfortunately, there's not much more information on Simmons to be found.

Pamela Cooley, an archivist, instructor in historical cookery, and a leading expert on Simmons, explains one theory: She may have died shortly after publishing the second edition of American Cookery, in the same year as the first. "Other cookbook writers of that time we do know something about, like English writers, and even just 10 years later [than American Cookery's publication] we knew a lot about other American women authors," she explains, calling to mind writers like William Verral, author of A Complete System of Cookery, published in 1759 in London; or Mancunian Elizabeth Raffald, whose book The Experienced English Housekeeper was published in 1769.

Fleitz though, has another hunch: that Simmons's absence from mainstream food history is simply because of her gender. "In part it's likely due to misogyny, since it would be hard for a woman to be published elsewhere other than cookbooks."

In her writing on the topic, Fleitz points to cookbooks as a unique space where a woman could "establish her own voice, expertise, and ethos, even while remaining inside a patriarchal paradigm." Social historian Janet Theophano echoes this sentiment in her book Eat My Words: Reading Women's Lives Through the Cookbooks They Wrote, emphasizing the importance of cookbooks as "opportunities for women to write themselves into being." Fleitz also notes that classism played a huge role in the little information available on Simmons: "Since she was a domestic servant, that's why there aren't other documents to establish her existence, such as real estate records." In The Atlantic, Andrew Beahrs describes Simmons's writing as "sure and confident," another surprise, given that the degree of literacy required to write and publish a cookbook in the late 1700s would have been unusual for an American woman, particularly a woman of Simmons's modest social standing. When she registered the copyright for her book in 1796, of approximately 78 registrations, Simmons was one of only two women to register a copyright in the U.S. that year.

Though we can assume she likely had little formal education, by the time the book went into its second edition (later in 1796), Simmons included a new introduction to correct the numerous mistakes and additions made by the transcriber. "She was really mad," notes Cooley, "because the transcriber made a lot of errors," as well as included a "market guide" (which reads similarly to many cookbooks published today, offering the reader instructions on how to pick out the best produce). But Simmons had higher expectations of her audience, acidly calling the guide, "an affront upon the good sense of all classes of citizens," claiming that it was added to the manuscript without her knowledge or consent, due to "the ignorance or evil intention of the transcriber for the press."

While Cooley notes that a lot of the recipes in American Cookery are directly copied from English cookbooks, some of them "copied word for word" from existing cookbooks (a common practice at the time), we can assume many were written by Simmons herself.

In her research, Cooley notes that going into service in a kitchen (as it is believed Simmons did) would have given her "the guidance of 'virtuous guardians,' who might have aided her in developing her culinary expertise," which she would then have used in creating some of the recipes in American Cookery.

While many of the ingredients mentioned in American Cookery are recognizable, and the recipes usable, by today's standards, others are a bit odd. Though Simmons effectively published the first cupcake recipe (she called it "a light cake to bake in small cups"), it's quite different from the treat we know today.

"Half a pound sugar, half a pound butter, rubbed into two pounds flour," reads the first part of the recipe, which feels comparable to the average cake. Then, things take a turn: "one glass wine," plus the same amount of rose water. (How big a glass? Your guess is as good as mine.) Nutmeg, cinnamon, currants, and "emptins," (which American Heritage defines as "a mixture of hops and the dregs of beer or cider casks," theoretically introducing yeast to the cakes as a leavening agent, given there are no eggs, baking powder, or baking soda here) — no measurements given — round out the recipe. To me, these "cupcakes" are more akin to a modern fruitcake or British Christmas cake than a boxed mix of Duncan Hines Classic Yellow.

By 1828, the term "cup cake" was used in Eliza Leslie's Seventy-Five Receipts for Pastry, Cakes, and Sweetmeats cookbook. Though the recipe was starting to look a bit more comparable to today's cupcakes (eggs, molasses, brown sugar, butter, milk, flour, and warm spices), there's no doubt she was influenced by Simmons.

Though we still know very little about Simmons's background, we do know she was a remarkable woman for her time, eking out a living from writing about food — a trade still very much alive today.