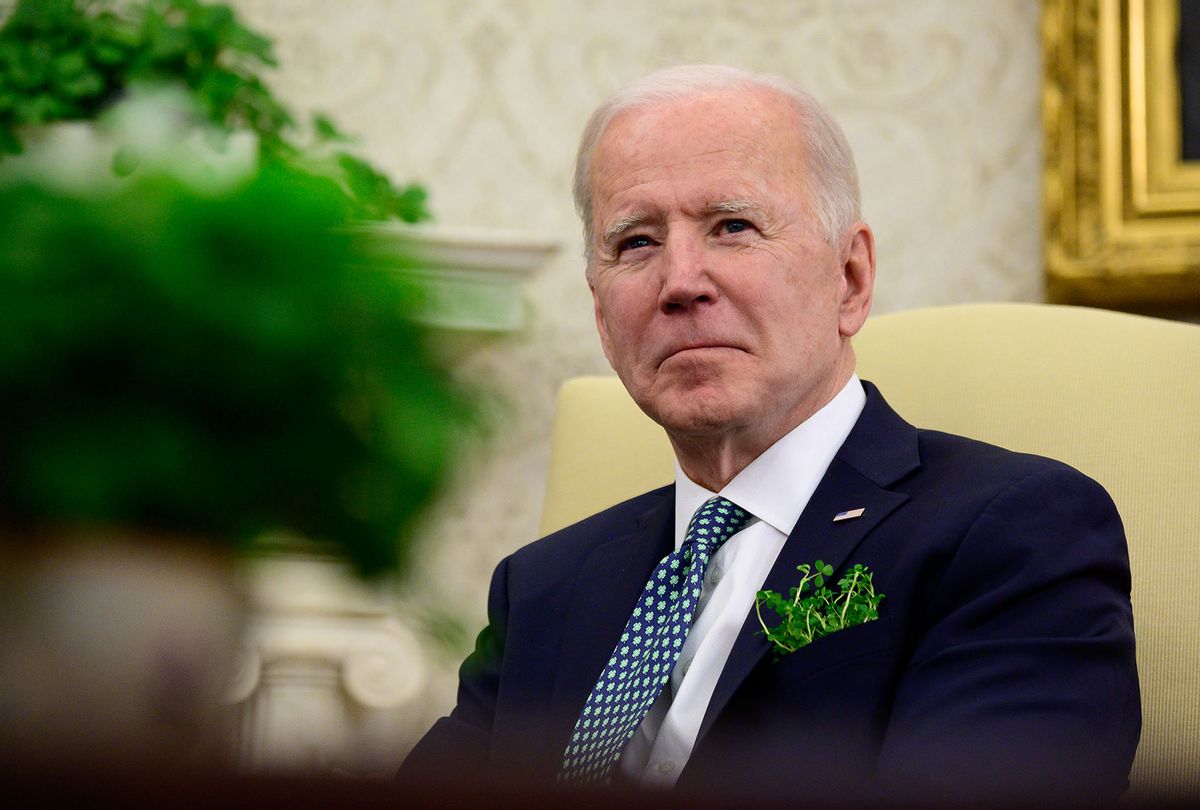 That's according to two Biden administration officials who spoke to the Washington Post on the condition of anonymity due to the not-yet-public nature of the discussion.

According to the Post, "the centerpiece of the tax increases would probably be a higher corporate tax rate—reversing part of President Donald Trump's steep corporate tax cut in 2017—as well as higher levies on investment income and a higher top marginal tax rate."

As the newspaper reported, Biden's infrastructure legislation is "expected to be broken up into two main components—one focused primarily on infrastructure and clean energy investments, and a second focused on domestic priorities including child care and prekindergarten that the administration has labeled part of the 'caring economy.'"

The bifurcation of the infrastructure plan is also reflected in the revenue-raising options being considered, with each legislative component expected to be funded through different tax hikes.

"The infrastructure section of the legislation is expected to be funded primarily by taxes on businesses, according to officials," the Post reported. "The key measures under discussion include raising the corporate tax rate from 21% to 28%; increasing the global minimum tax paid from about 13% to 21%; ending federal subsidies for fossil fuel companies; and forcing multinational corporations to pay the U.S. tax rate rather than the lower rates paid by their foreign subsidiaries."

"The part of the legislation focused on other domestic priorities, by contrast, is expected to be funded by taxes on rich people and investors," the newspaper noted. "Those measures, according to officials, include increasing the highest income tax rate from 37% to 39.6%; dramatically increasing taxes on wealthy investors; and limiting deductions that rich taxpayers can claim annually, among other measures, the officials said."

According to the Post, the Biden administration is also "considering paying for the package in part through a plan that would lower the cost of prescription drugs," which would enable the federal government to reduce spending on Medicare by as much as $500 billion over 10 years.

Sen. Bernie Sanders on Tuesday unveiled a trio of bills that seek to challenge what the Vermont Independent called Big Pharma's "greed" by slashing prescription drug prices. Meanwhile, as Common Dreams has reported, two-thirds of Americans favor raising taxes on individuals with annual incomes over $400,000.

Biden has emphasized that "his tax increases will not affect people earning less than $400,000 per year," the Post reported. The president's "advisers have called for funding the next major domestic priority with higher levies on wealthy Americans, citing the relative success enjoyed by the affluent during a pandemic that has pummeled the economic fortunes of the working class."

Speaking at a House Financial Services Committee hearing, Yellen told lawmakers that it is crucial for the U.S. "to raise revenues in a fair way to support the spending that this economy needs to be competitive and productive."

Biden's long-awaited infrastructure plan has been criticized by progressive advocacy groups who warn, as Common Dreams reported Monday, that $3 trillion is an insufficient amount to invest when the climate and economic crises cry out for the creation of millions of good-paying jobs to expand renewable energy, develop clean mass transit, and implement other projects that would improve the health of communities around the country.

Climate justice campaigners have pointed out that even Sen. Joe Manchin, a conservative Democrat from West Virginia who is considered a key obstacle to advancing progressive legislation in the upper chamber narrowly controlled by his party, has called for up to $4 trillion in infrastructure spending.

"Biden should realize that if his proposal is milder than what Joe Manchin is calling for, it does not go far enough," said Ellen Sciales, press secretary of the Sunrise Movement. "If $3 trillion is what Biden's team lands on, they'll be neglecting what's politically and publicly popular, and what's quite frankly vital for the future of our society and our planet."

"The crises we face demand at least $1 trillion per year over the next decade," Sciales added. "If Republicans or archaic Senate rules get in the way, Democrats must abolish the filibuster and deliver for the American people."