If it succeeds, it will be the first powered-controlled flight on another planet 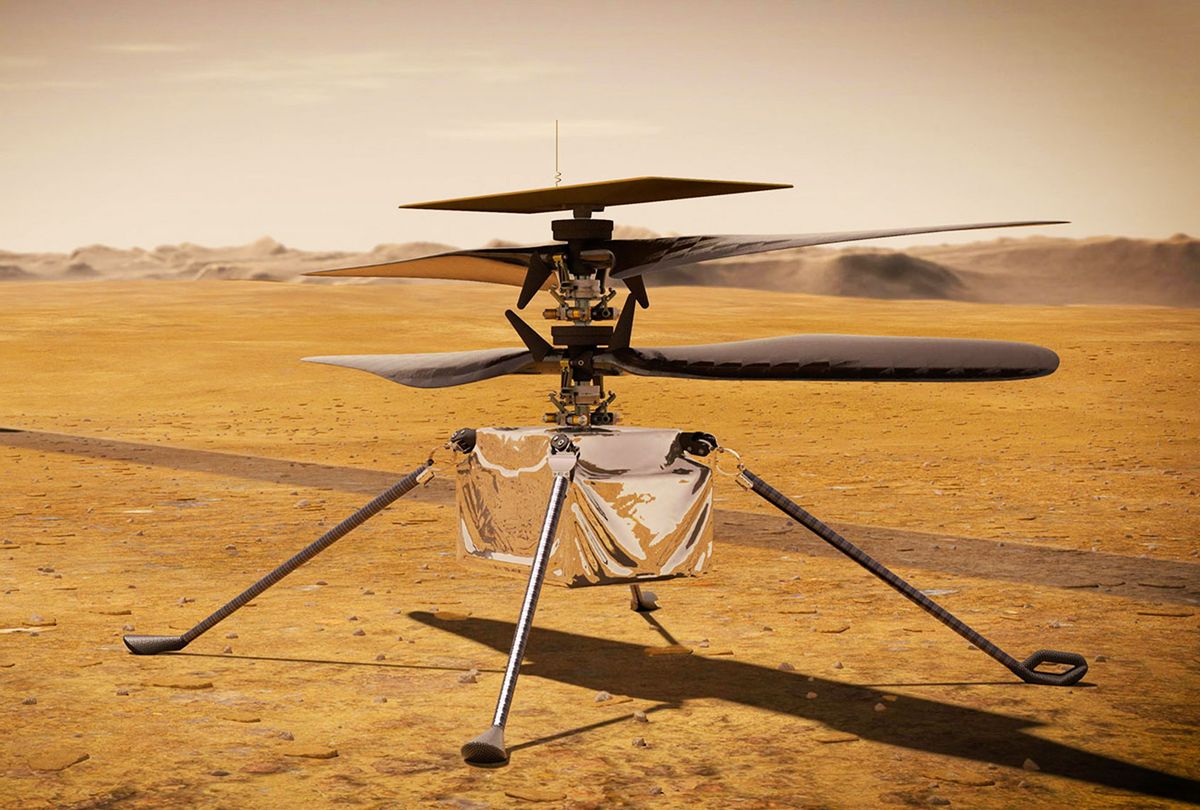 According to NASA, Ingenuity — the four-pound rotorcraft attached to Perseverance — is on its way to its "airfield" on Mars.

The space agency announced that its target for its first takeoff attempt will happen no earlier than April 8, 2021.

Ingenuity was designed as an experiment to see if it is possible to fly on Mars as we do here on Earth. And the process leading up to the takeoff is a very meticulous one. Consider how long it took humans to stick a powered-controlled flight on Earth; given Mars' thin atmosphere and a twenty-minute delay in communication, it is arguably more challenging on Mars.

"As with everything with the helicopter, this type of deployment has never been done before," Farah Alibay, Mars helicopter integration lead for the Perseverance rover, said in a press statement. "Once we start the deployment there is no turning back."

Every move for the next couple of weeks could make or break Ingenuity's success — starting with precisely positioning the rotorcraft in the middle of its 33-by-33-foot square airfield, which is actually a flat field on the Martian surface with no obstructions. From there, the entire deployment process from Perseverance will take about six Martian days, which are called sols. (The Martian sol is thirty-nine minutes longer than an Earth day.)

The plan is that on sol one of its six-sol unfurling, scientists on Earth will activate a bolt-breaking device which will release the lock that has held Ingenuity on Perseverance's belly so firmly during the journey from Earth to Mars. During the second sol, scientists will fire a "cable-cutting pyrotechnic device" to start pushing the helicopter out of its horizontal position; cable-cutting aside, on the second sol, Ingenuity will literally start to stretch two of its four legs. On the third sol, a small electric motor will rotate Ingenuity and bring it to a completely vertical position. On the fourth sol, Ingenuity will continue to unfold. On the fifth sol, scientists will charge Ingenuity's batteries via Perseverance as a solar-power source. At this point, it will hang suspended at about 5 inches (13 centimeters) over the Martian surface, connected to Perseverance only by a single bolt and a few tiny electrical contacts.

"Once we cut the cord with Perseverance and drop those final five inches to the surface, we want to have our big friend drive away as quickly as possible so we can get the Sun's rays on our solar panel and begin recharging our batteries," Bob Balaram, Mars helicopter chief engineer at Jet Propulsion Laboratory, said in a statement.

From there, it's time to see if Ingenuity can take flight. Perseverance will move to be 16 feet away from Ingenuity, which will have 30 Martian sols to execute its test flight campaign.

Flying is very difficult on Mars not merely because of the difference in gravity from Earth, but also because the atmosphere on Mars is just 1 percent as dense as Earth's atmosphere at the surface. There are also drastic temperature changes that happen on Mars; during the day, the Red Planet receives half the amount of solar energy that reaches Earth. At night, temperatures plummet to minus 130 degrees Fahrenheit. Ingenuity is small because it must be lightweight to fly through the atmosphere, but it also must have enough energy to retain power during frigid Martian nights. There's a chance that Ingenuity might not even survive its first night alone.

"Every step we have taken since this journey began six years ago has been uncharted territory in the history of aircraft," Balaram said. "And while getting deployed to the surface will be a big challenge, surviving that first night on Mars alone, without the rover protecting it and keeping it powered, will be an even bigger one."

But assuming it does, Perseverance will relay to Ingenuity its flight instructions, via mission controllers here on Earth. The plan is for Ingenuity to run its rotors to 2,537 revolutions per minute, and then lift off. If all goes well, it will ascend about three feet per second and hover at 10 feet for 30 seconds before it descends and touches the ground on Mars. After a couple of test flights, the real mission will begin.

"Mars is hard," said Aung. "Our plan is to work whatever the Red Planet throws at us the very same way we handled every challenge we've faced over the past six years – together, with tenacity and a lot of hard work, and a little Ingenuity."

According to NASA, a small piece of the fabric used to cover one of the wings of the Wright brothers' aircraft is tucked under one of Ingenuity's solar panels with the help of insulation tape. The Apollo 11 crew flew a different piece of the material during their historic 1969 mission to the moon.

"Ingenuity is an experimental engineering flight test – we want to see if we can fly at Mars," Aung said. "There are no science instruments onboard and no goals to obtain scientific information. We are confident that all the engineering data we want to obtain both on the surface of Mars and aloft can be done within this 30-sol window."