This 4-ingredient Parm needs no chicken or eggplant

With just a slick of olive oil, tempeh sizzles up effortlessly, yielding a cutlet-like crunch without any fuss 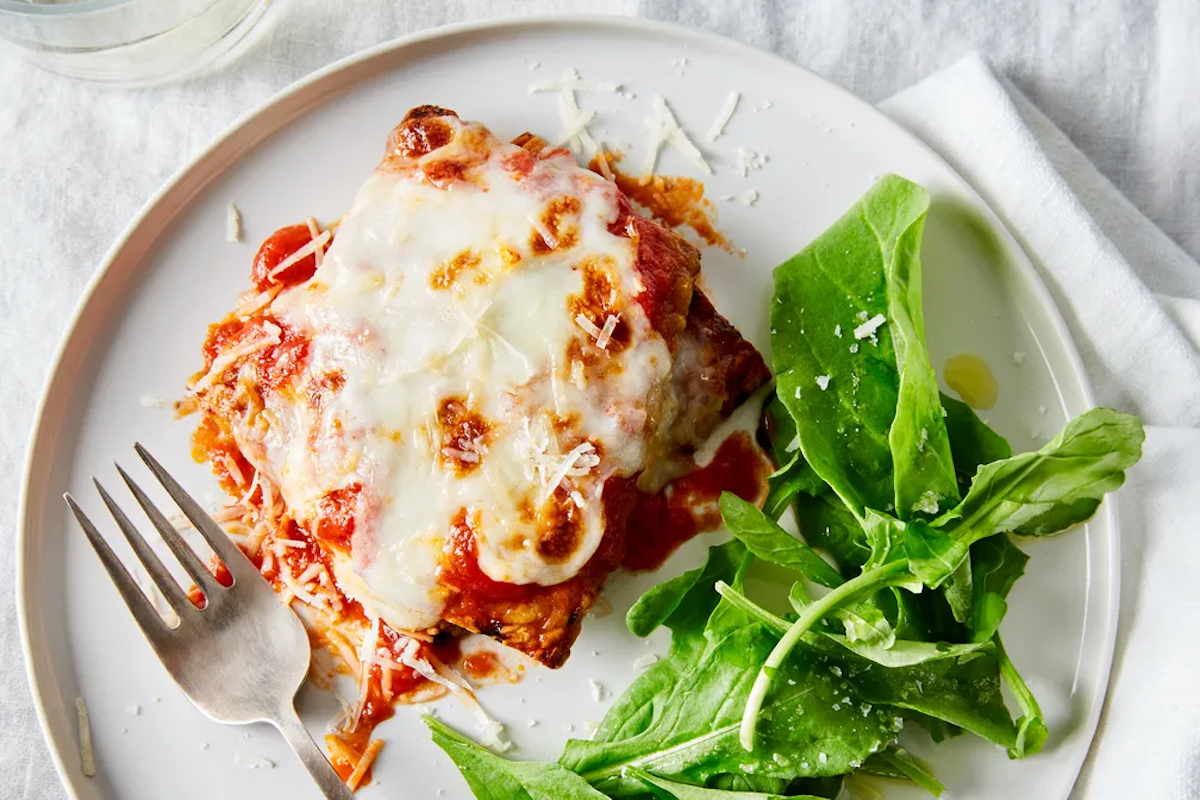 If you're embarking upon chicken Parmesan, you're going to need many more ingredients than chicken and Parmesan. We're talking mozzarella, canned tomatoes, tomato paste, onion, garlic, red pepper flakes, basil, parsley, flour, eggs, bread crumbs, and then some, depending on the recipe.

Who needs all that? Not us. Not today.

This Big Little Recipe doesn't even need the chicken — because we're using tempeh (aka tempe) instead. This Indonesian ingredient is never not in my fridge, partly for its sturdy shelf life, mostly for its meaty, mushroom-y flavor. Like tofu, tempeh starts with soy. But unlike tofu, the beans go on to be cooked, fermented, and pressed into a dense, chewy cake.

"In Indonesia, this versatile ingredient is used in many dishes," writes Lara Lee in "Coconut & Sambal." She shares how it can be steamed, stir-fried, grilled, poached, or fried. "The first use of tempeh was recorded in Java in the early 18th century, and today it is described as Indonesia's gift to the world."

Indeed, it's a gift, and one I'll never tire of unwrapping and turning into dinner. So let's.

After slicing into iPhone-thin slabs, we're going to add tempeh to a sizzling skillet, where it becomes as crispy and golden and glorious as fried chicken. The good news is this happens in the time it takes to listen to "Save Your Tears" by The Weeknd (don't sleep on it! Even better than "Blinding Lights" if you ask me). The more good news is you don't need any breading to get there, not even a dusting of flour.

Chicken or eggplant Parm recipes often involve a dredging station — say, flour on one plate, eggs and milk on another, and seasoned bread crumbs on another. (Look no further than my own breaded eggplant recipe, which calls for a laundry list of ingredients, no offense to me.) But self-sufficient tempeh has everything covered. With just a slick of olive oil, it sizzles up effortlessly, yielding a cutlet-like crunch without any of the fuss.

The rest of the recipe is equally minimalist: tomato sauce that needs little more than tomatoes, just a lot of olive oil and a generous amount of salt. Don't give into the temptation to reduce either — they're what make the sauce so slurpable.

And do seek out fresh mozzarella, the plumpest, marshmallow-iest you can find. It turns this humble stack into something delightfully gooey and oozey and indulgent, exactly the sort of thing I long for on a worn-down Friday night, a dish that's comforting and cozy and not even close to too much work.