All about minari, the peppery, bright, wonderful vegetable 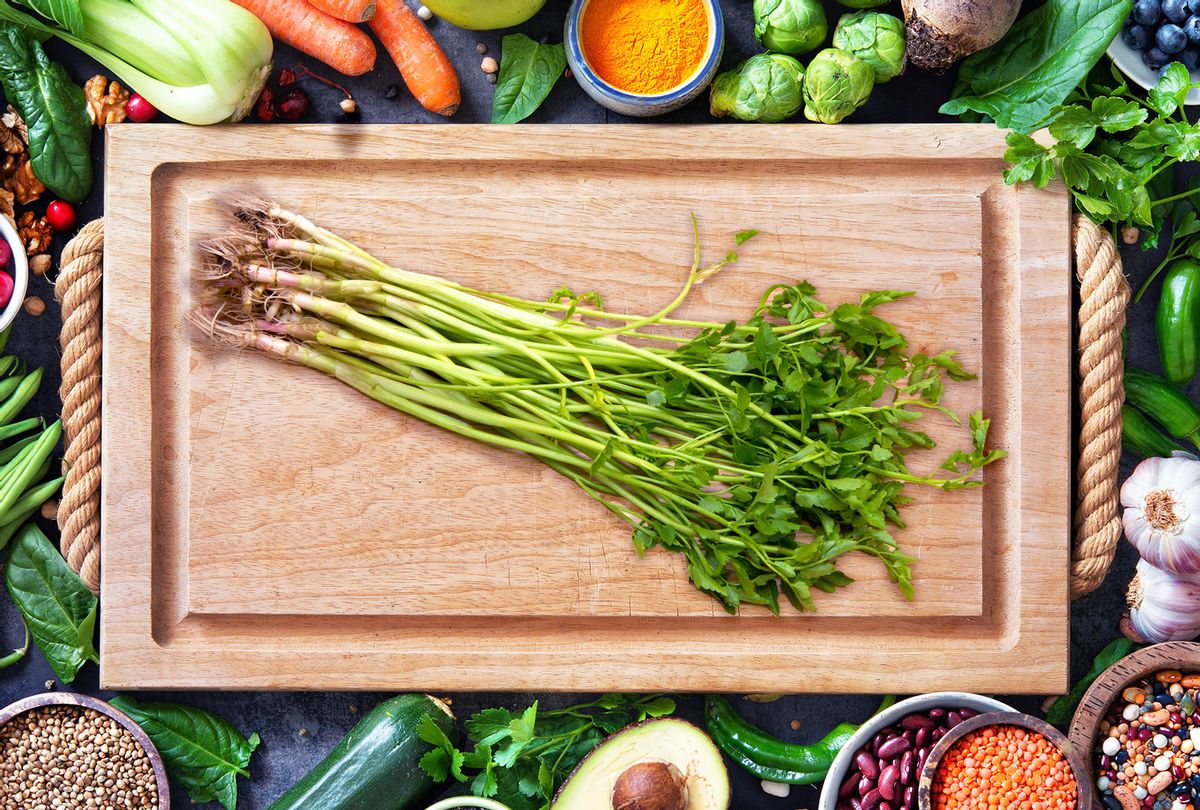 Minari on a cutting board (Photo illustration by Salon/Getty Images)
--

If you haven't seen "Minari" yet, drop everything now and go watch it. Writer-director Lee Isaac Chung's award-winning semi-autobiographical film is a profoundly moving tale of a multigenerational Korean American family setting down roots in the Arkansas Ozarks of the 1980s. The father, Jacob (played by Steven Yeun), dreams of success as a farmer after a decade of grueling labor in the poultry industry in California. But the move strains the family's bonds, particularly on the arrival of Jacob's mother-in-law Soonja (played by the legendary Youn Yuh-jung), from South Korea. Amidst the current wave of anti-Asian hate crimes across the country, part of a long legacy of violence toward, and erasure of, Asian communities and identities within the broader American story, this film is all the more powerful and urgent.

Once you have finished watching "Minari," though, the next thing you should do is eat it. The film's namesake, which halmoni Soonja plants on the bank of a stream early in the film, is a hollow-stemmed, leafy vegetable with a green, peppery flavor and a hint of bitterness. As director Chung explains, "[t]he interesting thing about it is that it's a plant that will grow very strongly in its second season after it has died and come back. So there's an element of that in the film . . . It's a poetic plant in a way for me." It is also delicious. If this is the first you're hearing about minari (or "Minari"), let this serve as an introduction.

A species of water dropwort, minari, also known as Korean watercress, water celery, water parsley, or Java water dropwort, is a vegetable found in temperate and tropical climes across Asia. As in the film, it grows rampant along the banks of streams and over damp ground, requiring little attention. According to Irene Yoo, writing for Slate, it is also believed to have medicinal properties, with a detoxifying effect. Importantly, there are several other species of water dropwort that are extremely poisonous, so it is unwise to forage unless properly trained.

In South Korean cooking, it is commonly the stems of the minari plant that are used as a vegetable and herb in kimchi, bibimbap, fish stews, and a variety of namul (a category of side dishes made with leafy green vegetables). Though some suggest substituting parsley, which looks similar to minari, the flavor is quite different.

Minari can be found in many Korean grocery stores when it's in season, typically in early spring. It also may be available in other local produce markets serving Chinese, Japanese, or Korean communities. Or if you live near a stream, try buying some seeds and growing it yourself. You might be surprised by the results, particularly if you can wait a year.

Once you get your hands on a bundle of minari, there are countless ways to prepare it. Try it in this classic napa cabbage kimchi, or this particularly light haemul pajeon, perfect for spring. Or keep it simple, and serve it as a namul along with rice and other banchan.

However it's prepared, minari will bring a wonderfully bright, peppery note to the table. As Soonja sings to her grandson in one particularly poignant moment of the film, "minari, minari, wonderful, wonderful."