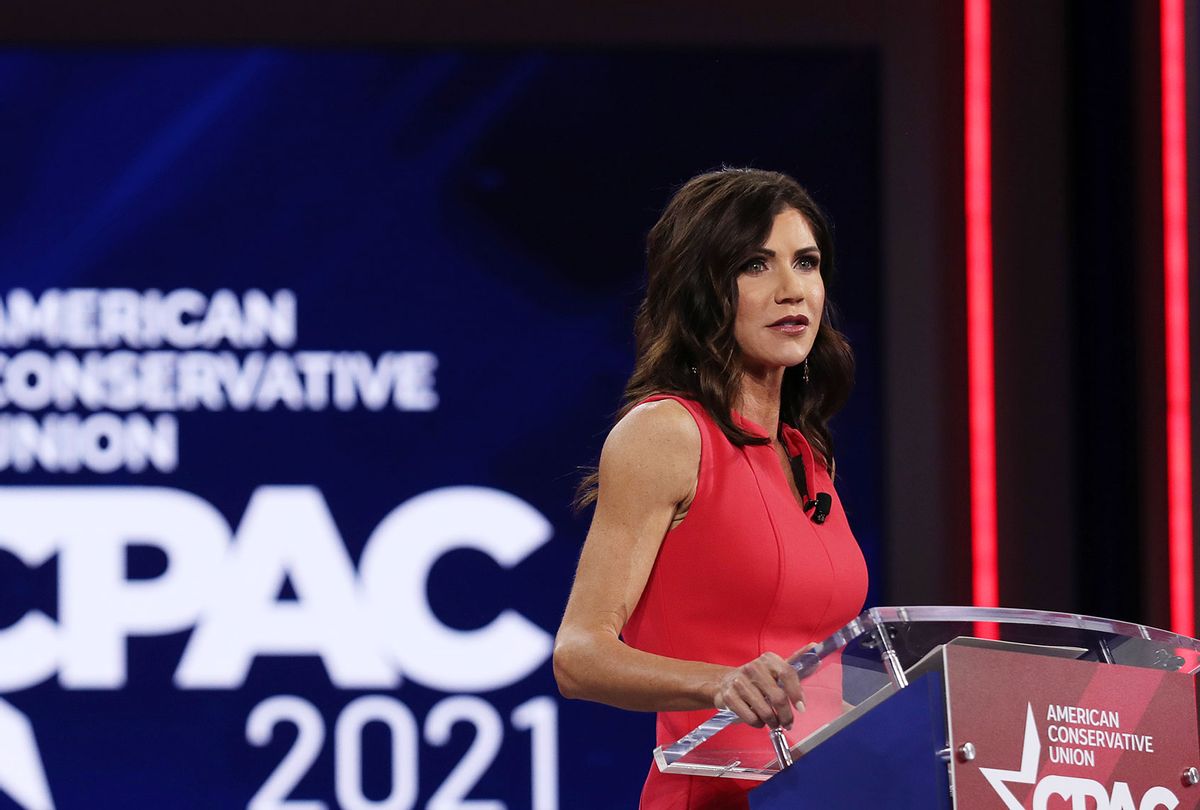 The orders follow a days-long back-and-forth between state lawmakers weighing the legal implications of House Bill 1217––passed earlier this month––which restricted transgender athletes from participating in sports that correspond to their gender identity. Noem, who originally backed the bill, ultimately vetoed it over fears it might be met with enough legal pushback to kill it.

Noem attempted to revise elements of the bill's original language, recommending changing to its "style and form" to exempt collegiate sports from the bill's provisions. However, lawmakers rebutted that Noem's revisions were too substantial and would render the bill ineffectual. "For me to support this style and form veto would be an egregious violation of my oath to the constitution," Republican Rep. Jon Hansen said, "and so I will not do it, and I would suggest that you also vote no on these style and form changes, thank you."

On Monday, House lawmakers came to an acrimonious legislative standstill, prompting Noem to officially rubber-stamp her own versions of the bill without House support. "Only girls should play girls' sports," Noem tweeted Monday evening. "Given the legislature's failure to accept my proposed revisions to HB 1217, I am immediately signing two executive orders to address this issue: one to protect fairness in K-12 athletics, and another to do so in college athletics."

Neither order makes explicit mention of transgender athletes, a clear indication of Noem's wariness to alienate the state from the organizations like the National Collegiate Athletic Association, which threatened to pull its events from states that pass discriminatory laws surrounding LGBTQ+ rights. The governor's general counsel, Mark Miller, however, noted that the governor's orders are a temporary solution to the gridlock. "I think the executive orders speak for themselves," Miller added. "What they do is set out that DOE and BOR should take steps to ensure that girls play girls' sports."

Although Miller said that the bill establishes South Dakota's general stance on the issues, Noem said that she intends to schedule a special legislative session during the summer to adjudicate the law more clearly.

Noem's moves have sounded alarms for LGBTQ+ advocates, many of whom have noted the Republican push for similar restrictions throughout the nation. According to the Human Rights Campaign, 192 anti-LGBTQ+ bills have made their way to state legislatures, many of which specifically address trans kids' access to school sports teams and healthcare.

"Transgender kids are kids," said Human Rights Campaign President Alphonso David. "They deserve the chance to play. Governor Noem should know that calling a special session to continue this legislative fight would be a waste of valuable legislative time and energy that should be used to address the real and serious problems the state of South Dakota faces in the midst of challenging times like these."

Earlier this month ACLU advocacy manager, Jett Jonelis, testified against the South Carolina bill. "In an attempt to 'level the playing field,' House Bill 1217 excludes an entire group of women and girls from meaningful participation in sports," Jonelis said to lawmakers. "House Bill 1217 isn't about protecting fairness in women's sports. It's about erasing and excluding trans people from participation in all aspects of public life."