"We know from McConnell's own writings that he actually knows this history," one historian points out 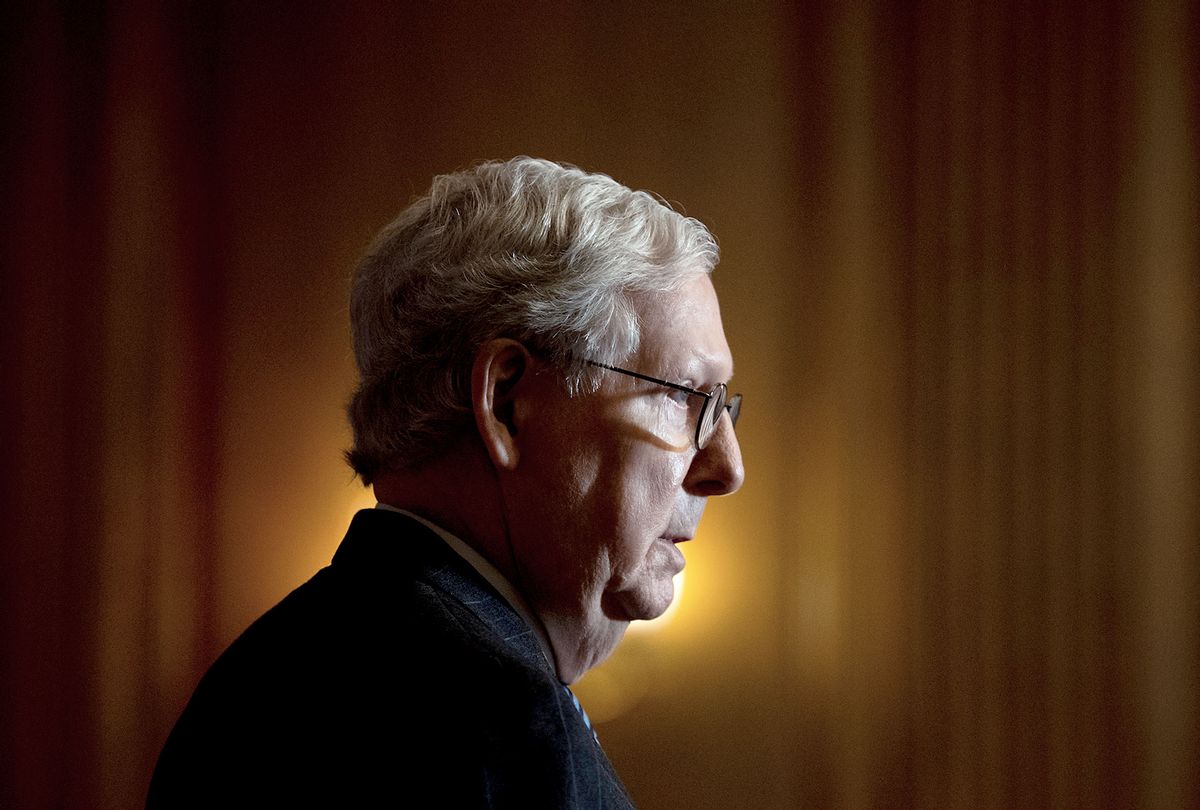 On Monday, writing for The Washington Post, political science professor Saladin Ambar highlighted Senate Minority Leader Mitch McConnell's past acknowledgment of the racist history of the Senate filibuster — a history he now denies exists at all.

"Last week, Senate Minority Leader Mitch McConnell said of the filibuster that it 'has no racial history at all. None. There's no dispute among historians about that,'" wrote Ambar. "The simple truth is that the filibuster — a Senate rule that allows for extended debate — was the most prominent tool employed to thwart the civil rights of African Americans during the period when McConnell came of age."

"We know from McConnell's own writings that he actually knows this history and has described how 'exhilarated' he was when a previous senator from Kentucky opposed the racist use of the filibuster," wrote Ambar. "When historians called out his claims, he clarified that the 'filibuster predates the debates over civil rights,' and his spokesperson has said that he was just talking about the origins of the filibuster rather than its later history. So why is McConnell downplaying the filibuster's racial history?"

Specifically, noted Ambar, McConnell wrote in his 2019 book "The U.S. Senate and the Commonwealth," about how former Kentucky Sen. John Sherman Cooper helped break a Southern Democratic filibuster against the Civil Rights Act.

"I saw that those who wrote to Senator Cooper were overwhelmingly opposed to the pending civil rights legislation. But Senator Cooper was undeterred," wrote McConnell. "He actively lobbied his colleagues to oppose the Southern Democratic filibuster being carried out against the civil rights legislation. I was exhilarated as I watched him take this courageous stance."

"Willful ignorance of the dark moments in America's past leaves us confronting our present challenges in a state of amnesia," concluded Ambar. "There is no dispute among historians about the filibuster's racist past. However, McConnell appears to have strategically forgotten his own powerful admiration for Cooper, who opposed filibusters intended to hold up racial progress, back when McConnell first learned the rules of the Senate."