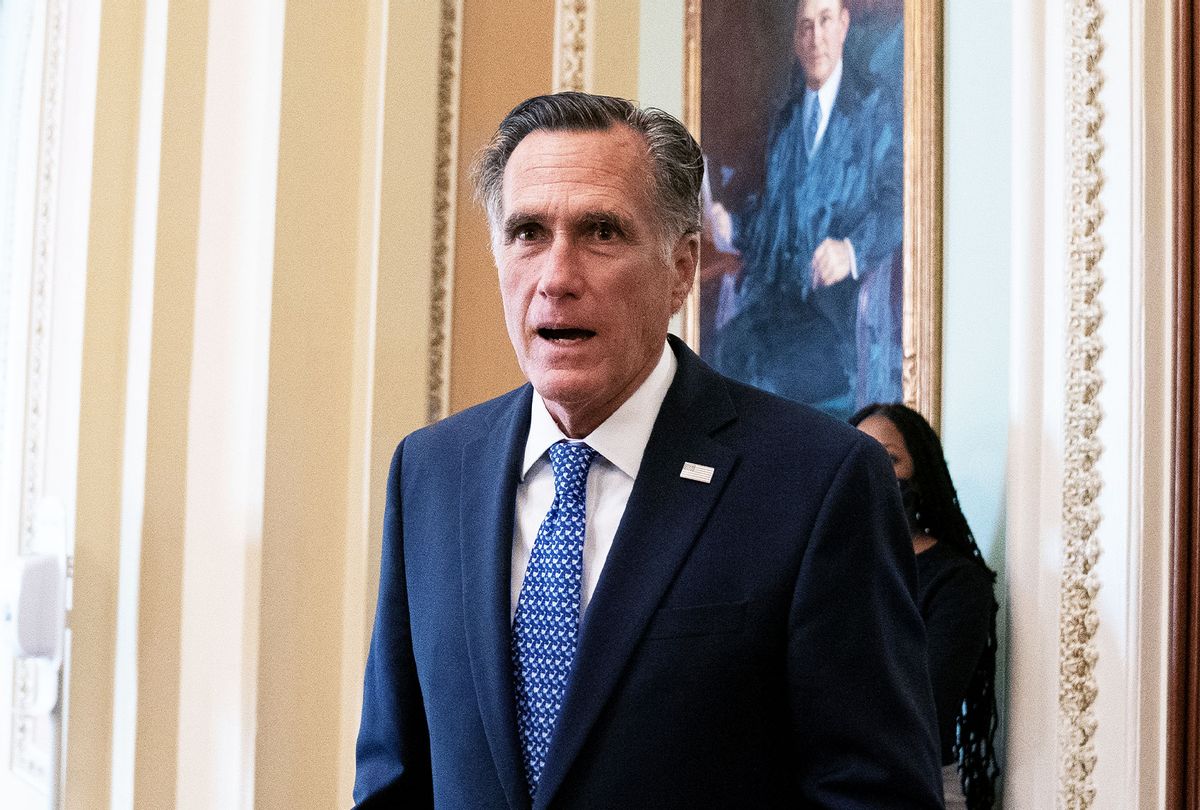 Democrats were again reminded on Monday that Republicans will continue to obstruct legislation until the filibuster is reformed.

"Sen. Mitt Romney on Monday indicated he will not support attempts to tighten federal gun laws in the wake of recent back-to-back mass shootings, although he's open to working with his colleagues on improving background check technology," The Salt Lake Tribune reported after the Republican met with the newspaper's editorial board.

"I made that commitment when I ran for office, and I intend to honor that commitment. So I will not be voting for new federal legislation related to guns and leave to the Legislature of Utah, closest to our people, any decisions they have in that regard," Romney said.

"Some senators have said they see a potential open door for legislation expanding background checks in the aftermath of a pair of mass shootings, one killing eight people at several Georgia massage parlors and the other killing 10 at a Colorado supermarket. The two shootings occurred less than a week apart," the newspaper reported. "But the Democratic lawmakers who are pushing for broader background checks need help from at least a few Republican senators to move the proposal forward. And despite his willingness to work across the aisle on certain issues, Romney has made clear he's not behind federal gun control efforts advanced by Democrats."