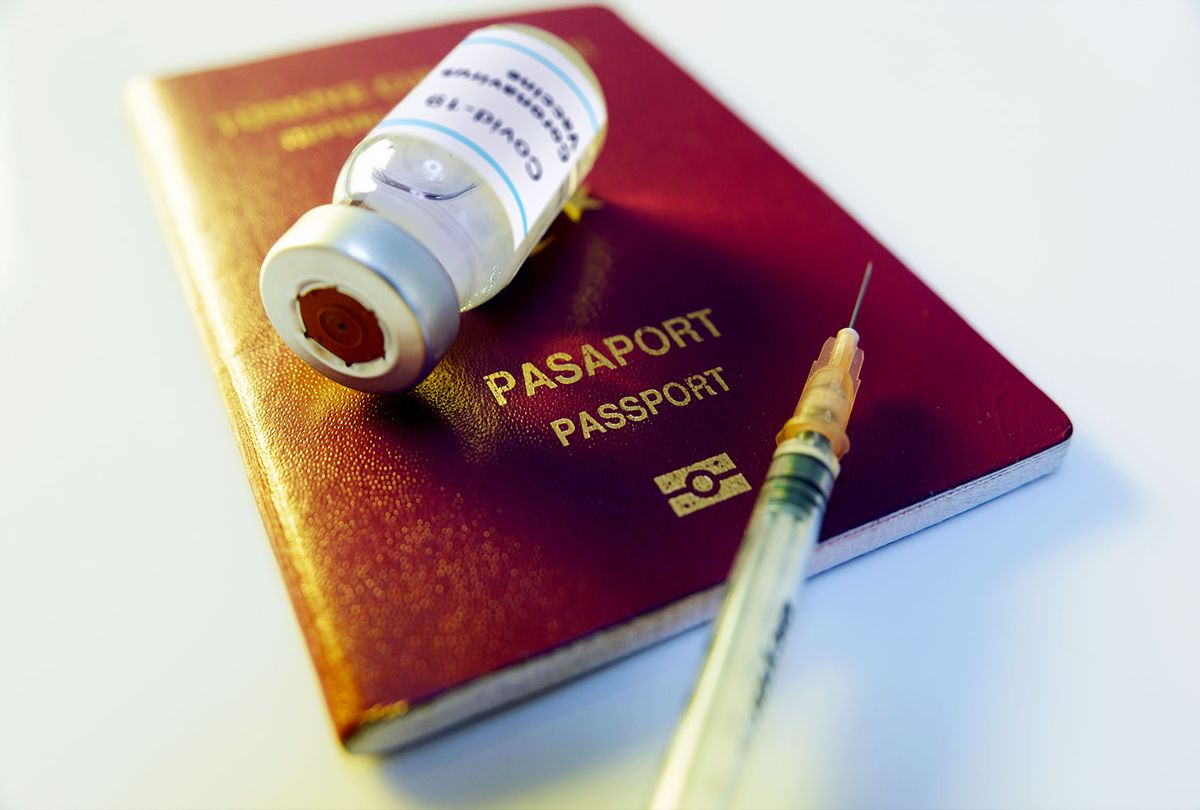 The Biden Administration is expected to make an announcement regarding the implementation of a nationwide vaccine passport, according to a Washington Post report. The so-called passport would serve as proof of one's vaccination status.

Five officials, speaking on the condition of anonymity, told The Washington Post that the White House is pushing efforts to be led by both federal agencies and private companies to develop the program.

The Washington Post obtained slides detailing the plan in more detail. According to the slides from a meeting held on March 2, 2021, the Biden Administration believes that proof of vaccine credentials will be key to the country's recovery process. The slideshow highlighted the importance of having a "unified policy."

Indeed, a decentralized approach to a vaccine passport has the potential to sow confusion among the public and open up risk for fraud. According to the Biden administration's slides, at least 17 separate initiatives, some private and some public, are currently underway. These include a tech company coalition called the Vaccination Credential Initiative (VCI), as well as efforts from the World Health Organization and the International Air Transport Association. New York state is using a digital pass developed by IBM that will allow people to show their vaccination status before entering venues like Madison Square Garden for sporting events and concerts.

The United States government isn't alone in proposing such a certification. Earlier this year, Denmark shared its plans to develop its own digital vaccine passport that would identify those who have received the COVID-19 vaccine. Sweden, Estonia, Greece and Israel have also made announcements that they are considering variations of vaccine passports. The World Health Organization (WHO) is creating something similar which they call a Smart Vaccination Certificate.

As experts have previously told Salon, it is probable that we are approaching a future in which one's vaccination status will allow some to bypass quarantine restrictions and other bureaucratic barriers while traveling and attending large events. Requiring a vaccine to enter some countries is not a new concept: for instance, proof of a yellow fever vaccine is required to travel to many countries in Africa. However, requiring everyone around the world to get the COVID-19 vaccine in order to reconnect the planet would be a much larger undertaking.

"I think they are going to be pretty broadly adopted for certain activities, and it looks like air travel will be one of the first," Dr. David Studdert, a professor of medicine at Stanford University, told Salon in February. "I think there's a certain inevitability to them, but the question that I think many of us are wondering about is whether the government will get involved here, and offer some sort of public program."

Now, it looks like the government will get involved.

There are ongoing concerns around how mass distribution of a digital vaccine passport can be accomplished in a way that would protect privacy and remain accessible to people regardless of their socioeconomic status. There are also concerns about the legality of this.

"I do see risks, but I don't think it's inevitable that this would unfold as discriminatory or a regressive program," Studdert said. "If it were done in the right way, in fact, it could be the opposite."