The joy of April Fools' Day: Why your brain enjoys pranking (and being pranked)

Affectionate pranking can create a feeling of "solidarity" and "kinship," experts tell Salon 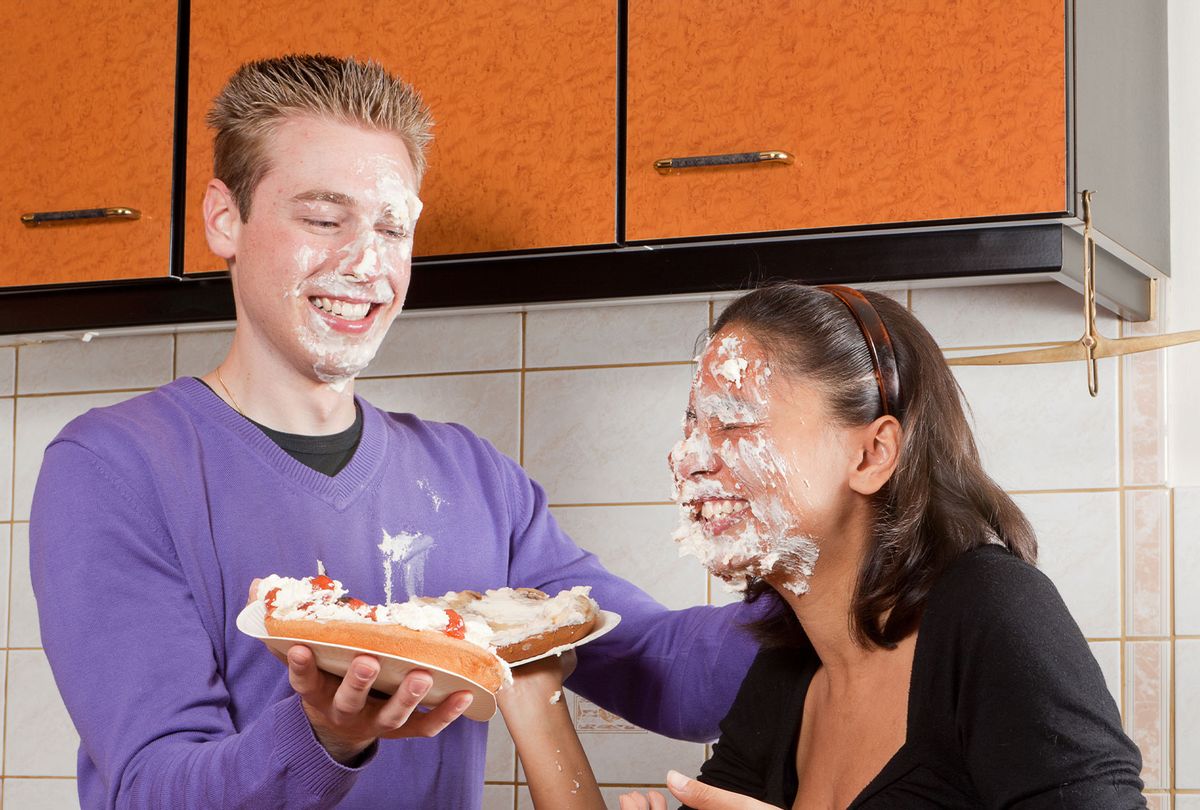 The cat may not have intended to prank the professor, but that was how it came across in the moment. As we began our late night Zoom call, the cunning kitty pulled off an unexpected photobomb by jumping into the frame and absolutely refusing to leave. I relished the coincidence. We were talking about April Fools' Day, after all, and photobombing is one type of prank... even if that wasn't what her cat intended.

"It's not in any way affection or love," Dr. Giselinde Kuipers, who teaches sociology at the Belgian university KU Leuven, told Salon as her feline friend swished his tail in her face. "He thinks he owns this chair and comes to inform me and to push me out."

Kuipers, who also wrote the book "Good Humor, Bad Taste: A Sociology of the Joke," laughed with me at her cat's impertinent behavior, which in its own way speaks to the best part of the April Fools' Day spirit. When you pull a prank on someone, by necessity you have to laugh at their expense. The best kinds of pranks are those which connect people in a good-natured way — in the case of Kuipers and myself, how we both like animals and were amused by her cat's brazen interruption of our interview. The worst pranks, by contrast, are those that leave one party feeling humiliated, frightened or inferior.

Both types of pranks, however, stem from the same basic impulse: A desire to playfully assert dominance over a target by making them the butt of a joke.

"It's a form of superiority," Kuipers explained, recalling how the English philosopher Thomas Hobbes famously argued that humor is a method of psychologically benefiting from others' shortcomings or misfortunes. "There are many people who have said that humor is not exactly a form of aggression, but maybe more like a form of superiority. So I'm sensing the laughter very often also has to do with feeling better in some way than another person." Pranks are distinctive because the comedy involves real people, not fictional characters, and requires planning.

Folklorist Moira Marsh, the subject librarian for folklore at Indiana University Bloomington and author of the book "Practically Joking," also told Salon that pranking is defined in large part by the fact that the prankster or pranksters need to devote considerable thought into crafting their intended joke. That, she added, is another appealing element of pulling off a practical joke.

"A big part of it, I think, is that good practical jokes are an opportunity for a good deal of creativity," Marsh told Salon. "They take planning. They take knowledge of a situation, knowledge of the person you're targeting. Sometimes the planning is extremely elaborate." Because the payoff of being able to laugh is so rewarding, this also makes them fun.

"It's important, psychologically, to have time for play," Marsh explained.

Another appeal of pranking — especially when it's encouraged on occasions like April Fools' Day, a holiday that has been celebrated around the world for centuries — is that it gives people an opportunity to subvert the power dynamics that normally define their lives.

"If you are a younger person, you have license to play jokes on your teachers, your elders, your parents," Marsh explained. "You have the added thrill of a temporary role reversal or temporary power inversion. For a kid to be able to, for a little while, get the upper hand over an adult, it flips the usual relationship. It flips the usual power dynamic. That's thrilling and enjoyable."

An additional benefit to playing a prank is that, when it's done affectionately, it creates a sense of kinship between everyone involved.

"Superiority is not necessarily mean," Kuipers pointed out. "You can celebrate cultivating temporary forms of hierarchy without it being malicious." Once the prank has been completed, "if you do it in generous way and you're not mean about it, it can actually help forge a bond." Kuipers compared this to the practice of holding comedy roasts: Because the target is willing to laugh at themselves, and the overall environment is friendly, it can create a positive feeling for everyone involved.

Marsh also said that affectionate pranking can create a feeling of "solidarity." By contrast, malicious pranking exists for the purpose of establishing that the target or targets are not wanted — that the people pulling the pranks are part of an in-group, and their victims are part of the out-group.

"If the target is someone that you don't really want to be a part of your in-group, then you're going to choose jokes where you think your targets are going to find it very difficult, if not impossible, to laugh along when they find out about it," Marsh explained. "Or you'll play jokes on targets that they never know about, but everybody else does. That creates a divide."

Dr. Kathleen Vohs, a marketing professor at the University of Minnesota who co-authored a paper about how people react to feeling duped or taken advantage of (particularly in economic exchanges), elaborated on the harmful psychological consequences of being made to feel like a fool.

"Those occur when the prank is costly in some way — e.g., if the person who got scared opening the fake box of crackers spills coffee all over their clothes just before heading to work," Vohs told Salon by email. "Or if they think the prank reflects negatively on them. For instance a person who's sensitive about their weight probably wouldn't appreciate a prank involving their clothing size."

She added, "In those cases, people tend to get mad or angry. When the prank is costly, it's not so innocuous and hence not so funny because they need to be the ones to deal with the consequences."