“I've heard a lot of the Democrats say this year the elections have consequences. And they certainly do," Kemp says 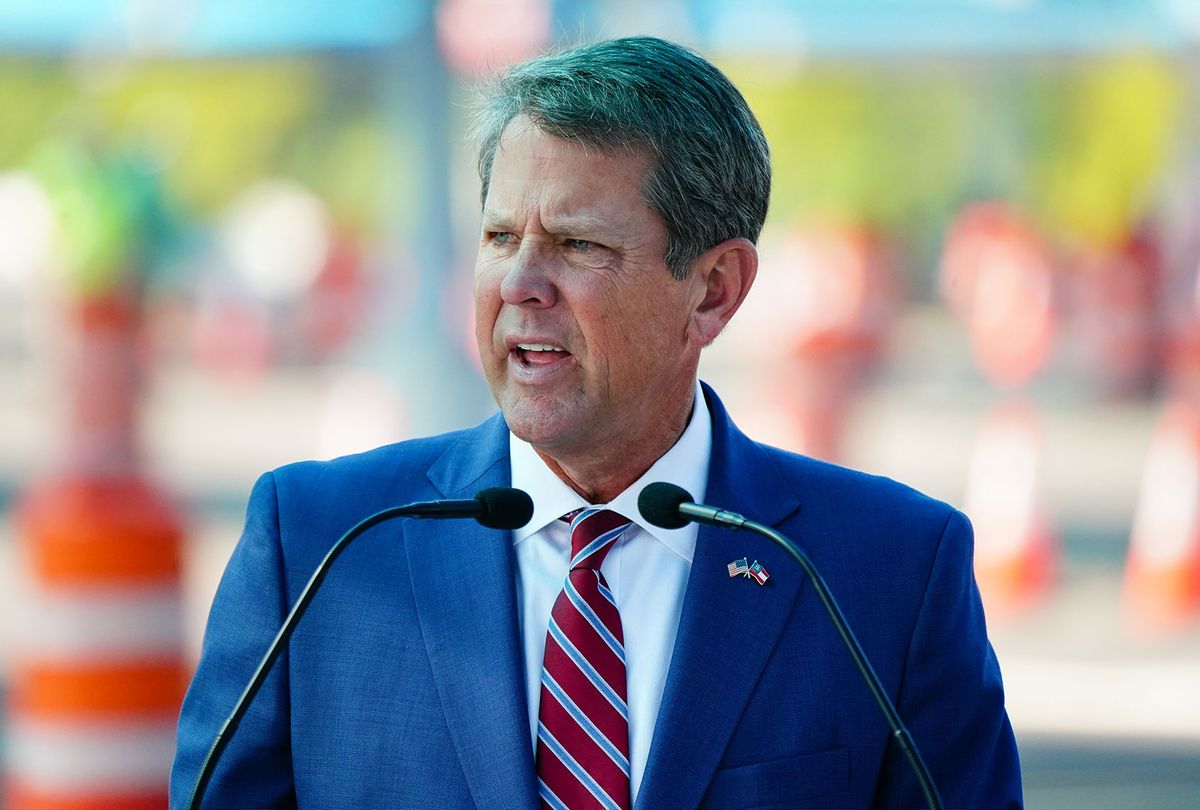 Georgia Gov. Brian Kemp (R) admitted on tape that much of the election bill he recently signed into law "has nothing to do with potential fraud."

Kemp made the statement after critics accused white Republican men of gathering behind closed doors to sign a bill that disenfranchises minority voters who predominately cast ballots for Democrats.

In an interview with WABE radio, Kemp insisted that President Donald Trump's charges of voter fraud had nothing to do with the law.

"A lot of this bill is dealing with the mechanics of the election," he insisted. "It has nothing to do with potential fraud or not."

"I've heard a lot of the Democrats say this year the elections have consequences. And they certainly do," the governor added, referring to Republican control of the legislature.

Kemp also lashed out at boycotts of his state over the election law.

"It's unfortunate. And it's not fair to be boycotting businesses because of a so-called voter suppression bill that is not in Georgia," he said.

Experts have pointed out that Kemp's admission that the election law is not about fraud could come back to haunt him in court.

Listen to the entire interview here.