Evangelical leaders having trouble convincing their flocks to get vaccinated – report

"Ending the pandemic runs through the evangelical church," said an ex-pastor involved with educating church members 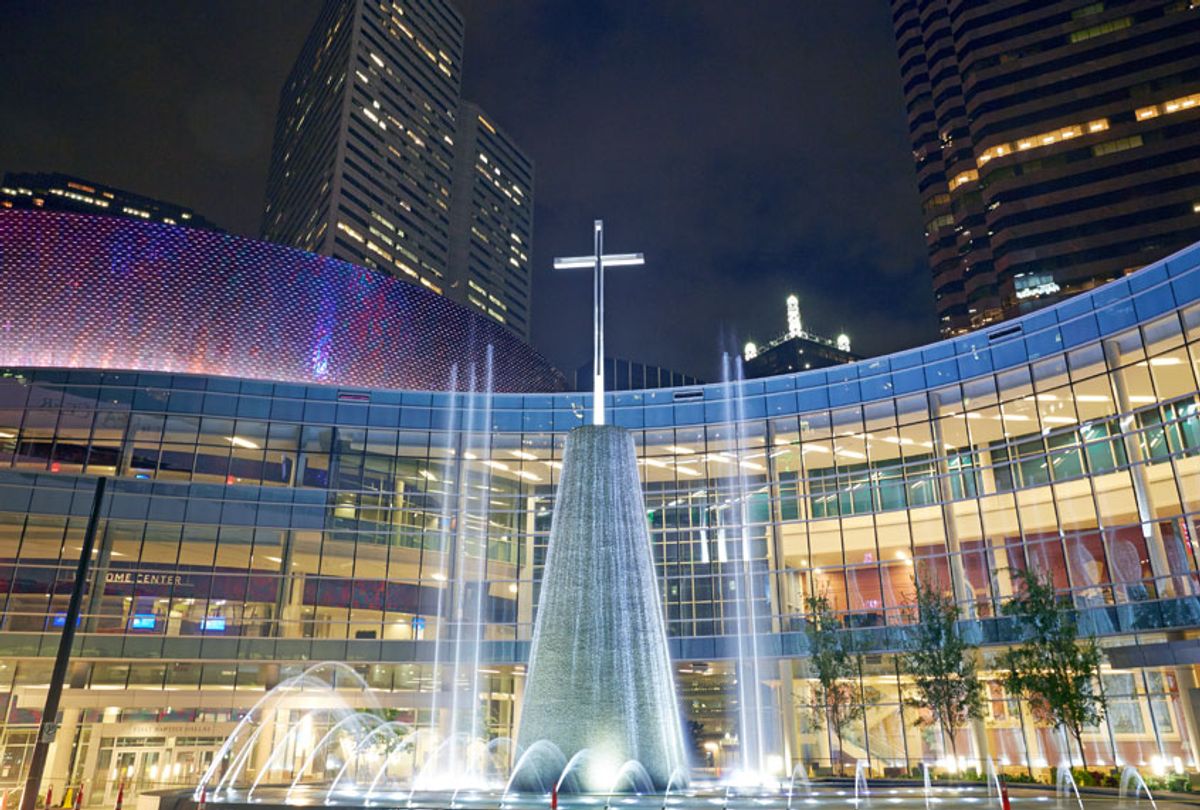 Facade of the 'First Baptist Church' Southern Baptist megachurch in central Dallas at night. This evangelical church has a congregation of 10 000. (Getty Images)
--

On Saturday, CBS News reported that evangelical leaders are becoming more aware that their congregants aren't listening to public health advice on COVID-19 — and are taking a more active role in trying to get them vaccinated.

One of the key evangelical leaders behind the effort is Franklin Graham, the son of legendary evangelist Billy Graham and a religious adviser to former President Donald Trump.

"Jesus does tell the story of a man that was beaten and robbed and left for dead on the side of a road, and religious leaders walked past him and did not have compassion, they didn't get involved. But a Samaritan had compassion," said Graham in an interview with CBS. "And he immediately bandaged — he put oil and wine on his wounds and took him to an inn, and paid to have him cared for. Now the oil and wine were the medicines of that day . . . The vaccine is, to me, I believe, is saving life, and that's what Jesus Christ would want us to do, to help save life. It's just a tool to help save life."

Many of Graham's followers have been enraged at his endorsement of the vaccine, calling it "heresy" — reflecting the major challenge facing church leaders concerned about their congregants' safety.

"A Pew Research Center survey conducted in February found that white evangelicals were the least likely religious group to say they will 'definitely or probably' get the COVID-19 vaccine (54%), or already had, and the most likely to say they 'definitely' or 'probably' would not get the vaccine (45%)," reported CBS. "That's out of all Protestants, White and Black, White and Hispanic Catholics, atheists, agnostics and 'nothing in particulars.'"

"The message I've been trying to get to secular public health officials is very simple — it's that the pathway to ending the pandemic runs through the evangelical church. I mean, it's just undeniable statistically," said Curtis Chang, a former pastor and Duke Divinity School consulting professor involved with the effort. "And public health has got to start investing resources and energy to equip evangelicals to be the ones out there trying to convince their fellow brothers and sisters."