On his last day in office, Trump mistakenly sanctioned small businesses in Italy 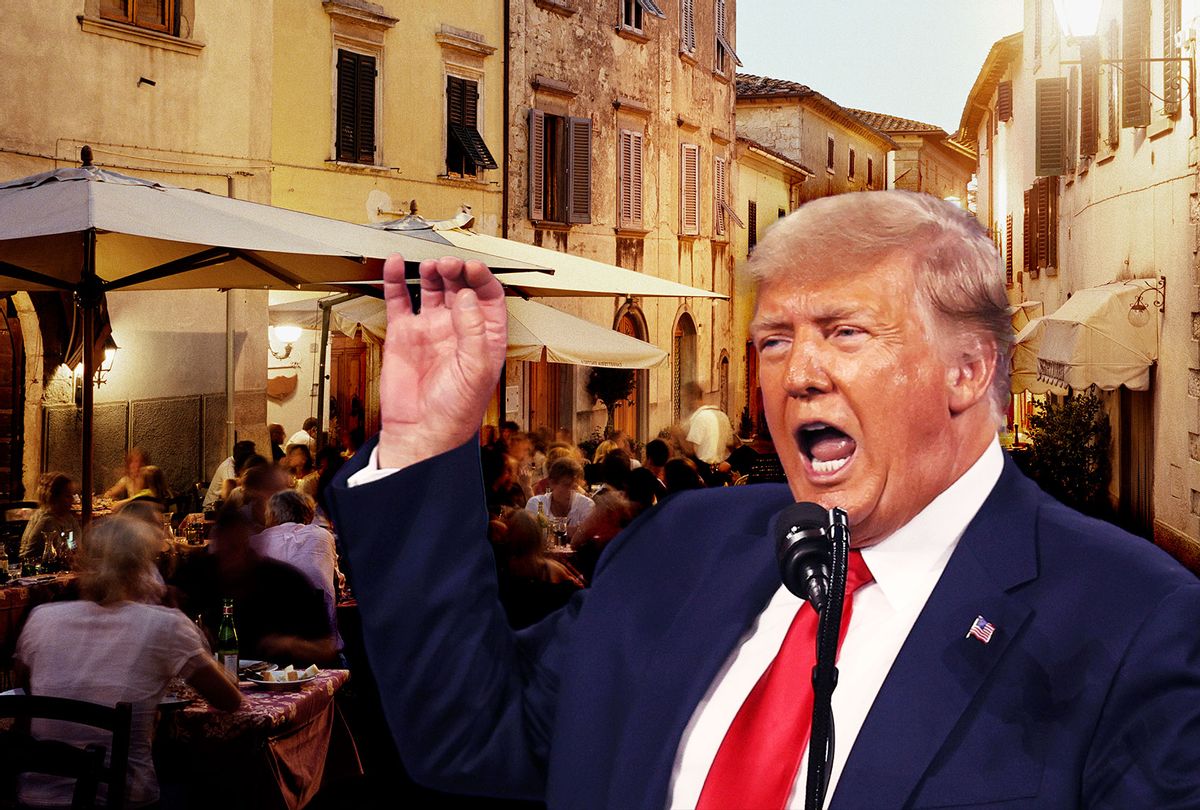 Former President Trump accidentally slapped sanctions on an Italian restaurant in his final days of office, thinking that the restaurant was part of a Venezuelan oil network that the administration sought to blacklist.

On Trump's final day of office, the former President sanctioned all Venezuelan companies and individuals associated with Petroleos de Venezuela (PDVSA), the country's state-owned oil firm, in order to force Venezuela President Nicolas Maduro to resign. Maduro, often described as a "dictator" has been widely criticized by the international community for various forms of corruption and human rights abuses. Several nations did not recognize his most recent election win in 2018.

As a part of the long-term U.S. embargo on Venezuela, the Trump administration identified a man named Alessandro Bazzoni over suspicions that he was involved in a network of Venezuelan oil companies attempting to skirt around U.S. sanctions.

However, Trump erroneously applied sanctions to two other men with the same name, one of whom runs a Sardinia graphic design studio called SeriGraphicLab and the other a Verona pizzeria called AMG SAS Di Alessandro Bazzoni & C. The pizzeria owner reportedly discovered he'd been sanctioned during a visit to his bank.

"When I heard that my current accounts had been blocked, I thought it was a joke," Bazzoni told Italian newspaper Corriere della Sera. "These are already difficult times for us restaurant owners, the last thing I needed was to have my accounts blocked."

Bazzoni, a 45-year-old restauranteur whose business suffered greatly from the sanction amid the pandemic, told the paper that he had not received an apology from the U.S. government. However, a treasury official corrected the error on Wednesday, according to Reuters. The department reportedly flagged the mistake back in January.

"After receiving additional information following the designations, [Office of Foreign Assets Control] concluded that companies were owned by a different Alessandro Bazzoni than the person we designated," a treasury official told The Hill. "Consequently, we promptly removed the two companies from our list to avoid inadvertently harming innocent parties."

Legal experts say mistakes like this have happened in the past and can be costly to deal with.

"I thank the new American government for the efficiency with which it intervened," Bazzoni, the restaurateur told Corriere della Sera. "They resolved the problem. I shouldn't be involved anymore. It was a mistake [...] thankfully it was all resolved in a couple of months."

Tim O'Toole, a sanctions specialist at law firm Miller & Chevalier, told Reuters that Trump likely committed the error amid the tidal wave of hastily-applied restrictions against Iran, China, and Venezuela. "When you move that fast, you tend to make mistakes," he said.

According to The Washington Post, the usage of targeted sanctions against individuals shot up during the Trump administration. An analysis conducted by law firm Gibson, Dunn & Crutcher found that Trump had applied just about double the amount that former President Obama did.

A treasury official told the Hill that the intended Bazzoni remains under sanctions.