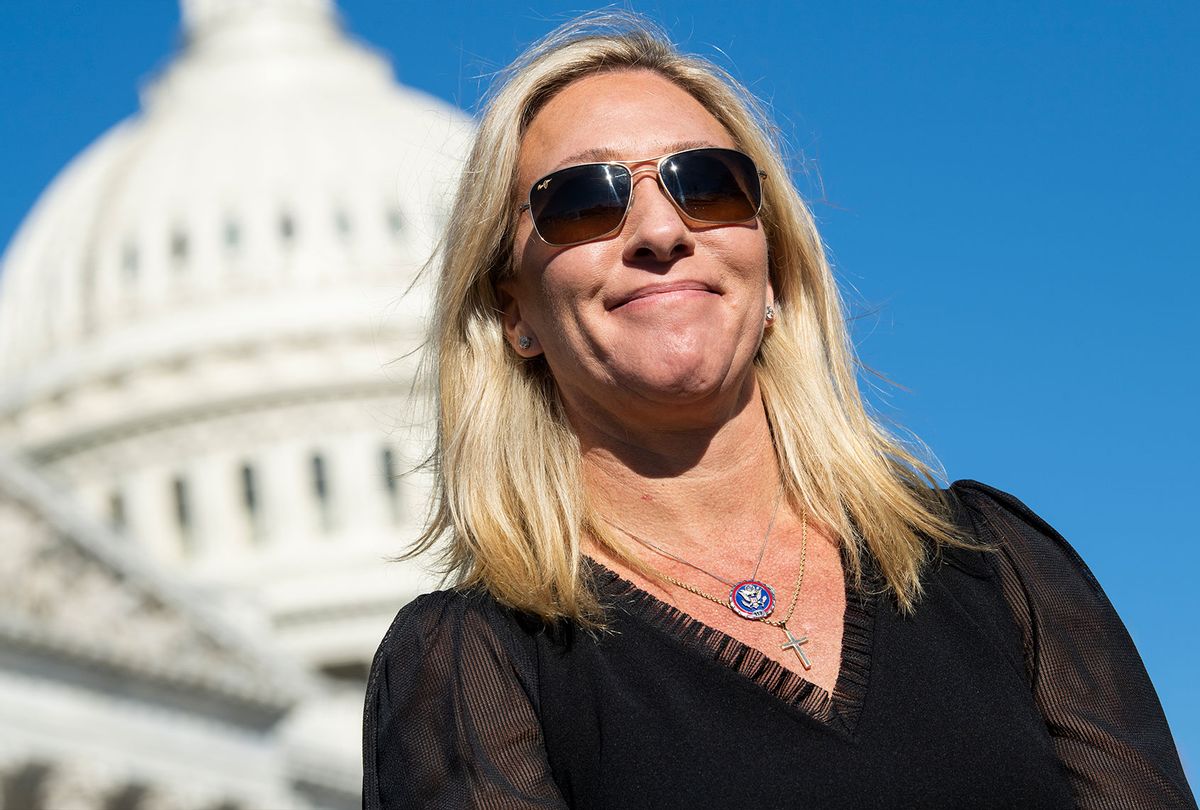 Although former President Donald Trump has been gone from the White House for over two months and Democrats control both the executive and judicial branches of the United States' federal government, Trump's grip on the Republican Party continues —and in the U.S. House of Representatives, one of the most Trumpian alliances is that of Rep. Marjorie Taylor Greene of Georgia and Rep. Matt Gaetz of Florida. With the 38-year-old Gaetz facing allegations that he was sexually involved with a 17-year-old girl — allegations he has vehemently denied — Greene is rising to his defense just as he recently rose to hers.

Gaetz finds himself caught up in a broad sexual trafficking investigation being carried out by the U.S. Department of Justice. The far-right GOP congressman and devout Trump supporter is not the main target of the probe, but the allegation that he had a sexual relationship with an under-age girl and paid her to travel with him is one of the things the DOJ is investigating.

The brash and snarky Gaetz has alienated a lot of people on Capitol Hill, including fellow Republicans — and he has been quick to attack others in his party for being insufficiently devoted to Trump. But Greene, on March 31, proudly expressed her support for Gaetz.

The far-right congresswoman and QAnon supporter tweeted, "Remember all the conspiracy theories and lies like Trump/Russia collusion and propaganda that the media has spread around. Take it from me rumors and headlines don't equal truth. I stand with @mattgaetz."

Another far-right House Republican and Trump devotee who is standing by Gaetz is Rep. Jim Jordan of Ohio. Jordan, a Tea Party activist and co-founder of the House Freedom Caucus, told CNN, "I believe Matt Gaetz."

The 46-year-old Greene is no stranger to controversy. In September 2020, she posted, on Facebook, an image of herself holding an AR-15 next to photos of progressive House Democrats Rep. Alexandria Ocasio-Cortez, Rep. Ilhan Omar and Rep. Rashida Tlaib and called for "strong conservative Christians to go on the offense against these socialists who want to rip our country apart" — a post that House Speaker Nancy Pelosi denounced as a "dangerous threat of violence."

Greene has a long history of making anti-Islam remarks. When Tlaib and Omar were elected to the House in 2018, for example, she described their victories as an example of "an Islamic invasion of our government."

In January 2019, Greene accused Pelosi of treason and called for her execution, saying, "A crime punishable by death is what treason is."

But despite all that, Gaetz defended Greene on March 19 when he posted:

One of the things that has kept the Gaetz-Greene alliance strong is their mutual support of Trump. After Trump lost to now-President Joe Biden in the 2020 presidential election by more than 7 million votes, both of them promoted the debunked conspiracy theory that he was robbed of a victory by widespread voter fraud.

Many Republicans are now distancing themselves from Gaetz. A GOP staffer, quoted anonymously, told the Daily Beast, "I don't think you'll find a lot of people who are desperate to keep him involved in Republican politics."

But Greene is an obvious exception, and their unholy alliance continues.