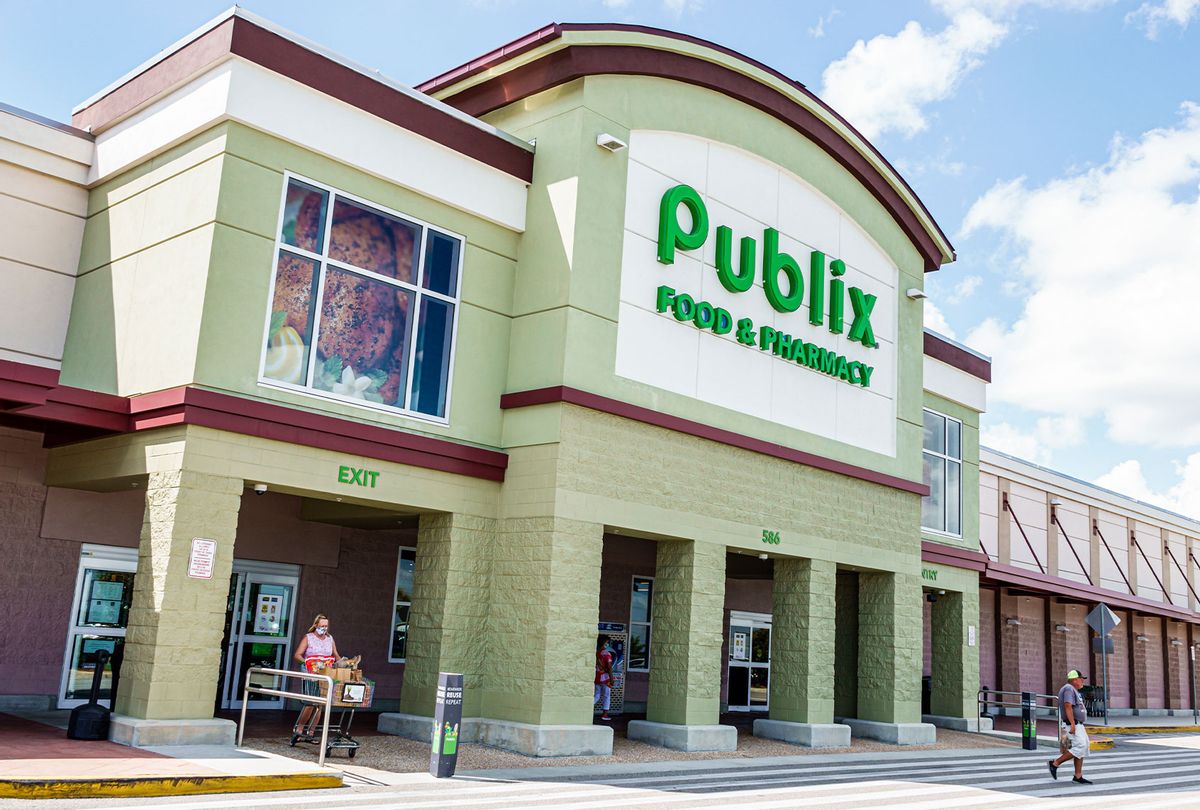 Florida Gov. Ron DeSantis has strongly denied suggestions in a Sunday night broadcast of CBS' "60 Minutes" that the rising Republican star took part in a pay-for-play scheme, allocating coronavirus vaccine doses designated to the state to major donors, including the Publix supermarket chain, which had previously cut his campaign a $100,000 donation.

"Publix, as you know, donated $100,000 to your campaign, and then you rewarded them with the exclusive rights to distribute the vaccine in Palm Beach," CBS reporter Sharyn Alfonsi stated at a recent DeSantis press conference, which was featured in the "60 Minutes" segment.

Campaign finance reports obtained by 60 Minutes show that weeks before Florida Governor Ron DeSantis announced a partnership with Publix grocery stores to distribute the vaccine in its pharmacies, Publix donated $100,000 to his PAC. https://t.co/bS3ZBeET1W pic.twitter.com/BSUlpVbXSP

DeSantis responded to Alfonsi by saying her question was based on calling a "fake narrative."  "So first of all, what you're saying is wrong," the Florida governor replied. "That's a fake narrative. ... I met with the county mayor. I met with the administrator. I met with all the folks in Palm Beach County, and I said, 'Here's some of the options. We can do more drive-through sites. We can give more to hospitals. We can do the Publix.' And they said, 'We think that would be the easiest thing for our residents.'"

The exchange between Alfonsi and DeSantis continued when the governor was pressed on what many observers have described as an inequitable rollout of the state's coronavirus vaccines. "It's wrong, it's a fake narrative. I just disabused you of the narrative, and you don't care about the facts because obviously, I just laid it out for you in a way that is irrefutable," DeSantis declared.

The "60 Minutes" segment reported on FEC records indicating that the grocery giant gave DeSantis' campaign a $100,000 donation weeks ahead of the governor's announcement that vaccines would be distributed in Publix stores. "Campaign finance reports obtained by '60 Minutes' show that weeks before the governor's announcement, Publix donated $100,000 to his political action committee, Friends of Ron DeSantis," Alfonsi reported in the segment. "Julie Jenkins Fancelli, heiress to the Publix fortune, has given $55,000 to the governor's PAC in the past. And in November, Fancelli's brother-in-law, Hoyt R. Barnett, a retired Publix executive, donated $25,000."

This isn't the first time DeSantis has been accused of implementing a vaccine rollout that favorited privileged communities and wealthy donors. A January analysis published by the South Florida Sun Sentinel found that "Publix vaccine sites were out of reach for many poor and Black Floridians." In February, numerous state officials said the governor's COVID vaccine distribution plan was based on "political influence," which was "potentially illegal." Rep. Debbie Wasserman Schultz, D-Fla., told the Sun Sentinel at the time that DeSantis' implied threats "that he would pull vaccine if people don't like the way the distribution system is working is vile and shows the callous indifference he has had in how the vaccine has been handled." DeSantis was also criticized by Florida State Agriculture Commissioner Nikki Fried, the top statewide elected Democrat, who said there was "no reason that Gov. DeSantis should be rationing vaccines based on political influence."

Following the Sunday "60 Minutes" interview, a coordinated campaign pushed by conservatives and right-wing media, including Fox News and Newsmax, began to spin a defense of DeSantis, claiming that CBS News had "maliciously edit[ed]" the governor's remarks.

"Wow, this is really, really bad. They ask a question full of innuendo ... and cut off the answer. Political ads have gotten taken off the air for less than this. @60Minutes has some explaining to do," GOP staffer Matt Whitlock wrote in response to the segment. Conservative Twitter pundit Stephen Miller argued, "So it turns out this is a lie & 60 Minutes used deceptive edits to create a narrative."

Interviews on a news-magazine show like "60 Minutes" are often edited for narrative or dramatic impact, and rarely feature verbatim remarks. Whether CBS News presented DeSantis' answers fairly or unfairly is the central question here — and not one on which his boosters and critics are likely to agree. While Fried tweeted that the "60 Minutes" segment was "exposing the nation to @GovRonDeSantis' failings & corruption during the pandemic," Jared Moskowitz, outgoing director of the Florida Division of Emergency Management, tweeted that no one from DeSantis' office had suggested Publix as a vaccination site and the story was "absolute malarkey."