Biden to move vaccination deadline as US pushes ahead of schedule

Biden's recently passed a $1.9 trillion stimulus bill looks to have accelerated the vaccination process in the US 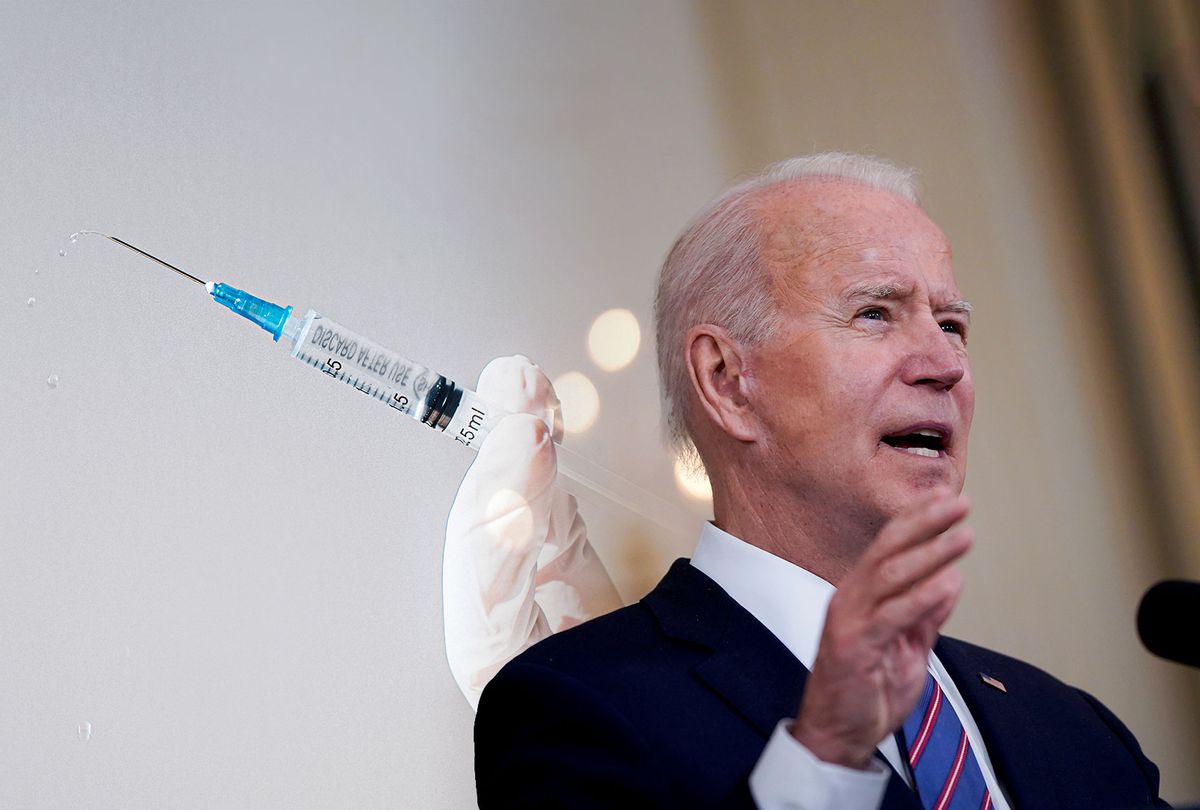 President Joe Biden plans to announce on Tuesday that he is moving up his deadline for states to allow all adults to be eligible for the COVID-19 vaccine. Instead of being May 1, as originally planned, the deadline will now be April 19.

The president is expected to make his formal announcement at a COVID-19 vaccination site in Virginia, according to the Associated Press. During that same speech, Biden is expected to tell the American public that more than 150 million doses have been administered since he was inaugurated on Jan. 20. If vaccines continue to be effectively dispensed at this rate, Biden will achieve his goal of administering 200 million shots by April 30, his 100th day as president.

Vaccine policy was already moving in the direction that Biden is officially declaring on Tuesday. Last week the president said that 90% of adults would be eligible for either the Pfizer, Moderna or Johnson & Johnson vaccines by April 19. He added at the time that those adults would also have a vaccination site within five miles of their residences.

During his speech in Virginia, Biden is also expected to mention that more than 4 million doses of a coronavirus vaccine were administered during a single 24-hour period over the weekend, according to CNN. He also plans on discussing how America is the first country to put more than 150 million shots into people's arms, with the number hitting 165 million doses as of Monday night. This includes more than 75% of people older than 65 having received a shot and 55% of them having been fully vaccinated, even though that had been the case for only 8% of them when he took office.

Biden has prioritized vaccinating Americans and combatting the coronavirus since he first took office. Last month he passed a COVID-19 relief bill that invested nearly $20 billion in administering coronavirus vaccinations, with the president later instructing states to make sure all adults are eligible for vaccines by no later than May 1. Biden defeated his predecessor, Donald Trump, in large part by focusing on the previous administration's mismanagement of the coronavirus pandemic and promising to be more effective at inoculating Americans and guiding the country to an economic recovery.

While the administration has made progress in promoting scientifically approved public health measures and vaccinating millions of people, Biden's spokespeople have also expressed concern about states reopening their economies too soon. Last month Biden's head of the Centers for Disease Control and Prevention (CDC), Dr. Rochelle Walensky, pointed to a recent increase in COVID-19 cases as cause for alarm. She noted that, although more people are getting vaccinated than ever before, there is still the risk of another surge if the public does not exercise caution.

"I'm going to pause here, I'm going to lose the script and I'm going to reflect on the recurring feeling I have of impending doom," Walensky told reporters at a press conference. "We have so much to look forward to. So much promise and potential of where we are and so much reason for hope. But right now I'm scared."

She added, "I am really worried about reports that more states are rolling back the exact public health measures we have recommended to protect people from COVID-19." Walensky has also previously expressed concern that mutant strains of the coronavirus could be evade vaccines and make it harder to beat the pandemic.