Colorado has one of the least restrictive voting systems in the U.S., has been praised as the "gold standard" 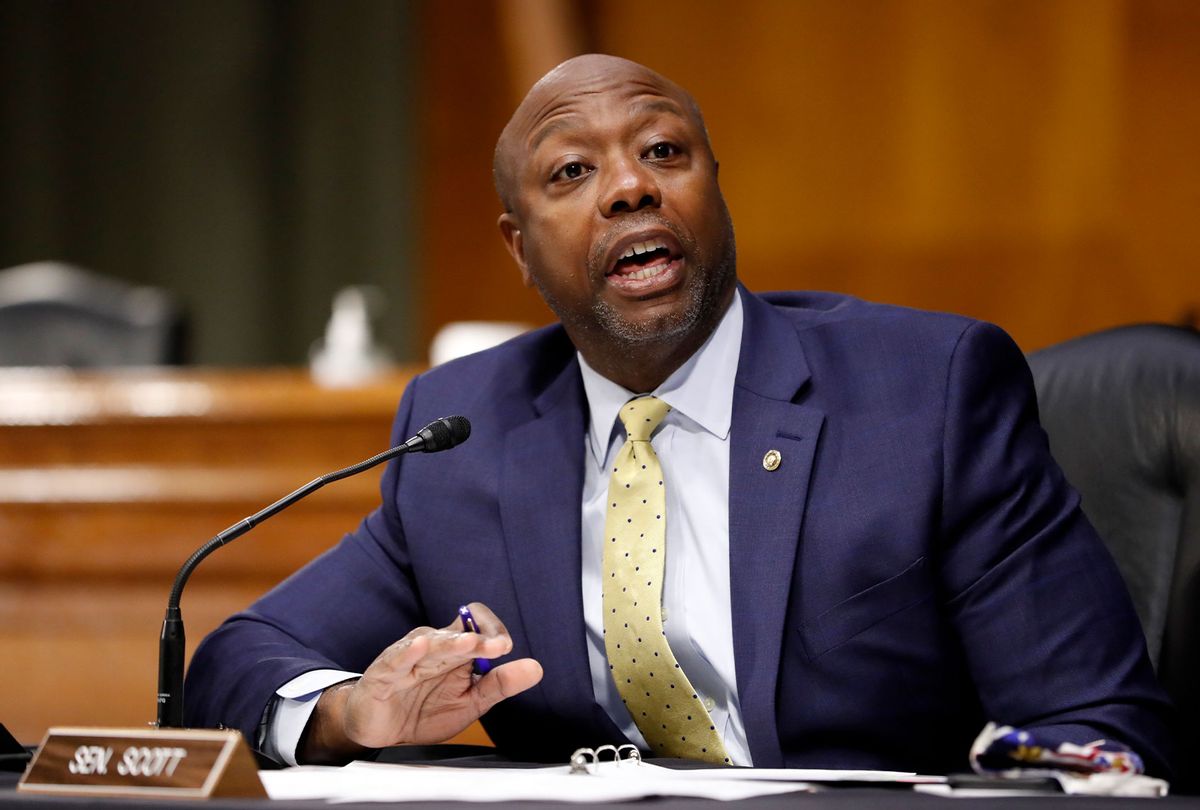 Republicans angry at Major League Baseball's decision to relocate its All-Star Game from the Atlanta area to Denver have misleadingly likened Georgia's new voting restrictions to laws in Colorado, whose voting system has been praised by even Republicans as the "gold standard."

MLB Commissioner Rob Manfred announced on Tuesday that Denver's Coors Field will host the All-Star festivities in July after the league pulled the game from Atlanta's Truist Park "to demonstrate our values as a sport."

Republicans pounced on the news, inaccurately suggesting that Colorado has stricter voting laws than Georgia. Though SB 202, the voting omnibus bill, expanded early in-person voting, the law severely restricts absentee voting, requires voter ID for mail-in ballots and restricts the use of ballot drop boxes. The law, passed in response to false election fraud claims by former President Donald Trump and his GOP allies, also replaces the elected secretary of state as head of the State Election Board with a legislative appointee, allows state officials to take over local elections offices, and makes it a crime to serve food or water to voters in long lines.

Sen. Tim Scott, R-S.C., complained on Twitter that the "Wokes are at it again," arguing that both Georgia and Colorado require voter ID and Georgia has two more days of early voting. He also noted that Atlanta is 51% Black and Denver is 9.2% Black, questioning why the game was being moved from a city that has "more day-of voting rights" than Colorado.

It's worth noting that Truist Park, the home of the Atlanta Braves, is not actually in the city of Atlanta. The Braves moved in 2017 from majority-Black Atlanta to suburban Cobb County, which is more than 62% white. More important, the Georgia law explicitly took aim at Atlanta voters, banning the use of mobile voting buses, which were only used in Fulton County, which includes much of Atlanta.

Matt Whitlock, a spokesman for the National Republican Senatorial Committee, echoed Scott's argument on Twitter, as did numerous other conservatives and right-wing media outlets like Fox News.

"Colorado requires voter ID to vote in person — either a driver's license, an IRS issued ID card, a valid passport, or a valid employee card with a photo," Whitlock wrote. "@MLB better be ready to explain why this is more acceptable than Georgia after that absurd political statement."

CNN fact-checker Daniel Dale criticized Whitlock for a wholly incomplete list of valid forms of identification accepted in Colorado, which includes non-photo forms of ID like utility bills, and described Scott's comparison between the two states as "absurd."

It's true that Colorado requires voter ID to vote in person, but as the National Conference of State Legislatures points out, the state has a "non-strict" voter ID law for in-person early voting, meaning voters can use a wide variety of identification documents, including some that do not have a photo. Furthermore, voters with no ID can still cast a provisional ballot.

Georgia, on the other hand, has a "strict" in-person voter ID law, which requires a photo ID, and only allows voters to cast provisional ballots if they present an ID within three days to a country registrar. But the major issue at hand isn't but Georgia's onerous new absentee voter ID requirement, which requires voters to submit a driver's license number, Social Security number or other ID. Colorado, on the other hand, only requires ID when a voter casts a ballot by mail for the first time and allows a wider variety of ID types.

Scott's point about the length of each state's early voting period is also true but misleading: In-person voting is virtually nonexistent in Colorado since the state adopted an all-mail voting system. Last year, more than 99% of all primary voters cast their ballots by mail and more than 90% of voters used mail ballots even before the pandemic, a far cry from the hours-long lines Georgia voters had to endure. The state sends every eligible voter a mail ballot, which has been a boon for turnout: Nearly 87% of registered Colorado voters cast ballots last year, the second-highest turnout in the nation. Georgia's new law, on the other hand, bans election officials from sending absentee ballot applications to registered voters.

"Here's an easy way to tell the difference: Find a photo of Colorado voters waiting in a long line on Election Day," quipped Washington Post reporter Dave Weigel. "Any photo from the last seven years, since all-mail voting was phased in. Good luck."

Colorado also allows voters to submit ballots in drop boxes, which are available 24 hours a day until Election Day, while Georgia's new law limits the number of drop boxes available, allows drop boxes only during the state's early voting period, and restricts the hours the drop boxes are available.

"The truth is Colorado's election model works. We mail ballots to all voters, have early voting, and same-day voter registration. Voters can participate easily in our elections, which are also the most secure in the nation. Election accessibility and security can go hand-in-hand," she said. "We give voters ample time and options to participate in our elections. County clerks send ballots out more than three weeks ahead of Election Day. Drop boxes and voting centers open around the state soon thereafter. These various options give voters time to send their ballot back in the mail, drop it into a drop-box, or vote in-person.

"And the proof is in our voter turnout, consistently amongst the top in the nation," she added. "We've got the most accessible and secure elections in the country."

Despite the misleading Republican argument, Fox News reporter Peter Doocy questioned White House press secretary Jen Psaki on Tuesday about whether the Biden administration is "concerned" that the All-Star game will be held in Colorado, "where voting regulations are very similar to Georgia?"

"Let me just refute the first point that you made," Psaki shot back. "Colorado allows you to register on Election Day. Colorado has voting by mail, where they send to 100% of people in the state who are eligible applications to vote by mail. Ninety-four percent of people in Colorado voted by mail in the 2020 election."

Psaki reminded reporters that Georgia's law was entirely the product of false claims about election fraud pushed by Trump and Republican allies, even though those claims were refuted by Trump administration officials and several Republican Georgia state officials.

I think it's important to remember: The context here of the Georgia legislation is built on a lie," Psaki said. "There was no widespread fraud in the 2020 election. Georgia's top Republican election officials have acknowledged that repeatedly in interviews."

While there was no fraud, Psaki added, there was record-setting turnout by voters of color.

"What we're seeing here, for politicians who didn't like the outcome, they're not changing their policies to win more votes, they're changing the rules to exclude more voters," she said. "And we certainly see the circumstances as different."