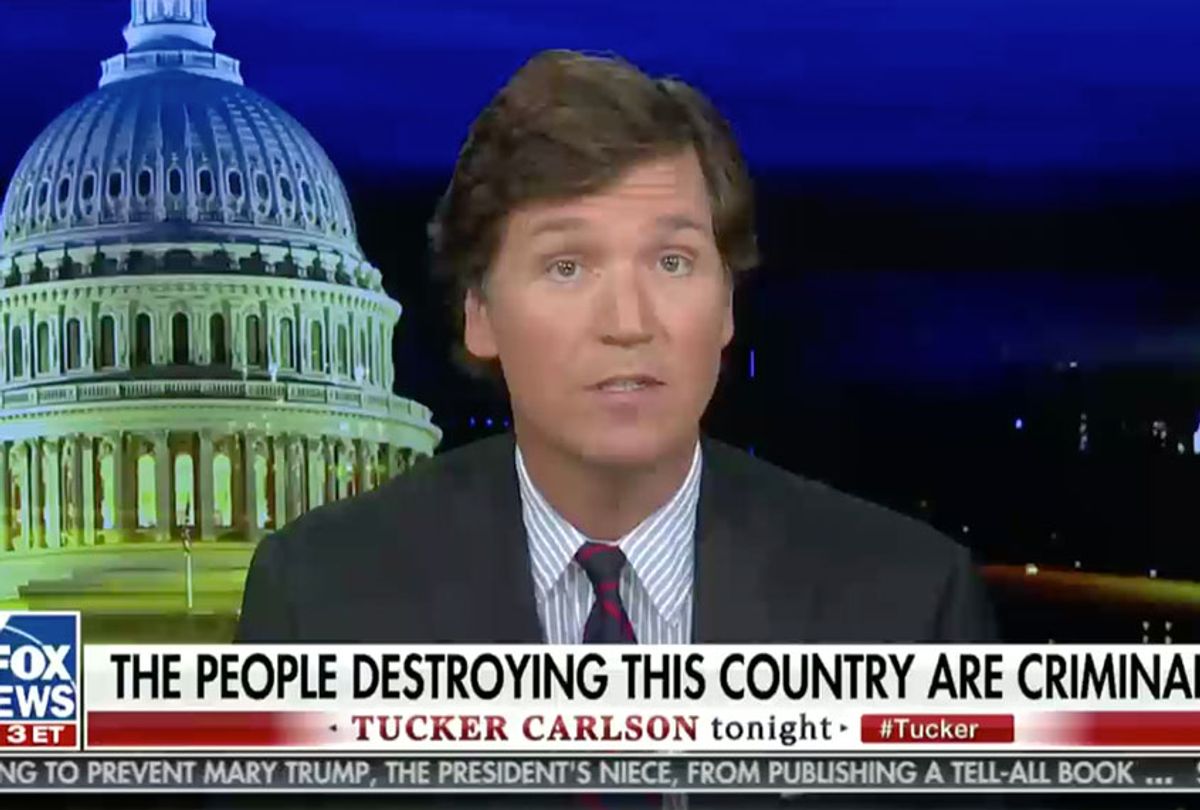 Fox News host Tucker Carlson is facing another backlash, this time for endorsing the "great replacement" conspiracy theory that has been used by white supremacists.

On Thursday, Carlson claimed that "the Democratic Party is trying to replace the current electorate" with "new people, more obedient voters from the Third World."

He added that "the left and all the little gatekeepers on Twitter become literally hysterical if you use the term 'replacement.'"

"The 'great replacement' theory is a xenophobic and antisemitic conspiracy. Racist extremists like Tucker will only amplify it more as climate change increasingly drives dislocation and migration," Jewish progressive group If Not Now said in a statement. "The fight for Jewish safety is the fight for migrant and climate justice."

Carlson also sparked widespread backlash for claiming white supremacy is a "hoax" just three days after the El Paso shooter killed 22 people over fears of a "Hispanic invasion"; and for warning Fox News viewers that the Black Lives Matter "mob" will "come for you."

Among the United States' most prominent white supremacists, Andrew Anglin has described Carlson's show as " basically 'Daily Stormer: The Show'."