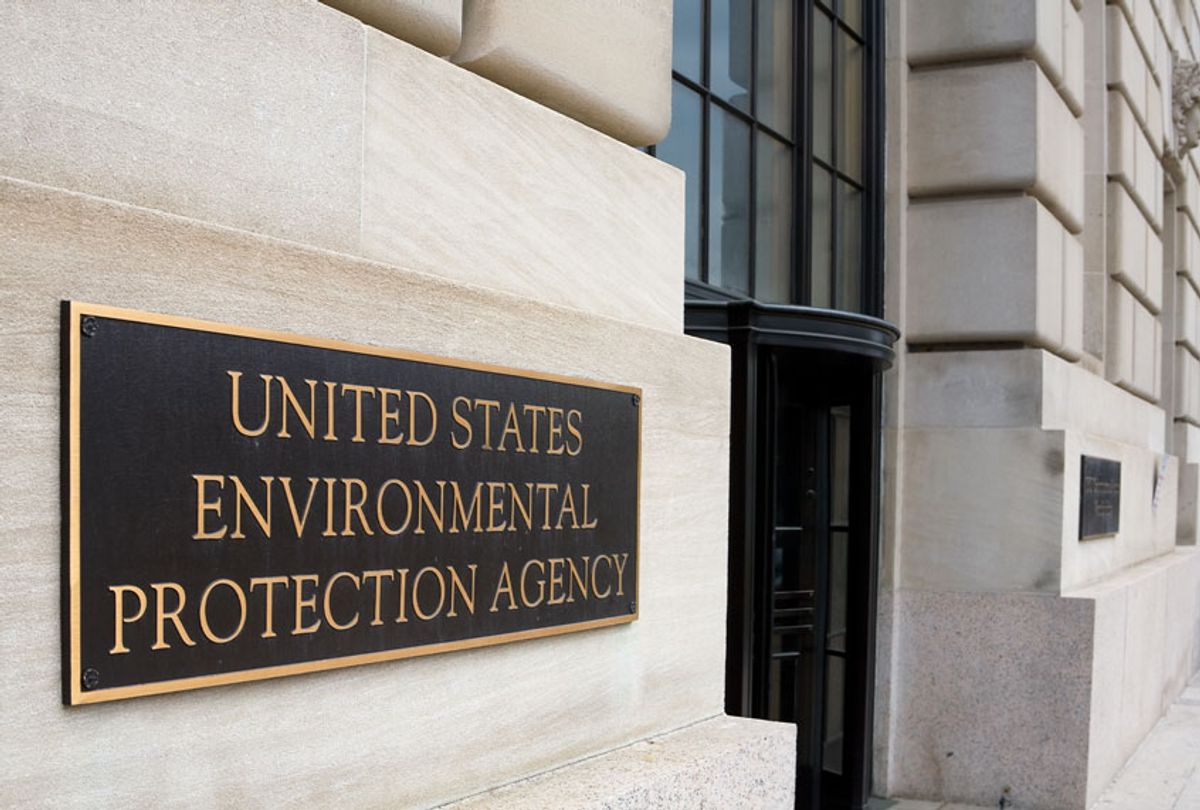 Hope Grosse grew up across the street from a military airbase just north of Philadelphia where she and her friends would watch firefighters practice putting out fires on old military planes. At night they would climb the fence to the base and sit in a plane, pretending they were flying.

"It was like a show for us," Grosse said.

The chemicals in the foam firefighters used at the Naval Air Warfare Center Warminster are now known to be linked to cancer, thyroid disease and lowered immunity. The Trump administration sat on a proposed rule that would designate two of the chemicals as "hazardous substances" under our nation's Superfund law and give the Environmental Protection Agency more power to clean up these sites.

Grosse's father, Howard Martindell, died of a brain tumor at age 52.  Grosse, who was exposed to PFAs and other chemicals, had skin cancer on her ankle that got into her bloodstream and spread. She is in remission, but she will have chest x-rays and bloodwork done every year for the rest of her life.

Grosse and Joanne Stanton, who grew up nearby, are part of the National PFAS Contamination Coalition. The organization is pushing the Biden administration to list perfluoroalkyl and polyfluoroalkyl substances, or PFAS, as hazardous substances.

The chemicals, made since the 1940s, are sometimes called "forever chemicals" because they don't break down in the environment and can remain in our bodies for years. They are valued because they can repel oil and water.

Jackets, carpets, mascara and hand sanitizer are made with PFAS. More than 200 million Americans may have drinking water contaminated with these chemicals. There are about 3,000 different PFAS chemicals.

PFAS manufacturers include DuPont, which invented Teflon, and 3M. These companies have spent millions of dollarslobbying the federal government.

Under our nation's Superfund law, signed by President Jimmy Carter in 1980, the EPA can require that hazardous sites be cleaned up and sue polluters to recover cleanup costs. The EPA can only use this powerful tool to clean up "hazardous substances."

Under current federal law, PFAS chemicals are considered pollutants or contaminants but not hazardous substances. This limits the power of the EPA and the states to clean up PFAS pollution.

The cost to clean up PFAS pollution is estimated to be 10s of billions of dollars. The military has balked at fully cleaning up bases in Michigan and Pennsylvania. At least 121 U.S. military installations have groundwater contaminated with PFAS.

"There is no requirement to take the soil out," Navy official Gregory Preston said in 2019. "There are no limits. There are no regulations."

Stanton's son Patrick was diagnosed with a brain tumor when he was six years old. The doctors asked after surgery what his exposure was to chemicals. Patrick survived, but at age 33 he is mildly disabled and lives with his parents.

"I thought if water came out of your kitchen faucet it was OK," Stanton said. "We were drinking poisoned water our entire childhood."