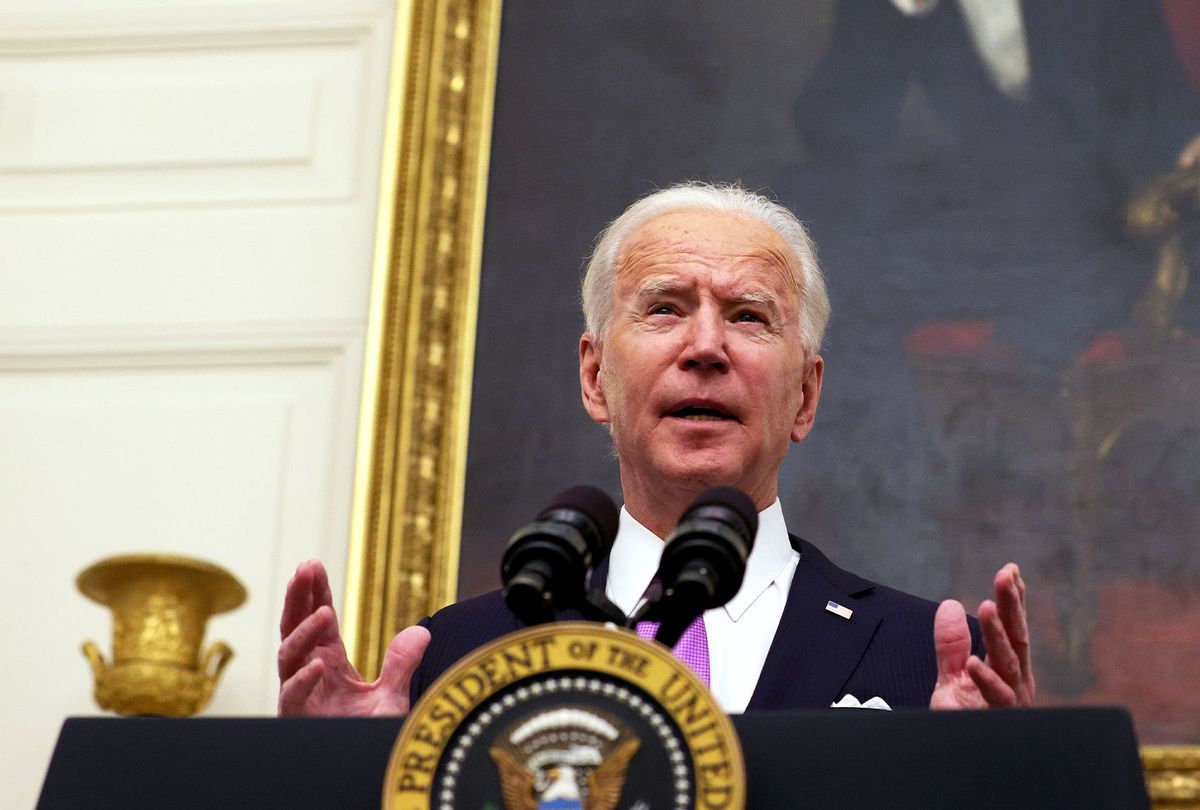 President Joe Biden plans to withdraw all U.S. troops from Afghanistan by September 11 of this year, a day that marks the 20th anniversary of the September 11 attacks, which first led the nation into what many called its "forever war."

Biden's announcement, expected to be made public on Wednesday, flouts a Trump-era deal brokered with the Taliban in which the former President promised to withdraw U.S. troops by May 1, according to the Washington Post. At the time of the deal, the Taliban threatened attacks on U.S. and NATO troops if U.S. troops hadn't been pulled out by America's past deadline. It is unclear whether they will remain under threat with Biden's extension.

Federal authorities currently say there are approximately 2,500 on Afghan soil, with an additional 7,000 foreign troops, a majority of them NATO forces.

The announcement comes on the heels of a three-month administration review of America's protracted military intervention in Afghanistan. The review, according to a senior official, determined that U.S. national security threat from Afghanistan is "at level that we can address it without a persistent military footprint in the country and without being at war with the Taliban." The official added that the U.S. may in fact withdraw before the official deadline.

Meanwhile, a bipartisan groundswell of U.S. lawmakers worries that a troop withdrawal might undermine the American-led progress made in female empowerment for Afghan women.

Rep. Lois Frankel, D-Fla., a co-chair of the Women, Peace and Security caucus, expressed concern that the "gains made by women over the past years could evaporate."

"We don't want to go backwards," she said, adding that Congress would have to "work closely with our administration to do everything that's reasonably possible to make sure that the progress made for human rights in Afghanistan continue."

According to CNN, the Biden administration has routinely made sure that deals made between the U.S. and the Taliban must ensure human rights and especially the rights of women, who are repeat victims of violence or misogyny in Afghanistan.

Former U.S. diplomat Annie Pforzheimer, who was the acting deputy assistant secretary of state for Afghanistan until March of last year, stressed to CNN that "there is a difference between saying that you want to protect the rights of women and then taking actions which genuinely would do so." According to Pforzheimer, withdrawal should "also include the beginnings of a social agreement on that outline of a political road map."

Many on the left, however, argue that the U.S. itself has likely to have committed a whole host of human rights abuses in Afghanistan. Just last month, for example, a U.N. report found that a third of all detainees held in Afghan prisons run by the U.S-backed Afghan government. In 2016, the International Criminal Court said that there was a "reasonable basis to believe" that U.S. soldiers had committed war crimes in Afghanistan from 2003-2004.

Biden administration officials reportedly intend to remain involved in peace talks with Afghanistan, as well as provide aid and assistance where it is needed. It is unclear when NATO will withdraw, but one person familiar with the matter suggested to the Post that NATO countries will do work in tandem with the U.S.'s withdrawal.

"I applaud President Biden for achieving an impossibility here in Washington: ending a forever war," Rep. Ro Khanna, D-Calif., said in a Tuesday statement. "It is an act of extraordinary political courage and vision. After 20 years, thousands of lives lost, and trillions of dollars spent, we are finally bringing home our troops from Afghanistan."