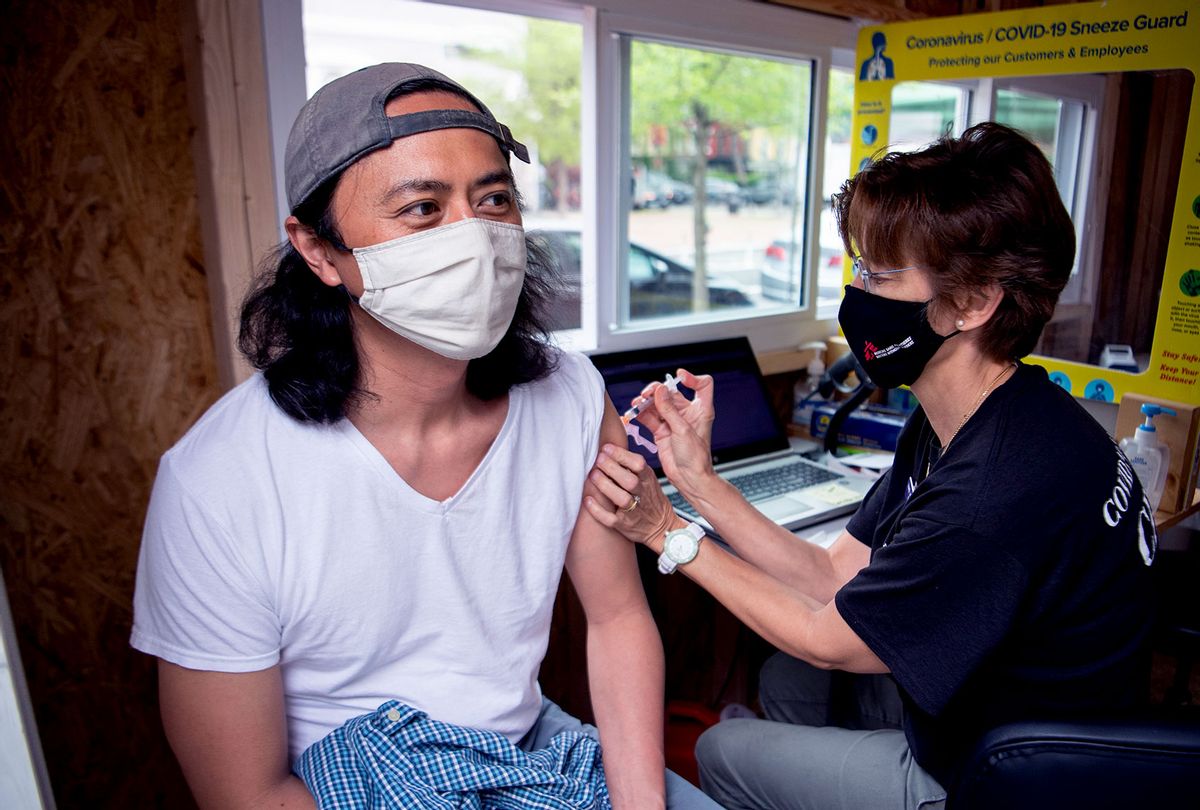 U.S. federal health agencies are recommending a "pause" on the use of a Johnson & Johnson's single-dose vaccine over fears that the vaccine may be causing rare cases of blood clots within two weeks after inoculation.

Both the Centers for Disease Control and Prevention (CDC) and the Food and Drug Administration (FDA) told federal health authorities that they are investigating six cases of blood clots in women aged 18 to 48 that occurred anywhere from 6 to 13 days after vaccination. One woman has died as a result of the condition and another has been hospitalized, according to The New York Times.

"We are recommending a pause in the use of this vaccine out of an abundance of caution," Dr. Anne Schuchat, principal deputy director of the CDC, and Dr. Peter Marks, director of the FDA's Center for Biologics Evaluation and Research, issued in a joint statement. "Right now, these adverse events appear to be extremely rare."

Notably, there have been 5 million Johnson & Johnson vaccines administered in the United States, with only six cases of blood clots. According to CDC estimates, around 60,000-100,000 Americans die of blood clots every year, or between 160 and 275 every day. The average American's lifetime risk of developing a blood clot falls between 2 to 5 percent, and their relative risk increases with age, obesity, illness, and surgery.

Because mass vaccinations involve millions of people, it is not uncommon for unrelated, random illnesses to be misinterpreted as resulting from the vaccine. Statistically, in a sample size of 5 million — the number of people who have been given the Johnson & Johnson vaccine in the United States — between 2.4 and 4.2 of those 5 million people would, on an average day, die of a blood clot for reasons unrelated to the vaccine.

Johnson & Johnson has maintained that there is "no clear causal relationship" between their vaccine and the blood clots, according to CNBC, but the company is currently working with regulators to investigate the incidents. In a statement provided to Fox News, the pharmaceutical giant said that "safety and well-being of people who use our products" is still its first priority, and that it was already aware of an "extremely rare disorder involving people with blood clots in combination with low platelets in a small number of individuals who have received our COVID-19 vaccine."

The blood clot, called cerebral venous sinus thrombosis, is primarily seen in people with low platelet levels. However, it is extremely rare and requires a specific kind of treatment. "Treatment of this specific type of blood clot is different from the treatment that might typically be administered," the CDC and FA stated. "Usually, an anticoagulant drug called heparin is used to treat blood clots. In this setting, administration of heparin may be dangerous, and alternative treatments need to be given."

The FDA said the pause will "ensure that the health care provider community is aware of the potential for these adverse events and can plan due to the unique treatment required with this type of blood clot." But federal authorities do not think the pause will be particularly lasting. "I'd like to stress these events appear to be extremely rare," FDA Acting Commissioner Janet Woodcock said at a presser. "COVID-19 vaccine safety is a top priority. We expect it to be a matter of days for this pause."

Last week, European federal regulators found a potential link between blood clotting and AstraZeneca's vaccine, which has not yet been authorized for use in the U.S. According to infectious disease specialist Isaac Bogoch, AstraZeneca and Johnson & Johnson use a similar platform called an adenovirus, which often triggers the short-lived immune response people typically register as symptoms of a mild cold.

The halt is yet another blow to Johnson & Johnson's vaccine rollout. Last month, the company found that workers at a Baltimore production plant had accidentally contaminated a new batch of vaccines, forcing the company to dispense with anywhere from 13 to 15 million shots, according to The Times. That plant's production has since been delayed, reducing the company's overall supply.

According to White House Coronavirus Response Coordinator Jeffrey Zients, the pause will not have any "significant impact" on Biden's goal to vaccinate 200 million Americans in the first 100 days of his presidency.