To test if dogs feel envy, researchers made them watch their owners play with fake dogs

Dogs have a ruff time watching their owners give attention to other dogs, a canine psychology study finds 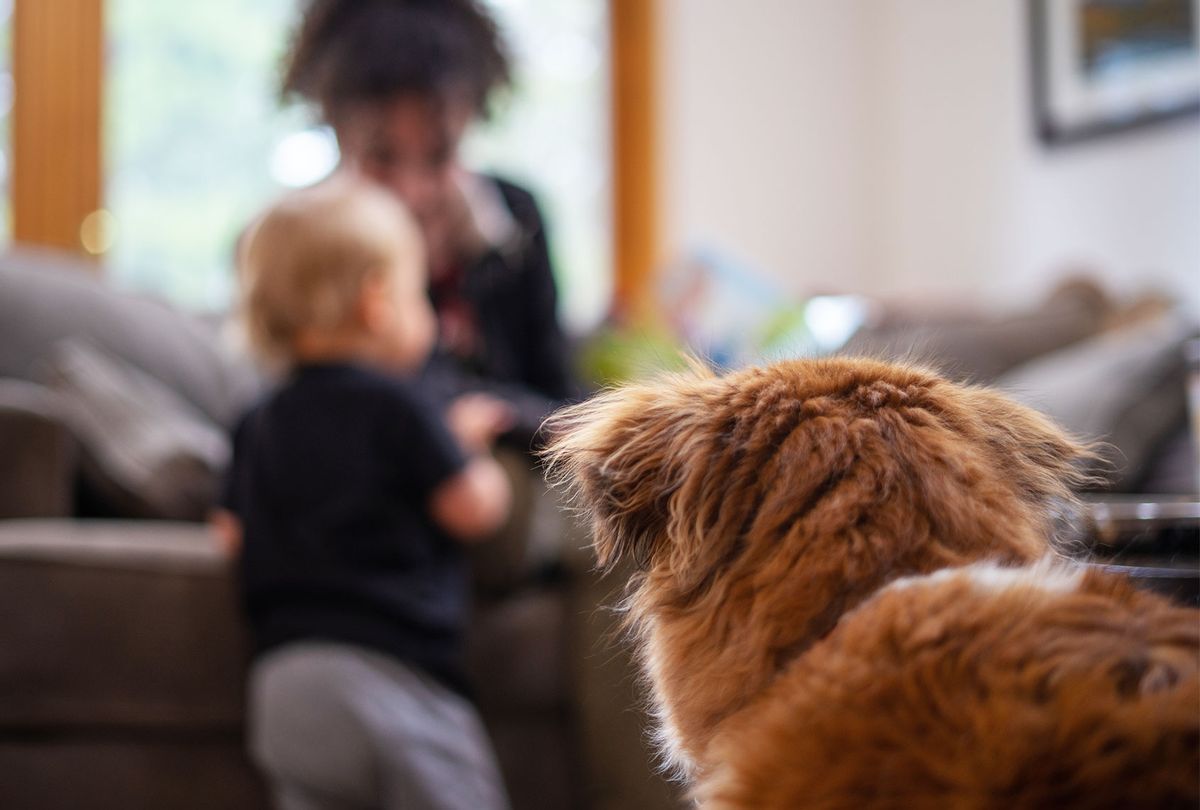 Dogs have co-evolved with humans for tens of thousands of years, and their genes have been honed by humans to the point that many dogs actually prefer human company to that of their fellow canines.  Yet despite being man's best friend, we still do not entirely know whether dogs — or any animal, really — feel the same emotions as we do, much less in quite the same ways.

That question — both of whether animals feel the same range of emotions as us, and the question as to how one might measure such a thing — has occupied philosophers' minds for millennia. "Answer me, you who believe that animals are only machines," eighteenth century French Enlightenment philosopher Voltaire wrote, "has nature arranged for this animal to have all the machinery of feelings only in order for it not to have any at all?"

Now, a new study published in the journal Psychology Science suggests that Voltaire may have been ahead of his time.

Psychology researchers from New Zealand's University of Auckland performed a series of experiments with 18 dogs that they believe demonstrate our doggie companions express something that resembles jealousy when they think their humans are replacing them. When dogs saw their owners interact with a realistic-looking fake dog, they would pull hard on their lead, but did not react in the same strong way when their owners interacted with an innocuous inanimate object (in this case, a fleece cylinder). Just as notably, the dogs pulled on their leads on occasions when their owners were behind a barrier with their faux canine rivals. This suggests that, even though they could not directly see their owner showering attention on another dog, they conceptualized that it might be happening — and were envious.

By contrast, the dogs did not react with jealousy when an owner merely happened to be in the same room as a potential rival, even if the owner was petting the fleece cylinder at the time. (There is a YouTube video with more on their research below.)

Indeed, Voltaire's quote is "very relevant to our work," Amalia Bastos, a doctoral candidate and the lead author of the study, told Salon by email. "One of the ways in which we can study animals' intelligence and emotional experiences is by searching for commonalities in how they behave compared to humans."

Bastos also explained that there is a strong evolutionary explanation for doggie envy.

"​Psychologists believe that jealousy evolved to help individuals protect valuable social bonds, which might confer material or emotional benefits to themselves," Bastos explained. "Given how closely dogs have lived alongside humans for thousands of years, it is possible that they apply this mechanism to protect their relationship with their owner from being stolen or eroded by a social rival."

Bastos argued that, per the Voltaire quote, dogs likely share all of the basic emotions that are felt by humans and other animals. That said, she clarified that currently it is "impossible to scientifically establish the subjective experiences of other animals. However, identifying commonalities between how dogs and humans react in situations that should only trigger particular emotions is a good starting point to investigating whether they might be capable of feeling jealousy."

Bastos explained that the most important takeaways from the new research are that dogs seem able to "mentally represent, or imagine" social interactions that they are not able to directly see. Bastos also drew attention to how the dogs' reactions were directly linked to whether their social partner was interacting with a potential rival and how the dogs seemed upset by the interactions specifically, rather than simply whether they happened to be in the same area as a possible rival.

At the very least, though, the new study offers humans some advice on how they can make sure their furry friends don't get their feelings hurt.

"​Given that there is a possibility that dogs might feel jealousy — although we cannot say this with any certainty yet — owners may wish to take their pet's feelings into consideration if they believe their dogs are displaying jealous behavior," Bastos wrote to Salon. "Next time you pet that cute new puppy at the dog park, you might want to make sure you give your dog some attention too."