The charge carries a maximum penalty of 10 years in prison and a $20,000 fine 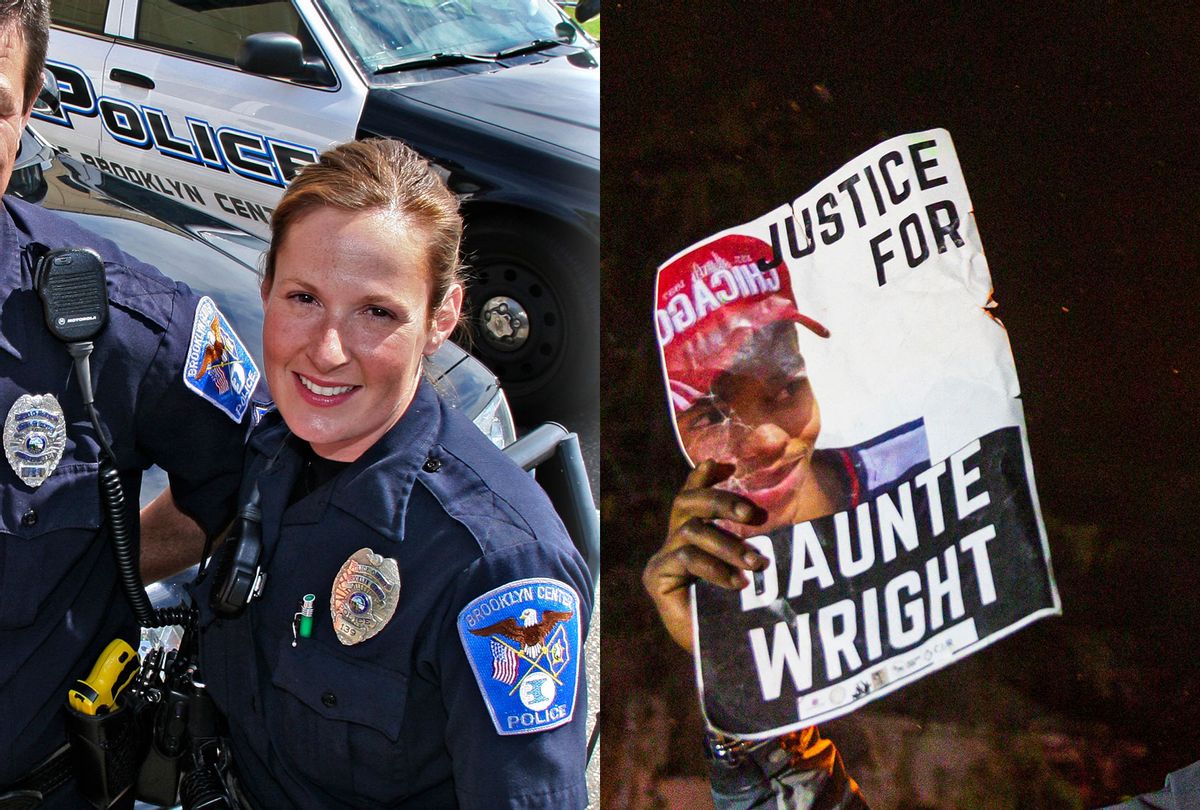 The former Minnesota police officer who was captured on camera fatally shooting Daunte Wright during a traffic stop has been charged with second-degree manslaughter, authorities said Wednesday.

In Minnesota, second-degree manslaughter applies when authorities allege a person causes someone's death by "culpable negligence whereby the person creates an unreasonable risk, and consciously takes chances of causing death or great bodily harm to another." The charge carries a maximum penalty of 10 years in prison and a $20,000 fine.

On Sunday, Wright was shot by Potter during a traffic stop in the small Minneapolis suburb of Brooklyn Center. According to what Wright's mother said he told her on the phone during the stop, the police told him he was pulled over for hanging air fresheners on his rearview mirror.

"All he did was have air fresheners in the car, and they told him to get out of the car," Katie Wright told The Star Tribune on Sunday. "During the call, she said she heard scuffling and then someone saying 'Daunte, don't run' before the phone call ended. When she called back, her son's girlfriend answered and said Daunte had been shot," The Tribune reported.

In the wake of Wright's death, Potter and Brooklyn Center Police Chief Tim Gannon turned in their badges Tuesday. The shooting occurred just 14 miles north of where George Floyd was killed last year.

During a press conference Tuesday, an aunt of Daunte Wright revealed that the former girlfriend of George Floyd had also been her nephew's teacher at one point. "I wear this shirt and the craziest thing is to find out today that my family has connections to this man, to this family. His girlfriend was the teacher for my nephew," she said.

The Floyds and the Wrights are two families both mourning Black men who died because of officers' use of force.

"Can you blame Daunte for being terrified as a Black man in custody of police, when you just watched here in Minneapolis George Floyd being murdered at the hands of the very same police?" George's nephew Brandon Floyd asked.