The new city dates back to the age before one of the most famous pharaohs, King Tut 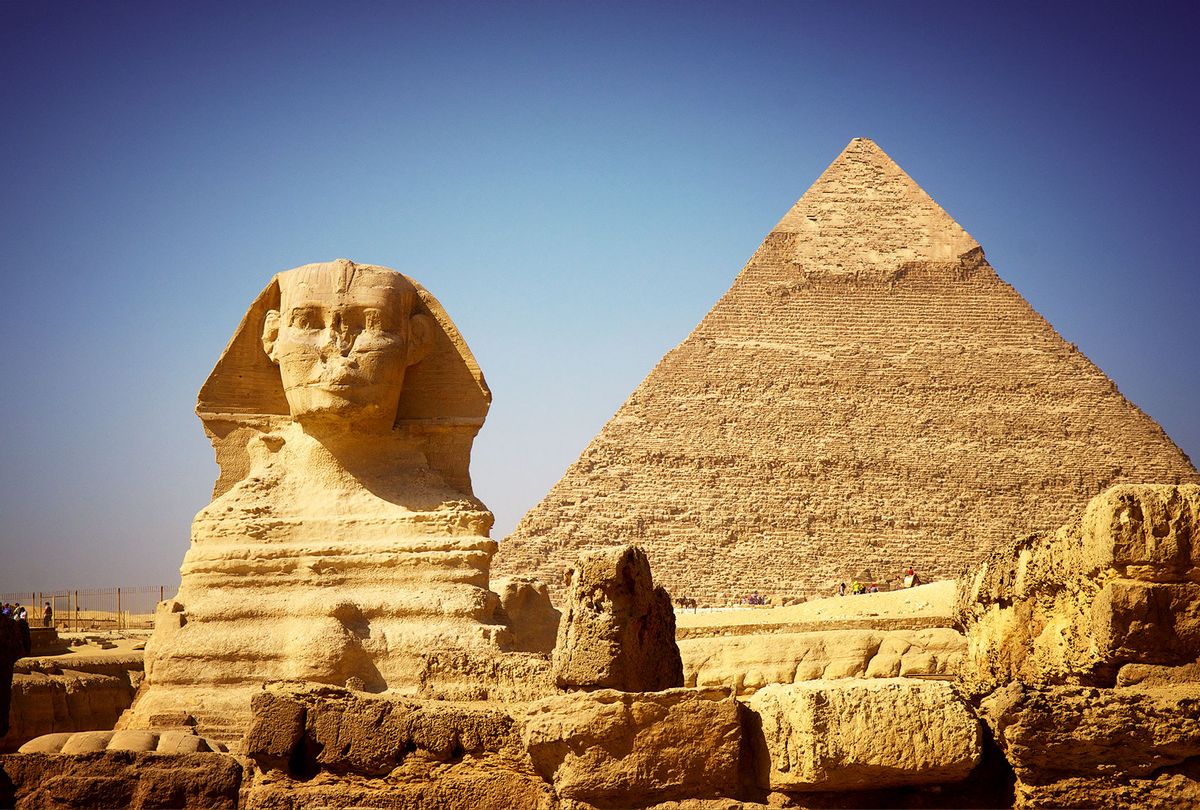 Great Sphinx of Giza and Pyramid of Khafre (Getty Images)
--

For centuries archaeologists and other scholars have carefully excavated the ruins of Pompeii, the wealthy ancient Roman city that was frozen in time after being buried in volcanic ash and pumice after Mount Vesuvius erupted in 79 AD. Pompeii continues to capture the public imagination because it is so well-preserved: One can find houses and shops, graffiti and art, and even observe the voids where people and animals spent their final moments before dying.

Pompeii is iconic in part because it is a metaphorical means of stepping back in time thousands of years. Now, scholars are claiming they have found the Egyptian equivalent — a comparable, well-preserved ancient Egyptian city.

Described as the largest ancient city ever discovered in Egypt, the mission that led to its discovery was led by Egyptian archaeology Zahi Hawass. Hawass and his colleagues were searching for the mortuary temple of King Tutankhamun (the famous "King Tut"). They were surprised when they instead uncovered a "lost golden city" in Luxor founded by King Tut's grandfather.

The city was founded by the pharaoh King Amenhotep III, who is believed to have ruled Egypt from roughly 1390 until 1353 B.C.E., and remained active for a period of time by ruling with his son Amenhotep IV/Akhenaton. Based on historical references and a close analysis of the finds in the city, experts believe that the newly-discovered city included three of King Amenhotep III's royal palaces along with many of the empire's important industrial and administrative buildings.

Excavators have so far uncovered mud brick buildings, pottery, rings and scarabs. They have also found a bakery, complete with ovens and storage pottery; a vessel containing 2 gallons of meat; and even wine vessels with hieroglyphic inscriptions on their clay caps. Many of the rooms contain tools that Egyptian workers would have used in their day-to-day lives for industrial occupations. They also uncovered a person buried with the remains of a rope wrapped around his knees and two unusual burials of either a cow or bull.

"There's no doubt about it; it really is a phenomenal find," Salima Ikram, an archaeologist who leads the American University in Cairo's Egyptology unit, told National Geographic. "It's very much a snapshot in time — an Egyptian version of Pompeii."

King Amenhotep III's reign was one of the most important in ancient Egyptian history. His rule is widely believed to have been a prosperous and powerful one for the empire, but only a few years after he died, his successor King Amenhotep IV — who ruled from 1353 to 1336 B.C.E. — became a locus of controversy. He renounced Egypt's polytheistic religion and reformed the Egyptian religion to focus on a single god from their pantheon, the sun god Aten, a decision that is believed to have been unpopular with the people. He even changed his name to Akhenaten, which translates to "devoted to Aten," and moved the royal seat from Thebes to a new city he dubbed Akhetaten (now located in Amarna).

His changes did not last, however. When his son King Tut took over, he reversed all of Akhetaten's religious changes and worked to wipe out his new capital, his art and as much else as he could associated with his predecessor's tenure.

"This was really a large city that was lost," Hawass told the Associated Press. "It was lost because we never thought that this city could be discovered." He added that inscriptions found in the city reveal that it was associated with the sun god Aten, even noting that they found inside houses disks associated with Aten.