How to watch the Oscar-nominated animated shorts, from cuddly critters to the anxiety-ridden 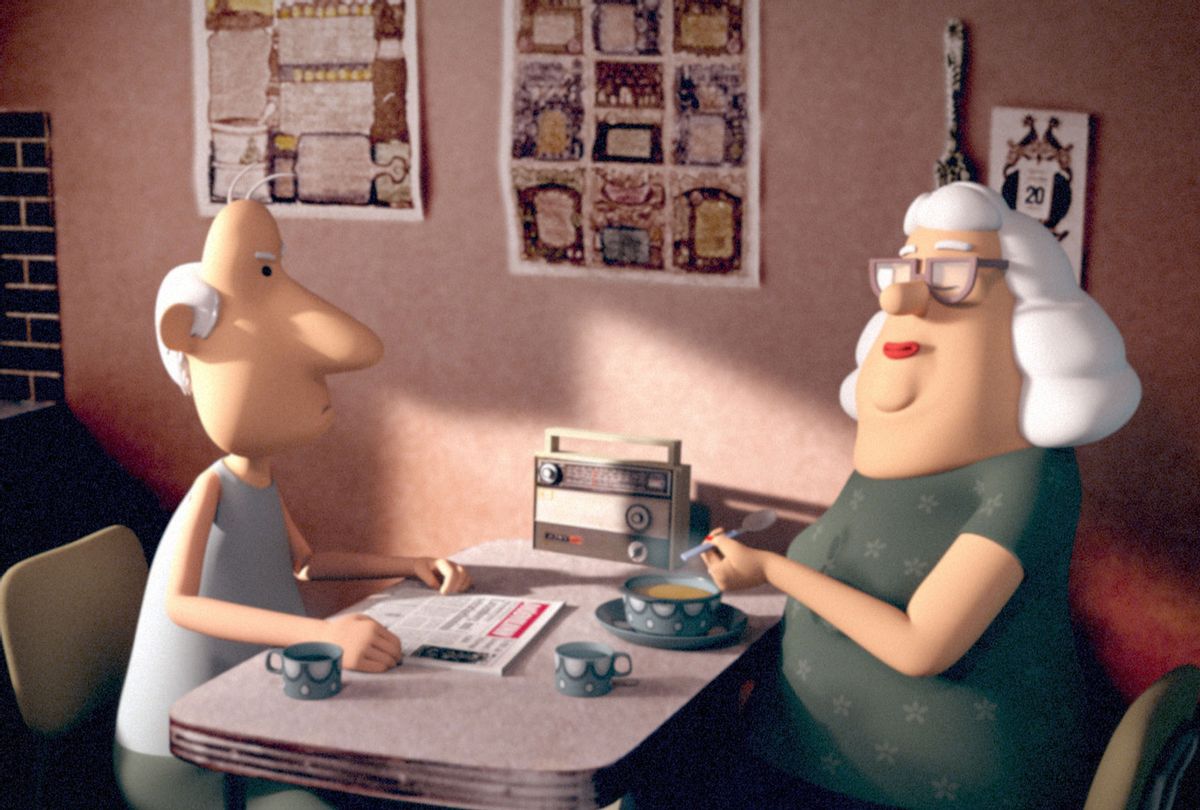 The Oscars are always more fun when you've seen the movies; you have a stake in the show, plus, it's nice to feel cultured. But in a year when most audiences have been sheltering in place, viewers have been drawn more toward episodic TV series and less inclined toward watching feature-length films, even if they are streaming. The perfect compromise? Short films.

The animated shorts, a personal favorite Oscar category, are no exception. This year, the Academy has nominated five very stylistically different but equally charming short films, and we're here to tell you everything there is to know about them, including how to watch them.

Director Madeline Sharafian's "Burrow" follows a young, naive bunny as she tries to create a perfect home. However, her attempts to do so don't go too smoothly, as every hole she digs leads to an unwanted encounter with a new neighbor. The bunny, terrified of the company of these other animals, keeps running away. Ultimately, the bunny learns about the importance of letting your community help you and embraces her neighbors as friends.

While watching this film, it was hard not to reflect on my own approaches to my community in the wake of the pandemic. An extended period of being forced to do everything for ourselves (by ourselves) has fostered a general fear of other people, especially new ones. This short acted as a sweet reminder that, especially with an increase in vaccine distribution, opportunities to rely on others and to create new connections are well on their way. This is the most family-friendly one of the bunch with cute animals, plenty of visual humor, and a familiar, accessible cel animation style.

Reine, a young woman with difficulty connecting to others, navigates the world while battling a neverending stream of hallucinations. While it's never explicitly stated in the movie, Reine appears to be in a state of depression, her grasp on reality uncertain. Her perception of the physical world constantly shifts, making it difficult for the viewer to know what's actually happening.

Directed by Adrien Merigeau and realized by artist Brecht Evens, "Genius Loci" is a beautiful, dreamlike look into the mind of a woman who has lost touch with her relationships, her world, and herself. Named for the protective spirits of a place, according to classical Roman religion, the short utilizes bold, geometric shapes and creative framing to produce a sense of anxiety and unease. While you can't watch the film on any bigger streaming service, Kazak Productions (who produced the short) uploaded it on Vimeo for your viewing pleasure.

"If Anything Happens I Love You" (Netflix)
USA, 13 min

This film's a sad one; two parents struggle to carry on everyday life while they confront their daughter's tragic death. Cherished memories of their young child haunt the pair, memories that are given shape in the film by their shadows. At first, the parents aren't even able to look at each other, but as the shadows guide them through their daughter's life and force them to remember it, they are able to reconnect.

One scene in the short is particularly heartbreaking. We see the parents' shadows desperately trying to keep their daughter from attending school that day — they know her fate and wish to reverse it, but we see it play out anyway. Directors Michael Govier and Will McCormack reflect on the unfortunately relevant issue of school shootings and use their stark, minimalist animation style to illustrate this family's story of grief.

There's not a lot out there about Erick Oh's short film, and the trailer doesn't give us much context, but from what we can tell, it's gorgeous. The shorts.TV website tells us that "Opera" is "a contemporary animated edition of the Renaissance fresco mural paintings." Furthermore, this short was quite the project to make — thousands of miniature characters perform 24 activities in a loop. The activities culminate to create a web of cultural issues, including discrimination, politics, philosophy, and civilization as a whole. Notably, one of the activities is centered around racism and represents the recent spike in Asian hate crimes. Safe to say that Oh gives us a lot to interpret and analyze.

While the film isn't available to stream anywhere currently, Shorts TV has listings for theater screenings for all the shorts, if you're vaccinated and feel safe enough to venture out.

My favorite from the list of nominated shorts, "Yes-People," follows three different groups of residents who live in the same building – two couples and a mother-son duo – as they get through a day in the life. As the title suggests, the characters only say "yes," and you learn just how many ways the word can be inflected. While the three groups of characters never directly interact, they hear each other saying "yes" in various contexts through the walls throughout the day.

This GÍsli Darri Halldórsson film is made especially relevant in pandemic times considering how, much like these characters, we've had to make our lives interesting somehow, whether through household tasks and working from home or alcohol. "Yes-People" is available for purchase on Vimeo, but there's also a free Youtube video uploaded by the New Yorker.

For more information on theater screenings for the Oscar-nominated shorts, incuding the animated ones seen here, check out Shorts TV. The Oscars airs on Sunday, April 25 on ABC.