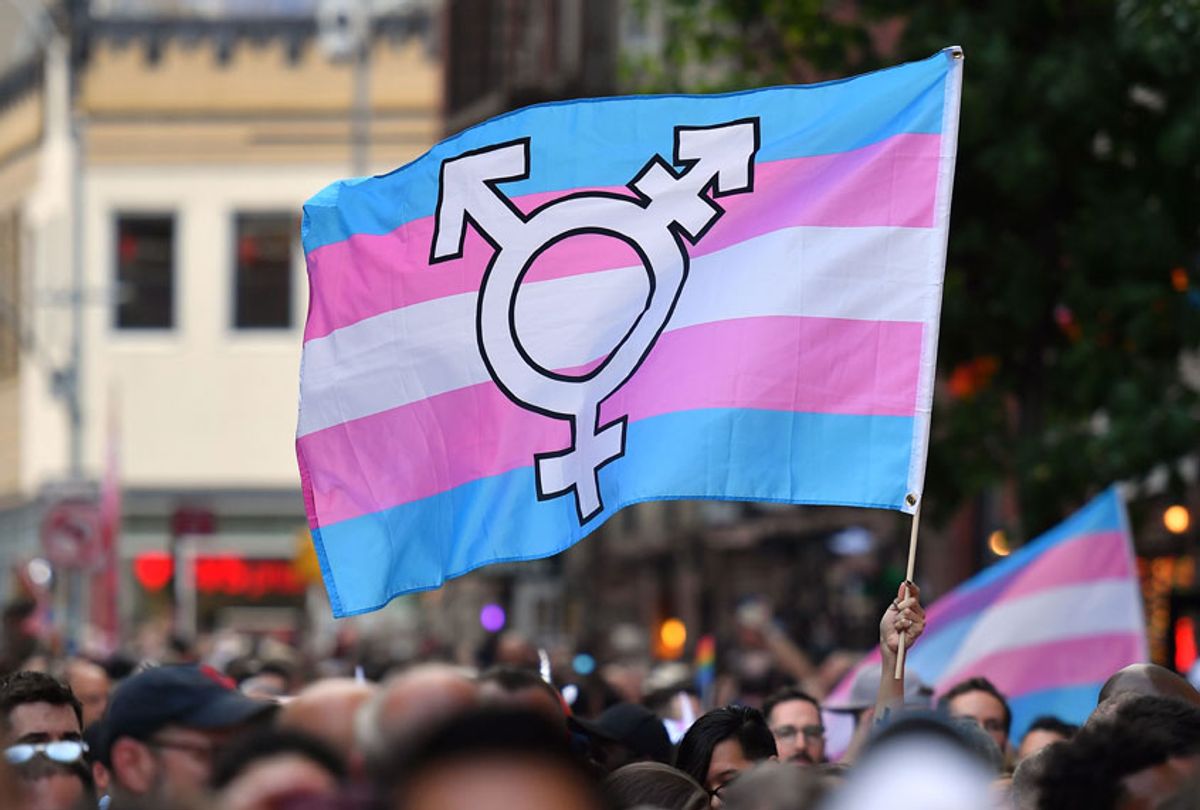 A person holds a transgender pride flag as people gather on Christopher Street outside the Stonewall Inn for a rally to mark the 50th anniversary of the Stonewall Riots in New York, June 28, 2019. (Getty Images/Angela Weiss)
--

The wide opposition—from Democrats and Republicans—stands in stark relief to the dozens of GOP-led legislative efforts like those in Mississippi and Arkansas to ban gender-affirming care for trans youth or prevent students from participating in sports consistent with their gender identity.

According to the PBS NewsHour/NPR/Marist poll, 67% of registered voters oppose bills preventing transgender students from participating in sports teams matching their gender identity.

Bipartisan opposition was similarly strong to state bills banning transition-related medical care for minors. Overall, 66% of voters were against such efforts, with 69% of Democrats and 70% of Republicans expressing that view. Just 27% of voters—including 26% of Democrats and Republicans—expressed support for those bills.

A larger partisan divide was reflected in respondents' answers about whether transgender students should simply be allowed to play on school sports teams matching their gender identity.

The new poll also reflected overall support (62%) for the Equality Act. Passed by the U.S. House in February, the measure would reform civil rights law to include a ban on discrimination on the basis of sexual orientation or gender identity. The poll found support from the legislation from 90% of Democrats but just 32% of Republican voters.

"Most Americans support expanding civil rights laws to protect sexual orientation and gender identity, but along party lines, the issue is yet another culture clash facing the nation," Dr. Lee M. Miringoff, director of The Marist Poll, said in a statement. "However," Miringoff added, "there is little appetite for using state laws to discriminate."

State lawmakers are trying to do so anyway.

A legislative tracker from Freedom for All Americans in partnership with the Equality Federation is compiling a list of such bills, such as Arkansas' HB 1570, which blocks doctors from providing gender-affirming care or referring patients for such care. Last week, the state's Republican legislators drew outrage from trans advocates after they overrode Gov. Asa Hutchinson's veto of the bill.

In a statement at the time, ACLU of Arkansas executive director Holly Dickson said that "Arkansas legislators disregarded widespread, overwhelming, and bipartisan opposition to this bill and continued their discriminatory crusade against trans youth."

"No matter what these politicians do or say, one thing has not changed: trans youth are loved, they are seen, and we will never stop fighting to defend their dignity, their rights and their lives," said Dickson. "To everyone who spoke out against this bill: now is the time to stay loud, not only for trans lives, but for all the fundamental rights that politicians are hellbent on attacking."