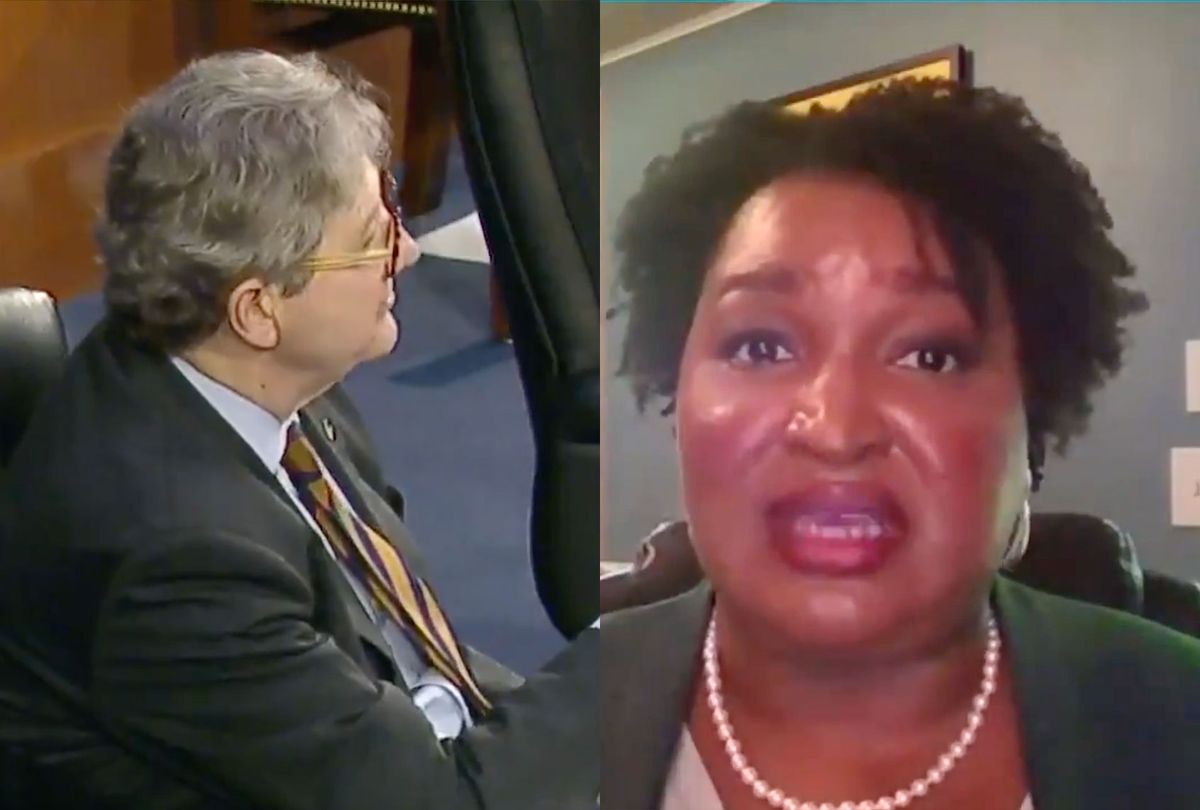 During a remote hearing this week, Republican Sen. John Kennedy of Louisiana asked Georgia-based Democratic organizer Stacey Abrams to voice her objections to her state's controversial new voter suppression law, the so-called Election Integrity Act of 2021. And her list was a long one.

Abrams told Kennedy, "It shortens the federal runoff period from nine weeks to four weeks. It restricts the time a voter can request and return an absentee voter ballot application. It requires that a voter have a photo identification or some other form of identification that they're willing to surrender in order to participate in the absentee ballot process."

Abrams was just getting started. When Kennedy asked Abrams what else she found objectionable about the Georgia voting law, she responded, "It eliminates over 300 hours of drop box availability…. It bans nearly all out-of-precinct votes, meaning that if you get to a precinct and you are in line for four hours and you get to the end of the line and you are not there between 6 and 7 p.m., you have to start all over again."

When Kennedy asked Abrams if those were her only objections to the Georgia law, she responded that no, there were even more.

Abrams added, "It restricts the hours of operation…. which may have an effect on voters who cannot vote during business hours during early voting."

Eventually, the deluge of facts was too much for Kennedy. After interrupting her multiple times, he finally just called on her to stop: "OK, I get the idea! I get the idea."