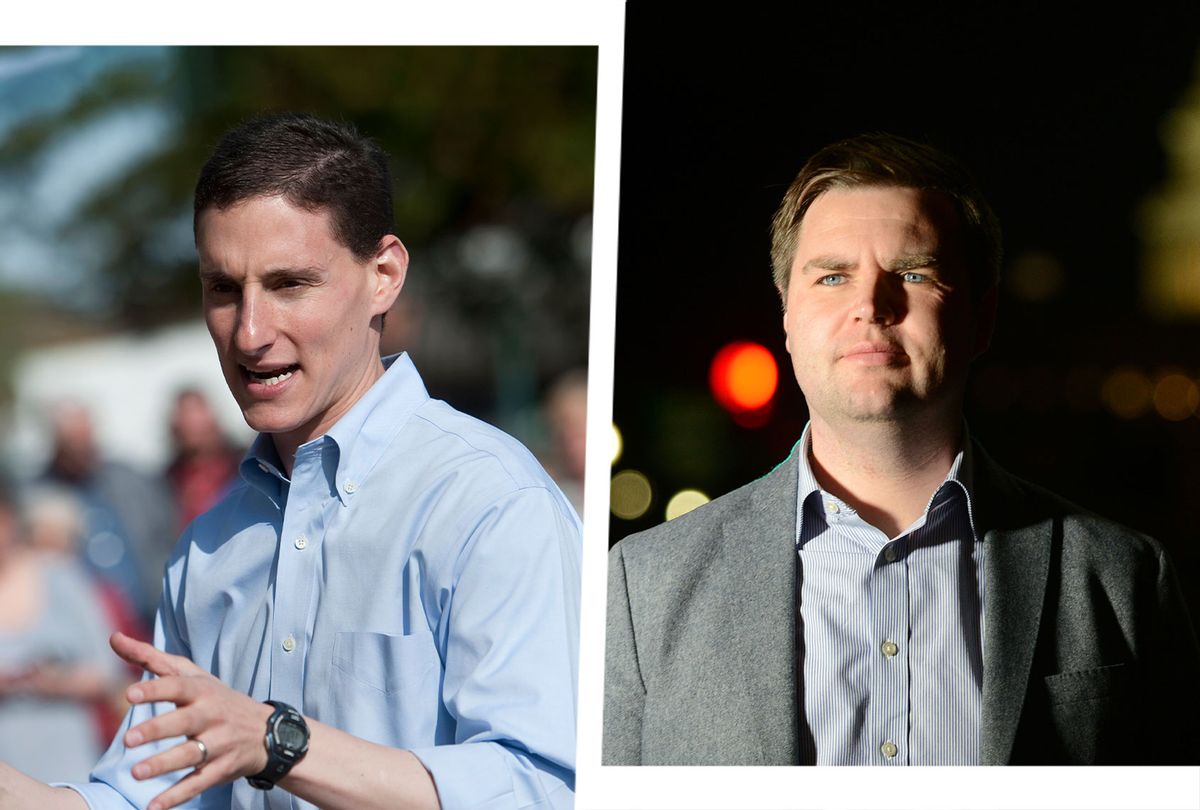 Mandel, a career politician who waged failed campaigns for the seat held by Sen. Sherrod Brown, a Democrat, in 2012 and 2018, announced his third Senate run shortly after Sen. Rob Portman, R-Ohio, announced his retirement. Mandel, the former state treasurer, has pitched himself as a Trump loyalist and backed the former president's false claims that the 2020 election was "stolen." But so far he has gotten the cold shoulder from TrumpWorld in favor of Jane Timken, a Steve Bannon-backed former state GOP chairwoman and major Republican donor. Mandel was even escorted out of a Republican National Committee retreat in Palm Beach that featured Trump earlier this month, while Timken was allowed to stay.

Mandel has tried to make inroads with the Trump wing of the party by echoing the former president's complaints about "Big Tech." But while Timken is partially self-funding her campaign, Mandel's campaign has actually lost money as he relies on a joint fundraising committee that appears to be an attempt to inflate his totals by combining his campaign donations with his leadership PAC and a county GOP account, according to Cleveland.com. Some of the biggest donors to the committee have been the same Silicon Valley millionaires he has railed against.

David Blumberg, managing director of the San Francisco-based venture capital firm Blumberg Capital and one of "Silicon Valley's top investors," and his partner Michael Armand donated $21,600 to the Team Josh committee last quarter, according to Federal Election Commission filings. Despite his ties to the tech world, Blumberg has backed Trump and his claims of tech censorship against conservatives while promoting right-wing online media figures like Jordan Peterson and PragerU founder Dennis Prager.

Mandel has made attacks on Silicon Valley a central theme of his campaign, despite being funded by some of the tech sector's most prominent financiers.

Mandel has made frequent appearances on Fox News to rant about the "radical" elitists in Silicon Valley and Big Tech companies who "think they are above the law." A day after Twitter temporarily suspended his account for hate speech about Muslims and Mexicans last month, Mandel claimed he had been "canceled by these ultra-liberal thugs in Silicon Valley" who "condescend on us" and "look down on the heartland." Mandel told the Toledo Blade after his Twitter suspension that "it's a signal that [Big Tech] is afraid of our movement."

"Big Tech tries to silence and censor those they're afraid of, and they're obviously very afraid of me," he told the outlet as Democratic lawmakers accused him of pushing "white supremacy."

Though Mandel and Timken have been the most prominent Republican contenders for Portman's seat, the race is expected to be upended by the entry of J.D. Vance, best known as the author of "Hillbilly Elegy." Vance has not formally announced his candidacy but told friends and colleagues he plans to run for the seat, according to Axios, and recently visited Trump at Mar-a-Lago.

Vance, who drew support from Senate Republican Leader Mitch McConnell, R-Ky., when he toyed with a run for Brown's seat in 2018, has long branded himself as a champion of the forgotten Appalachian working class, although he grew up outside Cincinnati and attended Yale Law School before moving to San Francisco to become a venture capitalist. Vance has sought to define himself as a "nationalist," at times echoing the rhetoric of Fox News' resident white nationalist Tucker Carlson and promoting right-wing troll Dinesh D'Souza. Like Mandel, Vance has made attacks on "Big Tech" a core component of his fledgling campaign.

"Establishment Republican apologies for our oligarchy should always come with the following disclaimer: 'Big Tech pays my salary,'" he tweeted last week before many reminded him that his salary "has literally been paid, at least in part, by two directors at Facebook and the former CEO of Google."

The billionaire Mercer family, which also backed Trump as well as controversial tech ventures like Cambridge Analytica, Breitbart and Parler, joined Thiel in financially supporting Vance's run. Vance has advised co-founder Rebekah Mercer on issues regarding Parler, which was used by many of the Capitol rioters, according to BuzzFeed News. The embattled social network also sought funding from Vance's venture capital firm.

Thiel also chaperoned Vance's trip to Mar-a-Lago as the author-turned-culture-warrior apparently tries to throw his past criticism of Trump down the memory hole before jumping into a race in which Republican candidates are already trying to out-Trump one another.

Vance in 2016 and 2017 described himself as "never Trump" and "not a Trump guy" and called the former president an "idiot," though all those tweets have since been removed, according to the Washington Examiner.

With his newfound political aspirations, however, Vance has embraced Trump's policies and now echoes his rhetoric on globalism, along with attacking corporations that have opposed new Republican voting restrictions prompted by Trump's election lies.

Vance has already been targeted by anonymous attacks from the right for opposing Trump while drawing allegations of hypocrisy for courting the same Big Tech moguls he now constantly criticizes.

"The biggest financial backer of this performative populist fraud is a billionaire member of the Facebook board," Dan Pfeiffer, a former adviser to Barack Obama, said in response to Vance's posturing as an anti-corporate crusader.

"In fact, there is no political candidate more beholden to corporate money and the economic elite than JD Vance," argued Judd Legum, a journalist at Popular Information who tracks corporate influence in politics. "It's all a scam, laundering right-wing politics through a phony everyman frame."