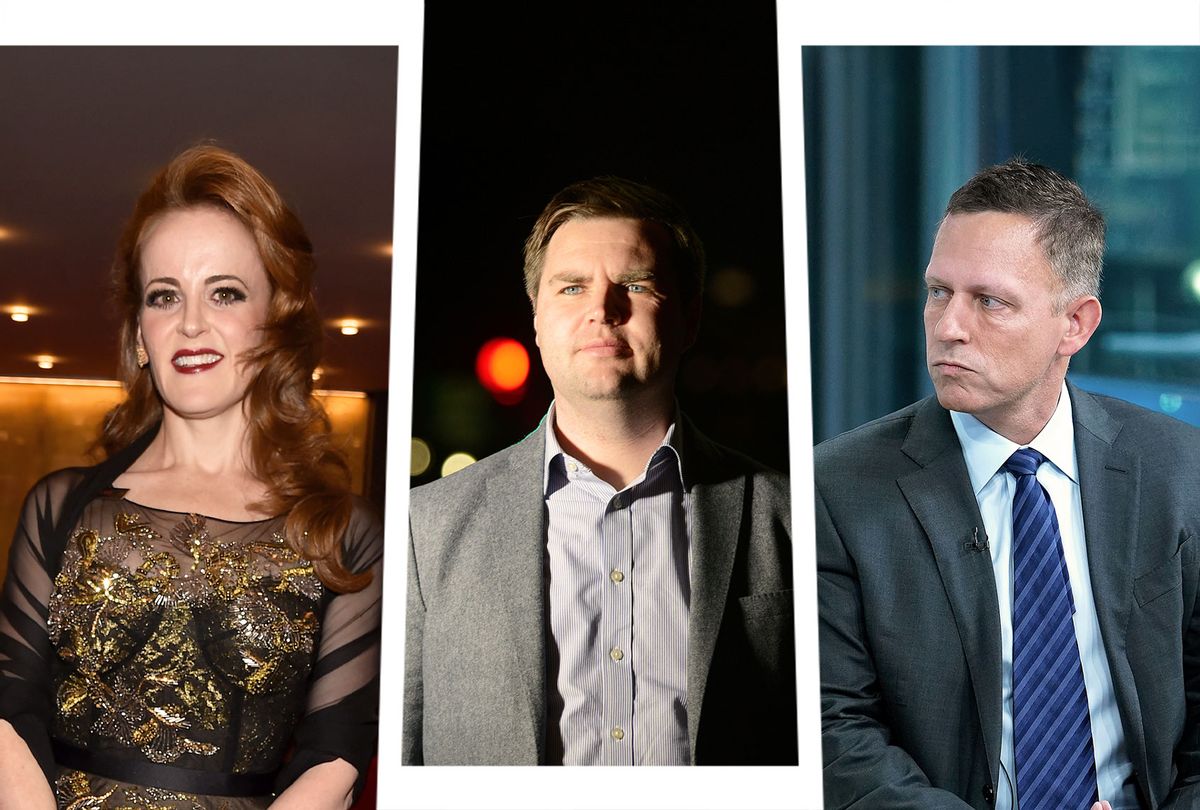 Bob Mercer and his daughter Rebekah, who were instrumental in Trump's 2016 rise, made a "significant contribution" to Protect Ohio Values, a super PAC formed last month to back Vance's likely bid, Bryan Lanza, a spokesman for the PAC and a former Trump aide, told the Cincinnati Enquirer. The Mercers have also funded the far-right news outlet Breitbart, the far-right social network Parler, the Brexit campaign and such right-wing lawmakers as Sens. Ted Cruz of Texas and Josh Hawley of Missouri, who pushed false claims about the election ahead of the deadly Jan. 6 Capitol riot.

Thiel, a Facebook board member who also co-founded the controversial data firm Palantir, which has been used as a surveillance tool by law enforcement, gave another $10 million to the PAC, Lanza told the Enquirer. Thiel, a major Republican donor, donated $1.25 million to back Trump in 2016 though he reportedly turned against him by 2020. Thiel's contribution to Vance is his biggest disclosed donation ever.

Vance, a Yale Law School-educated venture capitalist from Middletown, Ohio, is best known for his 2016 bestseller that was later turned into an Oscar-nominated Ron Howard film. "Hillbilly Elegy" drew national acclaim for its depiction of Appalachian life and his mother's Kentucky family and some Democrats pored over the book for insights into working-class voters in rural America after Trump's 2016 election win. But it has also drawn criticism on the left as "poverty porn" that "does not sufficiently account for the ways institutions and broader social structures impact life outcomes," as Salon's Chauncey DeVega wrote. "'Elegy' is little more than a list of myths about welfare queens repackaged as a primer on the white working class," Sarah Jones wrote in The New Republic.

Vance, a fellow at the conservative think tank American Enterprise Institute who has described himself as a "nationalist," has considered running for a Senate seat in Ohio since 2018 and drew support from Senate Minority Leader Mitch McConnell, R-Ky., according to BuzzFeed News. He ultimately chose not to challenge incumbent Sen. Sherrod Brown, D-Ohio, in 2020, but quickly catapulted into the conversation after Sen. Rob Portman, R-Ohio, announced that he would not seek re-election in 2022.

Protect Ohio Values was launched in February to back his likely bid.

"We're a network of grassroots conservatives committed to electing a Senator who will stand for and defend Ohio's values in Washington, DC," the group's website says. "We believe J. D. Vance is the right man for the job and we are signing up supporters and raising funds to demonstrate a groundswell of support in the Buckeye State."

Thiel's donation is the "latest display of how Thiel is cultivating a network of young, populist, Ivy League-educated proteges and encouraging them to run for Senate all around the country," wrote Recode's Theodore Schleifer. That network has included Hawley, who led the Senate objections to the electoral count after the Capitol riot, Trump ally Sen. Tom Cotton, R-Ark., and far-right extremist and failed gubernatorial and Senate candidate Kris Kobach.

Vance also has ties to the Mercers. BuzzFeed News reported last month that Vance has advised Rebekah Mercer on Parler, a social network she co-founded that was used by some involved in the Capitol riot to coordinate their attack and share videos of their crimes. Parler also attempted to raise funds from Vance's VC firm.

Rebekah Mercer and her hedge-fund billionaire dad Bob funded Breitbart and its former chief Steve Bannon before dropping tens of millions to back Cruz and then Trump in the 2016 presidential race. The family has also donated millions to hate groups and numerous Republicans who pushed Trump's "big lie" about the election that culminated in the deadly January riot, including Rep. Mo Brooks, R-Ala., who was accused of having "schemed up" the "Stop the Steal" rally that preceded the riot by its organizer.

Journalist and author Jared Yates Sexton, who has frequently written about rural America and is a leading critic of "Hillbilly Elegy," told Salon last year that Vance "has spent the past few years sanitizing right-wing appeals and camouflaging white supremacist-pandering."

"Hillbilly Elegy is Right Wing propaganda that actively promotes Reaganomics, the poor as deserving of their suffering, and intentionally obscures racism and white supremacy as major factors in America's decline," Sexton wrote on Twitter. "Most of us who grew up in rural poverty recognize Hillbilly Elegy as a destructive and bad-faith propaganda piece that was championed by people who had no idea what they were talking about and were hopelessly lost in their own privilege."