Ron Howard's take on J.D. Vance's memoir screams Oscar bait, alongside a lot of other screaming in the film 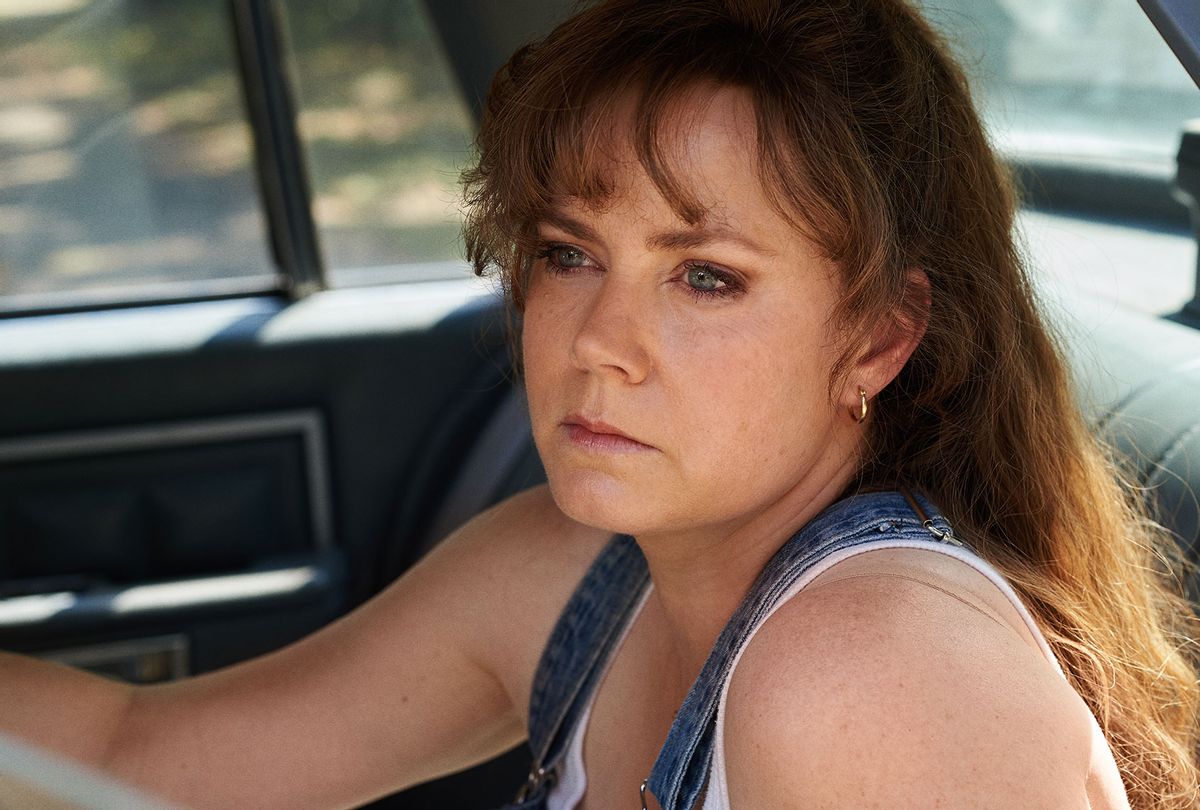 J.D. Vance's Rust Belt memoir "Hillbilly Elegy," about his family's history of poverty in Appalachia, became a bipartisan bestseller in 2016, supposedly because it offered an explanation for who voted for a Trump's presidency. But a swift backlash highlighted the book's shortcomings: its negative generalizations about Appalachian culture and advancing the narrative that impoverished people are to blame for their own misfortunes (in contrast to how Vance's bootstrapping led to success).

Ron Howard directs Netflix's adaptation of Vance's memoir, written by Academy Award-nominated "The Shape of Water" scribe Vanessa Taylor. Starring Amy Adams as Vance's mother and Glenn Close as his tough grandmother, the inspiring tale stinks of Oscar bait. Despite this pedigree, the original memoir's problems had critics predisposed to approaching the film with wariness, and advance reviews have not been glowing.

Howard's treatment glosses over some of Vance's political observations, a head-scratching choice that provides additional grist for the review mill. While many critics have approached the panning of "Hillbilly Elegy" with apparent glee, most acknowledge the big-swing performances of Adams and Close, although even those assessments are divisive.

While the trades Variety and The Hollywood Reporter hedge a bit, acknowledging Howard's lack of nuance, overall they appear forgiving of the film's intent even if it is "safe." Most critics are not so kind, however.

Here's a closer look at what some of the top critics are saying about "Hillbilly Elegy":

David Fear's headline leaves no room for doubt about his opinion. While he nods to the performances, it's clear that he takes umbrage at the adaptation's narrative itself:

"Hence, we now have Ron Howard's 'Hillbilly Elegy,' a live-action rendering of various cartoonish aspects of Vance's book that strives for the Important Statement Seal of Approval," he writes. "The politically conservative, anti-welfare streak in the author's writing feels surgically removed; only the turbulence remains, smothered in the syrup (or 'syrrpp,' a Southern pronunciation that's affectionately mocked here) of seasonal treacle. No one would accuse this adaptation of owning the libs or pandering to a base. It's merely poverty-class cosplay, a pantomime of what people derisively call "white trash" triumph and tragedy being sold as prestige drama. It's an attempt to serve Spam on a sterling silver platter."

VOX: Everything about Netflix's Hillbilly Elegy movie is awful

Among the biggest critiques, however, is that Howard's adaptation rings false and even lacks the convictions of Vance's memoir.

"It is distractingly Hollywoodified, a rich person's idea of what it is like to be a poor person, a tone-deaf attempt to assuage a very particular kind of liberal guilt by reifying the very thing that caused the guilt in the first place. And, perhaps worst of all, it's a very dull movie."

She also dares to criticize the actresses' performances as "bizarrely theatrical, as if they had to wind themselves up to Perform, with a capital P, as strange creatures they've never encountered before. They're not humanizing portrayals."

THE PLAYLIST: The noxious "Hillbilly Elegy" is the year's most shameless film

Unlike Richard Roeper, Jason Bailey is most offended that the film is a "naked play for awards and prestige." He also complains, "The dialogue is pure cringe, clanging, and phony – a lot of fist-thumping proclamations like 'Family's the only thing that means a goddamn.'"

Not only is he not a fan of the stars' caricature turns, but he notes that Adams' performance is so desperate that he pleads, "Just give [the Oscar] to her, for God's sake, so she can go back to doing interesting work."

And just in case his position isn't clear, he ends with: "What an absolute crock of s***."

Ah, more anger at the film's lack of shame! Richard Lawson calls it "both witless cosplay and a failure to interrogate any of the book's controversial insinuations."

One of the recurring themes in many reviews is how every scene is an overwrought event.

"The film leaves pretty much zero room for anything quotidian, anything usual, which might give the story some kind of subtle human texture, and make the dramatic stuff actually land with the intended impact. It's all yelling all the time, an exhausting litany of bad moments that renders the family's story just about meaningless."

Close's performance is considered an "obscenity" and "all grim calculation masked as empathy."

In short: "This is prestige bait that uses an awfully rusty lure, tossed with careless pride from its ship of Hollywood fools."

WASHINGTON POST: "Hillbilly Elegy" is almost laughably bad — if it weren't so melodramatic

Critic Michael O'Sullivan also notes that every event is overwrought in this "mystifying film adaptation" of the memoir.

The film's apolitical nature, however, is seen as its biggest failure.

"[The film] eschews theories — more prominent in the book — that might help explain the opioid epidemic and the seemingly unbreakable cycle of poverty that defies simplistic solutions (yet might cause people to seek deliverance from a political outsider). The problem is that in doing so, the movie leaves us, like J.D.'s family, with only a mounting pile of baloney excuses for bad behavior."

According to critic Alonso Duralde, the biggest issue with the adaptation is that it plays
"like an informercial for J.D. Vance," with a similar lack of understanding of what perpetuates poverty.

"These people aren't impoverished because corporate America shut down the local manufacturing industry and sent the jobs to more easily exploited overseas labor; they aren't ignorant because Ronald Reagan and his spiritual heirs starved public education; there isn't an opioid crisis in this country because the Sackler family got rich flooding the market with OxyContin — these poor folks just stopped trying," he writes.

Hollywood elitism is the lens through which this film is made and viewed, "a lurid gawk into the lives of the less fortunate so that more privileged audiences can feel like they've experienced something genuine, whether it's a fried bologna sandwich or the washing and reusing of plastic cutlery."

TIME OUT: Harbouring a vendetta against your eyeballs? Ron Howard's turgid, overacted rust-belt drama is here to help

Phil De Semlyen calls this both a "preachy pudding of a movie" and "weak sauce."

Leaving the food metaphors behind, the film ultimately "arrives feeling more like an ill-judged, mind-numbing exercise in Hollywoodsplaining heartland America. And if ever there was a time for movie stars to ugly themselves up to play impoverished Appalachians, this surely isn't it."

David Ehrlich acknowledges the film's yearnings as "for better or worse — exactly the kind of milquetoast and capital-'E' Empathetic movie you would expect a bunch of Hollywood liberals to make from Vance's memoir. The source material has been stripped of its libertarian streak (in addition to any other social commentary) and sandblasted into something that more closely resembles a shouty episode of 'This Is Us' in both structure and tone than it does a pre-history of the Trump era or a caricature of those who capitalized on it."

Ultimately, however, he cites a failing that seems to be worse than any of the missed opportunities in messaging or over-the-top acting:

"It will stir no controversy, enflame the minimum number of thinkpieces demanded by the moment (most of which will focus on the value of such a blandly "purple" movie at the height of our red/blue divide), and earn a party favor's worth of awards for its cast. Some will feel seen, others will feel excused from looking closer, and most will feel nothing.