Knowing the Academy, Ron Howard's Netflix adaptation of J.D. Vance's facile "culture in crisis" book is a sure bet 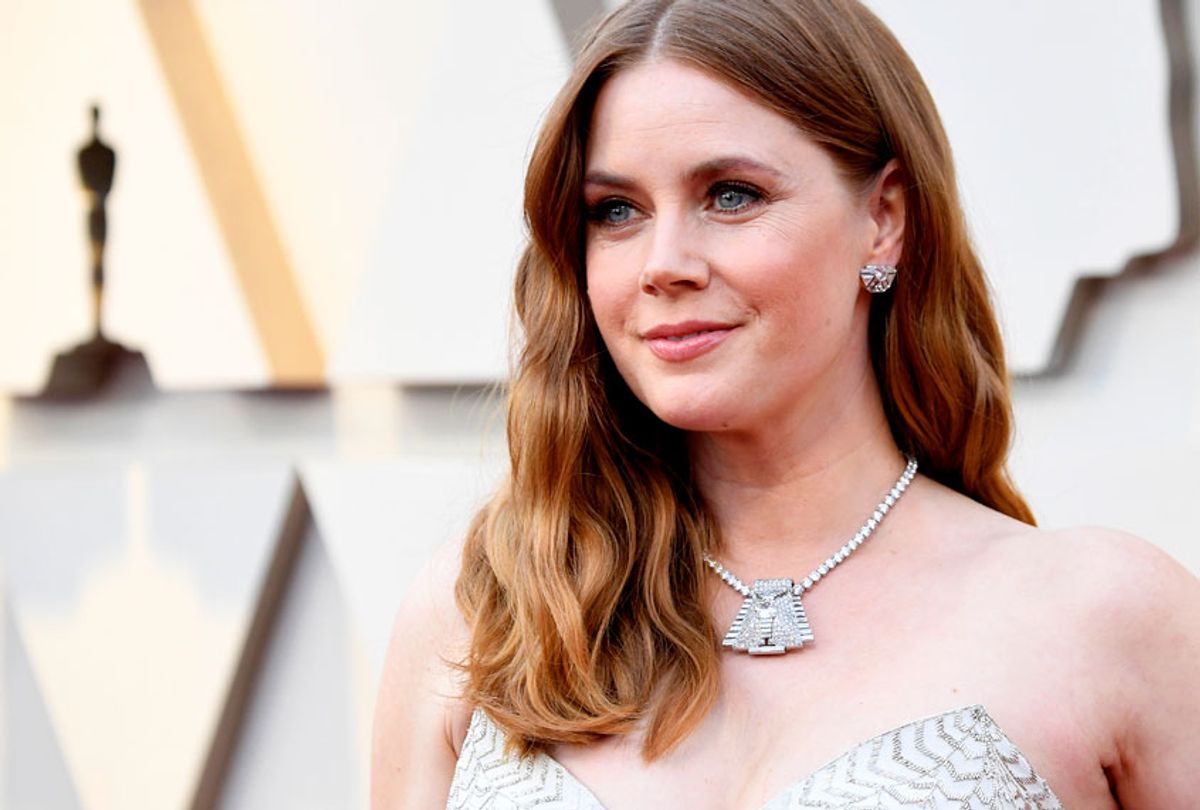 Variety reported Thursday that perennial Academy Award nominee Amy Adams has been tapped to star in the film adaptation of J.D. Vance's memoir "Hillbilly Elegy." Netflix secured the Ron Howard project in a $45 million deal, a sum that would fund an actual Appalachian film and media institute for a couple of decades at least. The film, as described by Variety, promises to be "a modern exploration of the American dream" that "follows three generations of an Appalachian family as told by its youngest member, a Yale law student forced to return to his hometown." (The word "forced" is doing a lot of work in that logline.)

For the incredibly talented Adams, the role (which at press time was still unconfirmed by her reps) is being hailed as a possible clincher for her most elusive triumph to date. Vanity Fair is just asking, "will this be the role that nabs her that Oscar?" Meanwhile, Vulture goes all-in on the project's Oscar-bait potential: "Appalachia! Ron Howard! Three generations!"

Awards prognosticators are not wrong about the chances for a "Hillbilly Elegy" directed by Ron Howard and starring Amy Adams. (Vance is an executive producer). Given what we know about how Hollywood power players feel about myopic, self-congratulatory narratives that affirm their own delusions of progressiveness, Adams might as well start practicing her acceptance speech now: I'd like to thank the Academy, my agent and Roseanne Barr for getting fired and creating a Trump Voter Whisperer vacuum in the entertainment landscape.

Vance's book, you might remember, became a runaway bestseller in 2016 when the intelligentsia, liberal and conservative alike, went looking for narratives to help them understand the vexing "white working-class Trump voter" of their nightmares — what they imagined to be impoverished, uneducated, drug-addled hicks mesmerized by a grotesque huckster, ignoramuses who can't help but vote against their own best interests — in an effort to avoid thinking about the vexing Trump voters in their own families, country clubs, alumni associations, and board rooms. Vance's memoir, packaged as it was as a magical two-fer — "a memoir of a family and culture in crisis"— promised authentic answers from a sympathetic source, a venture capitalist with a degree from Yale.

That Vance's book only really delivers on half of its claim did not seem to be a problem for its intended audience, let alone the national media, suckered as they were by Vance's personal story into allowing him to present shallow research and bog-standard conservative personal-responsibility talking points about poverty, addiction, and education as rarified truth.

The family part of the memoir, while lacking in depth at times, is at least sincerely wrought, with Vance trying to square his own current life as a member of the so-called elite with his humble origins, growing up in a small Ohio town of limited opportunity from a family with Eastern Kentucky roots whose three generations included in the film are marked by addiction, domestic violence, and their attendant dysfunctions. His depiction of life as the child of an addict is heartbreaking, and heartbreakingly familiar for so many. And when he arrives at  Yale Law, his eye-opening induction into the world of privilege is full of insight germane to the current conversation about elite school admissions, even if Vance ultimately returns no meaningful criticism of the Ivy League system, choosing to buy in rather than question the status quo.

Which leads to the second promise. To read "Hillbilly Elegy" front to back and still believe Vance has much of anything helpful, let alone insightful or scholarly, to say about a so-called "culture in crisis" — whether that's supposed to mean post-industrial Ohio, or Appalachian Eastern Kentucky, or some magical hand-waving that lumps together all of those "flyover" spaces full of poor white people with their pill addictions and economic decline — requires a level of disbelief-suspension bordering on the fantastical. Then again, Vanessa Taylor, who co-wrote the Best Picture winner "The Shape of Water" with Guillermo del Toro, is writing the screenplay. It's probably not crazy to assume that in the minds of Netflix execs and Academy voters, a story about a fish man or a three-dimensional Appalachian character require similar stretches of imagination.

Vance's framing of his story tells people who don't know much about Eastern Kentucky or Appalachia what they think they already know: that the addiction and abuse and poverty that shaped his family are part of a stubbornly ingrained cultural lineage passed down through generations, and that's what keeps the people of Appalachia (a very large geographical area, mind you) poor and under-educated, even lawless and violent. And what's more, largely content to stay that way despite their anger, though exceptional individuals can overcome these innate cultural deficits. His overarching themes point to an attitude adjustment as the solution: poor people wouldn't have to stay poor, with all the social problems that can accompany poverty, if they could decide they didn't want to act like poor people anymore.

This only sounds like a narrative that would turn off Liberal Hollywood if you haven't been paying attention. As historian Elizabeth Catte, who wrote "What You Are Getting Wrong About Appalachia" partly in response to the eagerness with which an educated and affluent liberal audience embraced Vance's story, told me last year, "They don’t understand, or perhaps they do and they dismiss it, but blaming poverty on poor people is a political opinion. These are people that would be mortified if they had to teach something out of Charles Murray’s bibliography, but they really love 'Hillbilly Elegy' and what it says about the poor."

Catte is far from alone in her reaction to Vance and his book. West Virginia University Press published an entire anthology of responses, most of them pushing back against the long shadow Vance has cast across the region, in "Appalachian Reckoning" earlier this year. And existing wholly outside of the "Hillbilly Elegy" conversation is an entire cohort of dazzling Appalachian talent — poets, fiction writers, memoirists, journalists, essayists, and graphic novelists — writing beautiful, complicated, conflicted, memorable stories from and about the region that add to our understanding of what it means to be Appalachian and what it means to be human in new and meaningful ways.

Framing complex systems of oppression as nothing more than a collection of individual weaknesses to explore for character development is one way to produce Oscar bait. See "Green Book" and "Three Billboards Outside Ebbing, Missouri" for recent examples of how Hollywood rewards films that reduce racism to basically a vulgar flaw that some individuals will overcome or compensate for, and some won't, depending on how high they're billed. Narratives like this sell not only because a 140-minute redemption arc can be written around them but also because they absolve their creators and viewers of any complicity in systemic issues.

Ultimately, the stories Hollywood loves rarely challenge the stories it tells itself. If the cultural, even moral, failings of poor people are what perpetuates poverty, then the inverse must also be true, and the systems that open doors easily to some and not others can go right on working in the industry's favor. The lessons "Hillbilly Elegy" attempts to impart — that an entire region's deeply entrenched economic justice issues are rooted in nothing more complicated than laziness and bad tempers, abetted by willful ignorance, all of which can be overcome with enough grit and exposure to the Ivy League — should play just as well with the Academy as other reductive narratives do. That's good news for Amy Adams, if she does take this role. Bad news, though, for an entire region of Americans who deserve to see their deeper stories told.