Founded with CIA money, Palantir is the paragon of surveillance capitalism — and is finally ready to cash in 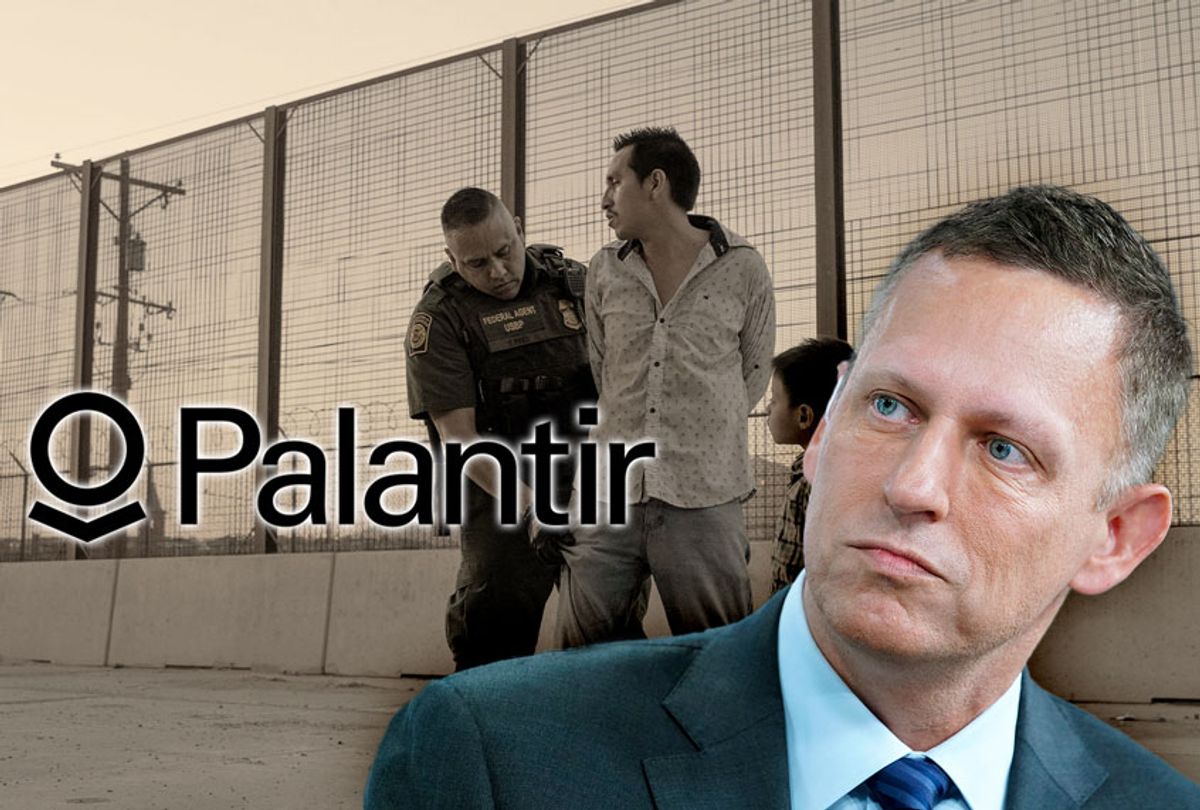 One of Silicon Valley's most despised companies is secretly going public.

Palantir Technologies, a Silicon Valley data-mining company appropriately named after the seeing stones used by Sauron for surveillance in "The Lord of the Rings," has secretly filed paperwork with the Securities and Exchange Commission (SEC) to go public. The company was co-founded in 2004 by Peter Thiel, a far-right libertarian and erstwhile Trump supporter who infamously expressed disdain for democracy and is linked to an anti-democracy, pro-monarchy political movement among Silicon Valley elites.

Appropriately given the firm's name, Palantir's offerings are mostly in the realm of surveillance, and it is often contracted by government law enforcement and intelligence agencies; it was initially funded by In-Q-Tel, the venture capital arm of the CIA. While its specific products are often secret due to the nature of the contractors, it is known that the company has sold tech to the military that mines social media networks for counter-intelligence purposes.

The data-mining company has not yet turned an annual profit and spent the last five years teasing the stock market with the prospect that it would start selling shares, according to The Wall Street Journal. When the company finally announced its plans on Monday, it disclosed few details and instead primarily focused on informing the public that it had sent the necessary draft registration papers to the Securities and Exchange Commission. People close to the matter say that the company is considering a cheaper way of going public known as direct listing, which would allow them to save on investment banking fees.

CEO Alex Karp told staff earlier in 2020 that the company is "cash-flow positive" and it has been privately valued as being worth as much as $20 billion. Its revenue in 2019 was, according to traditional accounting principles, less than $750 million.

Palantir's analytics have been credited with helping the United States government carry out the extrajudicial killing of Osama bin Laden in 2011. Notably, the company also helped Immigration and Customs Enforcement (ICE) upgrade its software so it could more effectively carry out President Donald Trump's crackdown on undocumented immigrants. This decision caused protesters to picket outside Karp's home and catalyzed on-campus campaigns to discourage recruitment.

One former employee summed up the concerns to The Washington Post by saying, "There's a version of the story where they are the good guys. Everyone wants to protect service members from IEDs. Everyone wants to prevent human trafficking. Not everyone can get behind working for ICE to help deport immigrants."

Palantir has also been criticized for its work with local police forces. Thanks to the company's Gotham software, law enforcement officials can learn a great deal about an individual's life without a warrant. The company helped pioneer so-called "predictive policing," a practice that claims to be able to predict and prevent criminal activity using statistical analysis, but which has been found in practice to compound existing racial biases and target people of color. Indeed, predictive policing in general has become very controversial, with research finding that one predictive policing vendor "targeted black neighborhoods at roughly twice the rate of white neighborhoods when trained on historical drug crime data from Oakland, California." This is in spite of the fact that illegal drug activity is believed to occur evenly across income and racial groups.