The inquiry centers around a 2018 trip Gaetz took to the Bahamas, according to a new report 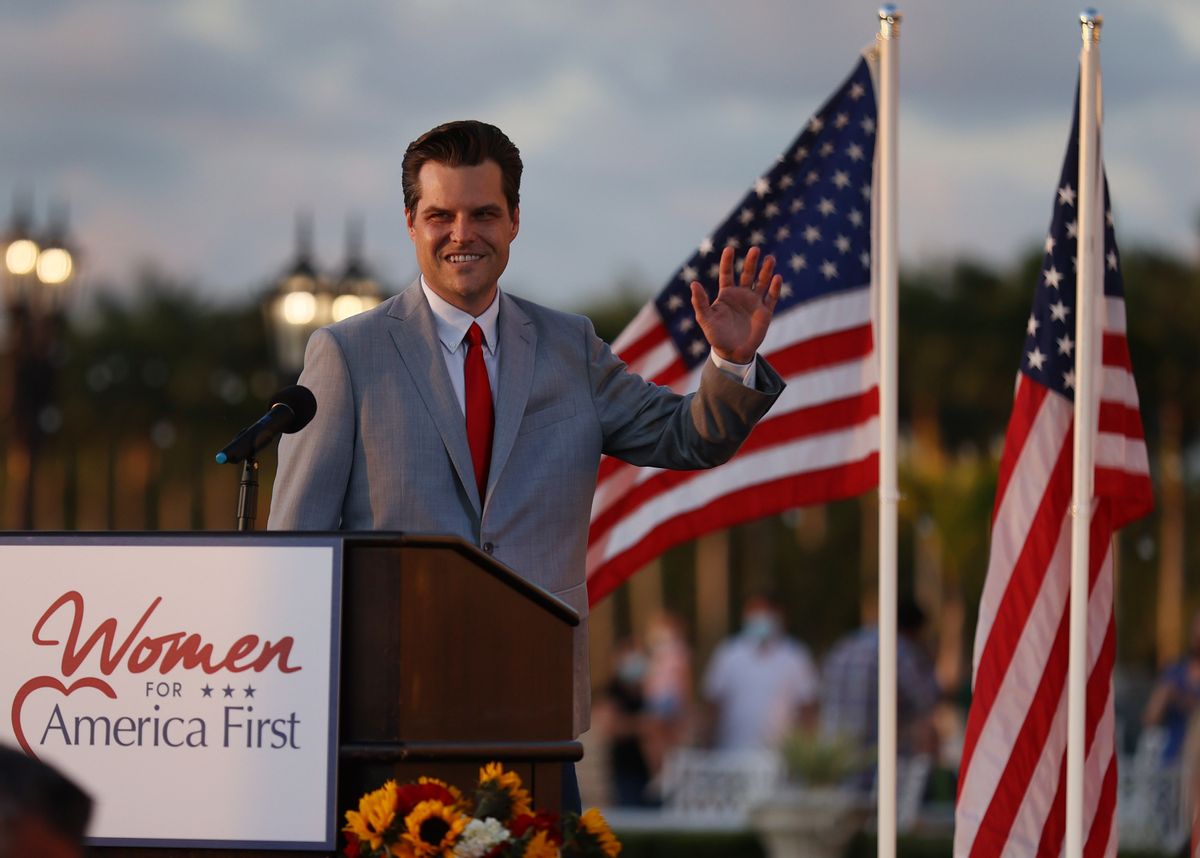 According to sources speaking to CNN, federal authorities are investigating whether a 2018 trip GOP Rep. Matt Gaetz, R-Fla., took to the Bahamas was part of an orchestrated effort to illegally influence him on the issue of medical marijuana.

The Justice Department's Public Integrity Section is looking into whether Gaetz took gifts, including travel and paid escorts, in exchange for political favors, CNN reports.

"As part of an ongoing probe into Gaetz, investigators are examining whether he engaged in a relationship with a girl that began when she was 17," CNN's Evan Perez, Paula Reid, Scott Glover and David Shortell report. "In pursuing evidence of potential public corruption, sources tell CNN that investigators are also scrutinizing Gaetz's connections to medical marijuana, both in terms of legislation he's sponsored and his connections to people involved in the industry, searching for so-called pay-to-play arrangements."