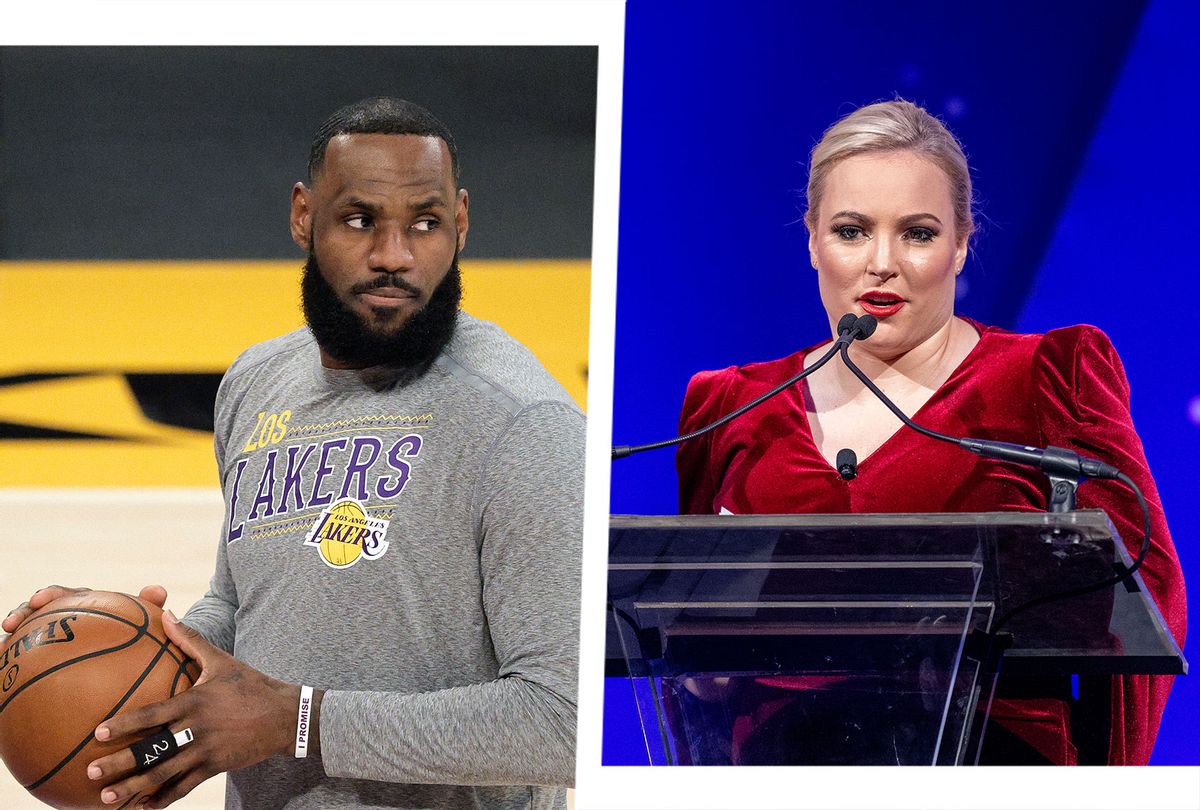 Nearly every episode of ABC's "The View" feels like Meghan McCain versus everyone else on "The View," but on Thursday the lone right-wing co-host decided to add another person into her seemingly neverending fueds. After McCain took the side of the police in the recent killing of Ohio teenager Ma'Khia Bryant, she went after Ohio's biggest homegrown star: Lebron James.

While others on "The View" made impassioned pleas that the knife in Bryant's hand didn't warrant 4 shots to the chest, McCain couldn't help but tread her own path. She acknowledged that police "tend to treat African-Americans and people of color a different way than they do white people," but said that it's "just a fact we're all trying to reconcile and come to terms with."

"George Floyd was 46 years old," Hostin said. "You have an officer kneeling on his neck for 9 minutes and 26 seconds. She was 16 years old, in foster care. Yes, she was yielding a knife, but there were other girls also allegedly attacking her. Let's compare apples to apples. Let's compare this young girl, 16 years old or 17 years old, to other 17-year-olds. Let's compare her to Kyle Rittenhouse. He was carrying an assault weapon. Do you know what officers did? The video shows the police shared water with him and thanked him for his presence."

Co-host Whoopi Goldberg showed the bodycam footage of Bryant's murder from the of police officer who shot her. It was accompanied by a controversial clip of CNN's Don Lemon, who defended the police as doing their jobs. Lemon argued that they were responding to a dangerous incident where someone was armed.

"Even in our anguish we cannot abandon our responsibility to be fair," Lemon added. "We cannot have a double standard. We have to acknowledge that police have jobs to do."

"I understand everything Sunny is saying, I hear you loud and clear," McCain started, "I just disagree in this situation because she was about to stab another girl and I think the police officer did what he thought he had to do."

"This is hard for me to talk about, because … the way I was raised is to respect authority, to respect police officers, to respect law enforcement," she added, later saying, "She was about to stab another girl and the police officer did what he thought he had to do."

During the segment McCain also criticized NBA star LeBron James' tweet on the matter, which has since been deleted. "YOU'RE NEXT #ACCOUNTABILITY," he tweeted.

"When you have people like LeBron James posting pictures of this police officer before this has been adjudicated and litigated," McCain started, "you're also putting that police officer's life in danger, and I would like killing to stop in this country and violence to stop."

"I'm so damn tired of seeing Black people killed by police. I took the tweet down because it's being used to create more hate -This isn't about one officer.  it's about the entire system and they always use our words to create more racism. I am so desperate for more ACCOUNTABILITY."