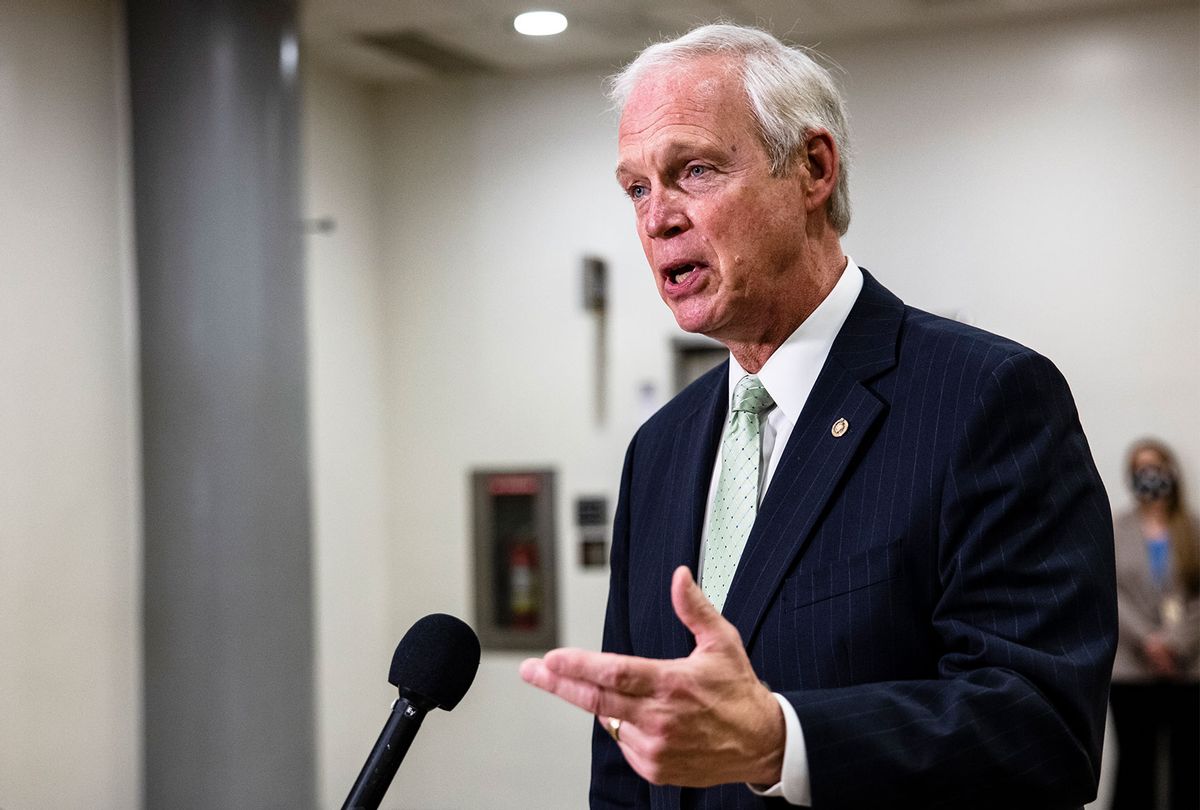 Sen. Ron Johnson, R-Wisc., on Thursday challenged the national "push" to get everyone vaccinated against the COVID-19 virus, claiming that there is "no reason to be pushing vaccines on people."

During an interview with Wisconsin-based talk show host Vicki McKenna, Johnson admitted that he was getting "highly suspicious" of the "big push to get everyone vaccinated" when it's "not a fully approved vaccine." The congressman asked, "If you have a vaccine, quite honestly, what do you care if your neighbor has one or not?"

None of the three U.S.-backed vaccines (Pfizer-BioNTech, Moderna, and Johnson & Johnson) have been formally approved by the Federal Drug Administration (FDA) –– an arduous process that can take many years –– but all three have been granted emergency use authorization.

While casting doubt over the legitimacy of the vaccine, Johnson, in the same breath, acknowledged that the vaccines are 95 percent effective, a point which he used to argue that vaccines should be "limited" to those most vulnerable to COVID-19. Of course, Johnson failed to mention that President Biden did precisely this by delaying eligibility for adults under the age of 50 to April 19.

Johnson's comments are just his latest in a clear pattern of pseudoscience.

Last month, the congressman claimed that he doesn't plan on getting vaccinated because he already contracted the disease, which he argued "probably provides me the best immunity possible." According to the Centers for Disease Control, with regards to natural immunity, "experts don't know for sure how long this protection lasts, and the risk of severe illness and death from COVID-19 far outweighs any benefits of natural immunity. COVID-19 vaccination will help protect you by creating an antibody (immune system) response without having to experience sickness."

Johnson's latest comments are a marked departure from some of his Republican colleagues who have directly advocated for Republicans to get vaccinated.

Last month, Senate Minority Leader Mitch McConnell, R-Ky., urged all Republican men to get immunized, claiming that there's "no good argument" not to. Back in February, Sen. Lindsey Graham, R-S.C., went further, urging every American to vaccinate their children.

According to Forbes, Johnson remains undecided on whether he will run for re-election in 2022. He has told reporters that he doesn't plan on announcing any time soon, and he has not received an endorsement from former President Trump. A poll recently released by his Democratic opponent, Tom Nelson, the former Majority Leader of the Wisconsin Assembly, showed that Nelson has a 4 percent edge over Johnson.

"Wisconsin voters have clearly soured on Ron Johnson's non-stop controversies, from helping incite the insurrection of January 6th to promoting false COVID-19 quack science to trying to deny desperately needed survival checks," said Nelson's campaign manager, Irene Lin. "His racist remarks made national news and are an embarrassment to Wisconsin. Voters are ready for change and a senator who will finally pay attention to the needs of everyday Wisconsinites."