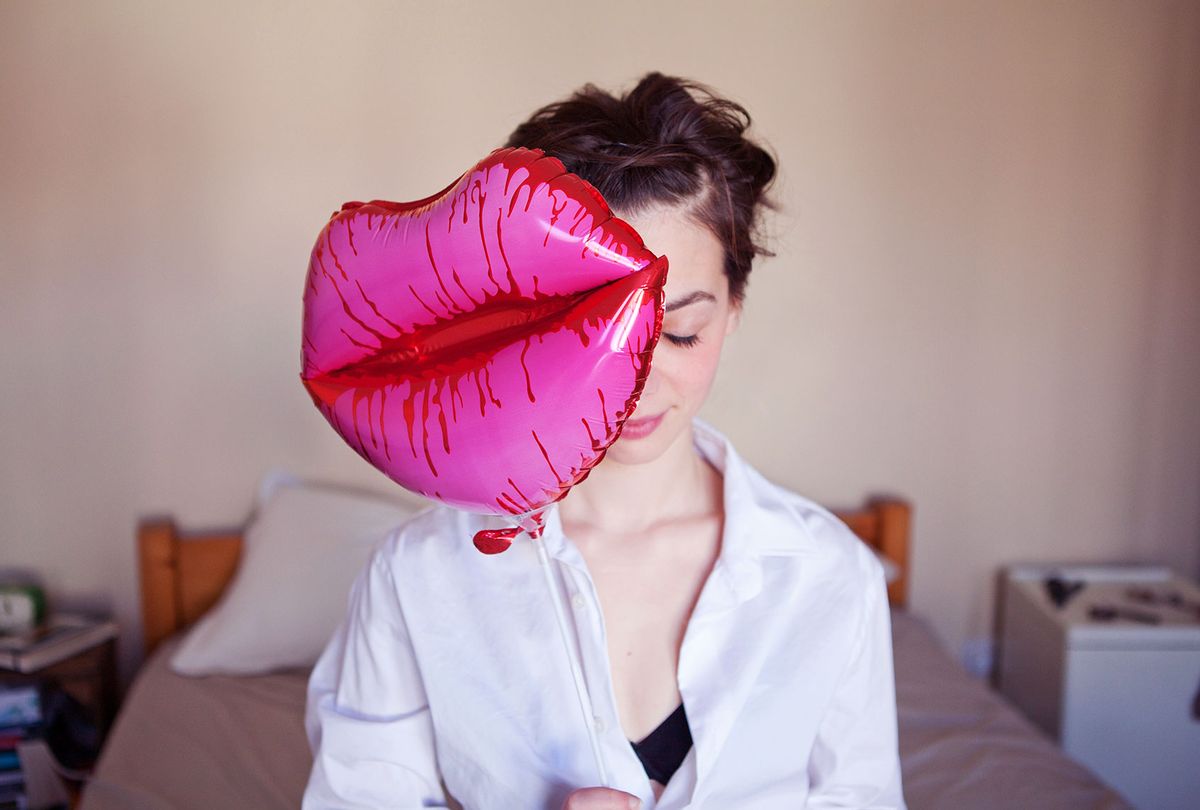 If you're wooing a mate that has potential, the last thing you want is a potential rival to distract them from your advances. The nightmare scenario of the partner-stealer is a tale as old as time — what Dolly Parton sang about in "Jolene," and key to the plots of the Betty & Veronica comics, "The Wedding Planner," and just about every season of "The Bachelor."

Aside from penning a catchy ballad, how do you signal to the Jolenes of the world to back off from taking your man? A new study into how straight women flirt reveals how women use nonverbal communication to signal their connection to men in which they are interested, and thereby ward off observers who may try to interfere with attempts at courtship. The study has intriguing insights into the oft-unconscious mechanisms that women in Western cultures use to signal their claim over a potential mate.

In an article for the journal "Personality and Individual Differences," American and Canadian researchers analyzed female behavior while flirting. At the outset of their paper, they write that women tend to initiate the courtship process, citing earlier research which found that women are often "the 'selectors' and, thereby, the 'initiators' in the courtship process, and that the communication of this selection is primarily performed through nonverbal channels."

"Actions that suggest the woman has a connection to the man are most effective (actions that indicate there is some relationship between the woman and her target man)," Dr. T. Joel Wade, corresponding author on the paper and presidential professor of psychology at Bucknell University, told Salon by email.

The paper identifies this type of behavior as "tie-signs." These include initiating eye contact, butting in between him and a rival, touching a man, hugging him and laughing at his jokes. He explained that these kinds of actions can be effective at signaling to potential competitors that they need to stay away, regardless of whether the woman performing them actually does have a connection with the man, because observers would not want to be perceived as "mate poachers."

"My prior research, as well as the research of others, indicates that mate poachers are not viewed positively," Wade explained, to the surprise of no one. "Being labelled as a mate poacher can lower an individual's mate value, making it harder for them to attract mates. Thus the competitor is more likely to stop competing when she sees that a potential partner is already connected to someone else."

He added that indicating a tie to a man also works because potential rivals will assume it is easier to attract someone who is not already in a relationship.

"The mating effort to acquire that unconnected potential partner could be much much lower, so one would be less likely to pursue (compete for) the connected individual," Wade told Salon.

Salon asked Wade about how the study's findings apply to people on the autism spectrum, who struggle with non-verbal communication.

"Flirting is harder for individuals on the autism spectrum as they may not be as aware of their nonverbal behavior as those not on the spectrum are," Wade responded. "This is true for both men and women."

In the paper, the authors explained that when heterosexual women flirt by "conveying sexual accessibility," they are more likely to attract the man, but that this can sometimes conflict with efforts that are undertaken "to deter a female competitor." Wade talked about the practical implications of the paper's findings for women seeking relationships.