Why our dislikes should be celebrated as much as our likes 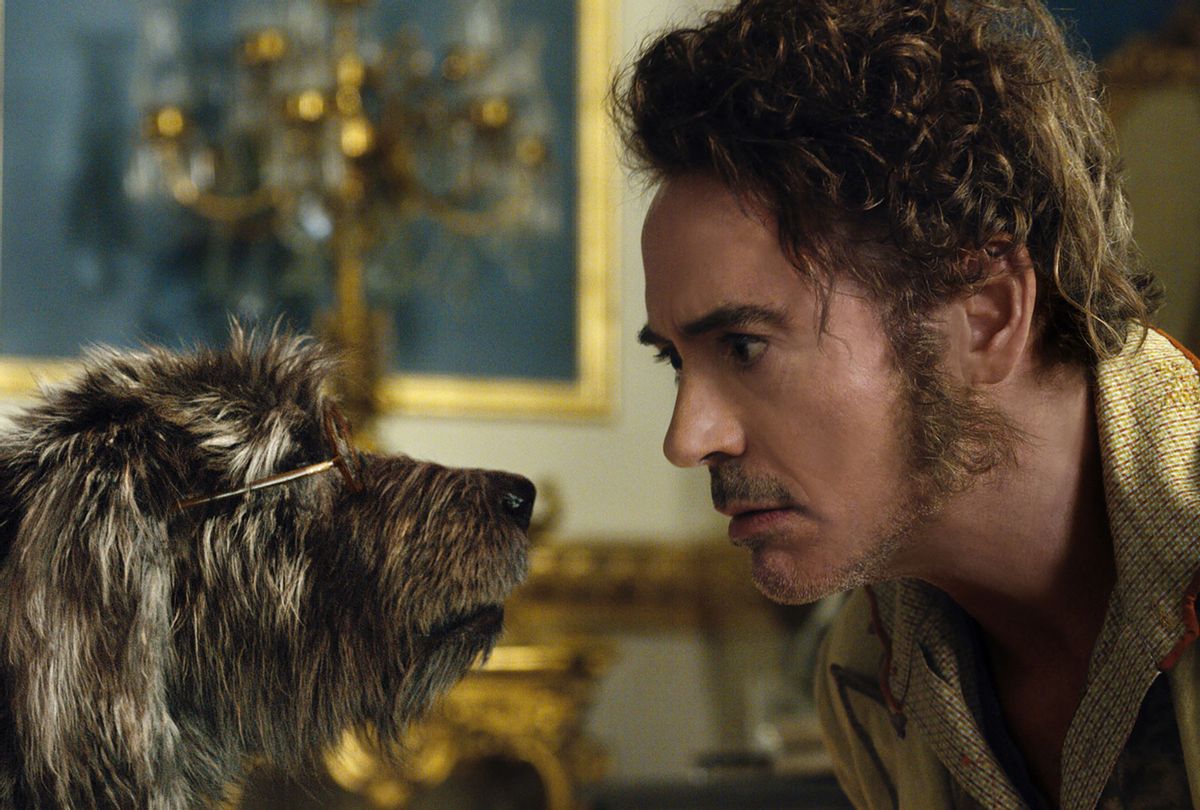 Millions might tune into the Oscars every year, but I'm always interested in the Razzies, which recognize spectacular cinematic underachievement.

I'm not the only one who thinks dislikes can be every bit as interesting as likes, either: While the internet and social media are full of praise for fandoms and stans, there's a deep well of content honoring profound dislikes.

Why do deep dislikes matter, and why might it matter, for instance, whether "Dolittle" or "Absolute Proof" wins the Razzie for Worst Picture?

For several years I've been trying to answer these questions. Many dislikes of media content are simple and fleeting: Change the channel and they're gone. But my forthcoming book "Dislike-Minded: Media, Audiences, and the Dynamics of Taste" aims to explore when and why dislikes can weigh more heavily upon us.

For all the attention heaped on what we like, what we dislike can be just as important, interesting and empowering.

Among academics who have explored dislike – yes, that's a thing – the most cited work comes from French sociologist Pierre Bourdieu, who saw dislike as snobbery. More specifically, he saw all judgments of taste, favorable or not, as performances of class. The rich could justify their place in society, he argued, by claiming to have more refined tastes. Knowing which literature, music or art to praise could signal to others their rightful place at the top of society.

I'd argue that Bourdieu oversimplified in seeing all dislike as snobbery and all snobbery as class-based. But he's not entirely wrong. In fact, dislikes often scream out elitism, sexism and racism.

Media associated with women – romance or soap operas – might be sneered at as "chick flicks" or "chick lit." Music associated with people of color, like rap, is still dismissed as obscene, while country music songs are often derided as all sounding alike.

So many -isms do their work in and through dislikes.

Furthermore, dislikes are often used as a way not to stand apart but to fit in. It means learning the unspoken rules of what's OK to like or dislike, and to proclaim those likes or dislikes loudly for others to hear. When some of us do swim against the social tide, we might be savvy enough to label our likes as "guilty pleasures," which both acknowledges the rules and apologizes for violating them.

Spitting out what you're force-fed

In my research, though, I found that dislike isn't just a form of snobbery.

My research assistants conducted hourlong interviews with more than 200 people over the course of several years. The interviewees were a diverse group in terms of race and gender. Their ages ranged from the 20s to the 70s. Some were working class, while others were upper class. Yet all tended to actively dislike media content far more when they felt they couldn't escape it.

Sometimes simply changing the channel isn't possible. Many people can't choose the radio station that's playing at work, the playlist in a grocery store, what's on the TV at the bar or what's blaring out of someone's car window. And certain programs or movies creep into other aspects of people's lives – think "Star Wars" BB-8 branded oranges or "Frozen" toothpaste.

For all the chatter about cancel culture, many consumers are powerless to cancel or even to escape. So when people can't stand what an item of media represents, its ubiquity can invite criticism or dislike.

Surely we are all annoyed at least some of the time by some media. But some of us are subjected to more annoyance than others.

A less discussed privilege is the power to control what media is seen or heard, even if only by being "the type of audience" many producers and their funders want to address.

Remote controls, for instance, have long been envisioned as an appendage of dads everywhere, with women and kids being given less power to change the channel. Store playlists are regularly chosen with middle-class customers' tastes in mind. And people of color are still often regarded as niche audiences for much media, with white preferences and interests acting as the default.

Seen this way, speaking about dislikes is an act of resistance – it's a refusal to allow public space to be conquered by the ads, merchandise and buzz for media that doesn't connect.

Whatever the reason, to dislike is to acknowledge that much of our media diet is force-fed.

Dislike can certainly transform into anger or hate, but it may also take a more playful form. Many reviewers strive for a poetry of putrescence in how they excoriate their objects of dislike.

Three of Roger Ebert's books, for example, collect only his most damning criticism. Parents sharing their disdain with me for Caillou – the whiny children's character – did so while laughing, not raging. And "hate-watching," or watching something to revel in all the ways you despise it, has become a common form of viewing.

Instead of tuning out and turning off, why would someone gleefully watch the object of their dislike and offer a running commentary of damnation?

Reveling in dislike can reassert control in a world that inundates everyone with content. Keeping the shows, songs and movies the hate-watcher despises close at hand – rather than trying to avoid or repel them – can make them better prosecutors in the court of public opinion. If popular media regularly produce discussion, the hate-watcher is better equipped to poison that well.

Or some dislikers might enjoy their dislikes as a way to avoid their corroding certain relationships. Many of us can probably relate to the experience of having a friend, partner or family member who insists we watch something against our will.

What if, rather than resenting the show or the person, we simply embrace it in all of its cringeworthy glory?

Impassioned dislike can be too easily mistaken for hate and anger, but it is a distinct reaction: Nobody at the Razzies will be pounding their fists, red-faced, on the podium as they present.

By all means, heed the colloquial advice to "ignore the haters." But a lot can be learned by listening to the dislikers.