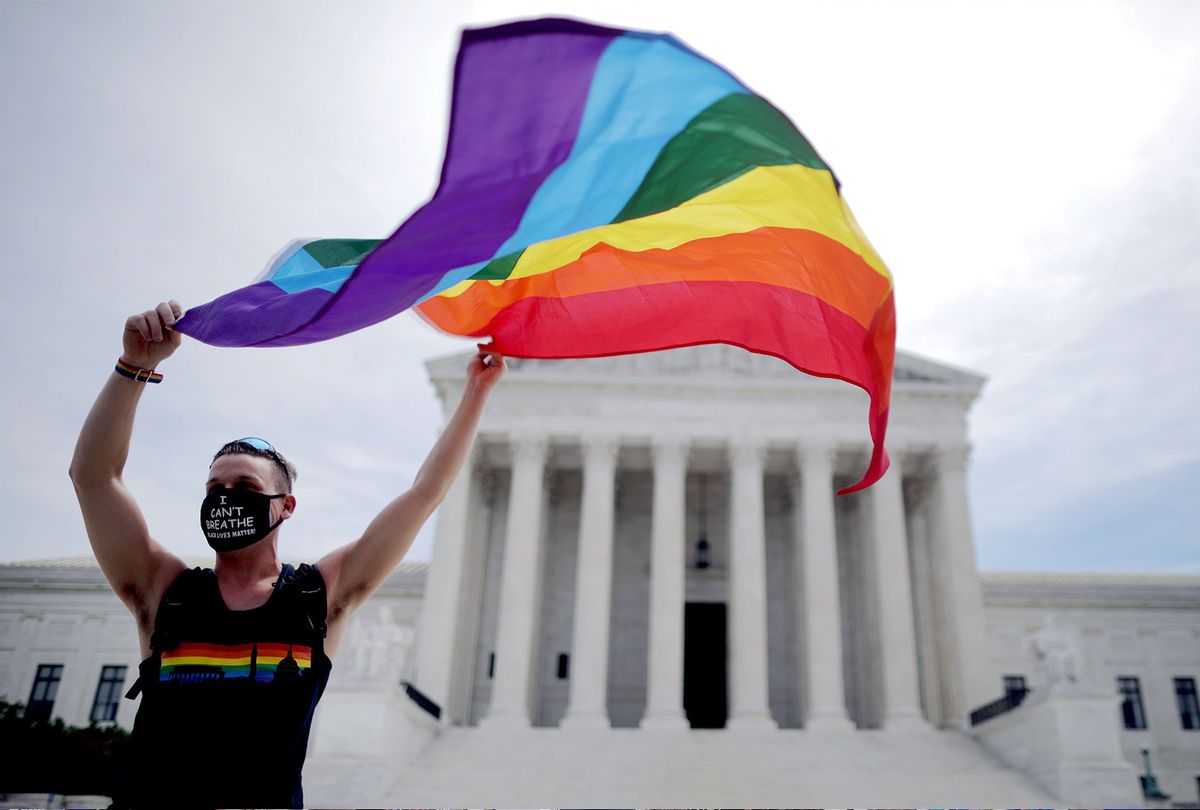 On Sunday, a federal judge threw out a Connecticut lawsuit that sought to bar transgender athletes from participating in high school girls' sports teams.

The suit, brought by four cisgender runners — Selina Soule, Chelsea Mitchell, Alanna Smith, and Ashley Nicoletti – was filed against the Connecticut Interscholastic Athletic Conference (CIAC), a governing state body which sets the requirements for student athletic participation. The suit alleges that "CIAC policy puts non-transgender girls at a competitive disadvantage in girls' track and, as a result, denies them rights guaranteed by Title IX." The plaintiffs specifically claim to have been deprived of titles and opportunities as a result of their competitive disadvantage, according to AP News.

The presiding judge over the case, U.S. District Judge Robert Chatigny, dismissed the suit because the two transgender athletes – who the plaintiffs allege held a competitive advantage – have since graduated from high school.

"I conclude that the request to enjoin enforcement of the CIAC policy has become moot due to the graduation of Yearwood and Miller, whose participation in girls' track provided the impetus for this action," Chatigny wrote. "There is no indication that Smith and Nicoletti will encounter competition by a transgender student in a CIAC-sponsored event next season."

Chatigny argued that the plaintiffs were no longer harmed by the damages they brought forth, seeing as they were no longer competing against transgender athletes. "If it turns out that a transgender student does register to compete in girls' track next season," the judge added, "Smith and Nicoletti will be able to file a new action under Title IX along with a motion for a preliminary injunction."

"It's discouraging that the court ruled to dismiss my right to compete on a level playing field," said Mitchell, one of the athletes. "Today's ruling ignores the physical advantages that male athletes have over female athletes. Female athletes like me should have the opportunity to excel and compete fairly. No girl should have to settle into her starting blocks knowing that, no matter how hard she works, she doesn't have a fair shot at victory."

Meanwhile, the ruling marks a decisive win for LGBTQ advocates who have long fought for transgender rights to be protected by Title IX, which sets out to protect students from sex- and gender-based discrimination in education programs.

Joshua Block, Senior Staff Attorney at the American Civil Liberties Union, argued that Chatigny's decision actually upholds Title IX. "No court, no agency," he said, "has ever defined a participation opportunity as winning an equal number of trophies."

If won, the lawsuit may have reversed CIAC's policy of allowing students to participate in sports teams that match their gender identity, and instead require of them to participate in teams that correspond to their biological sex, according to the Hartford Courant. The lawsuit also may have forced state officials to retroactively alter transgender athletes' track records.

CIAC told WFSB that it "is pleased with the court's decision."

The decision comes amid a nationwide Republican-backed push to prevent transgender athletes from participating in high school and college teams corresponding to their gender. During 2020, state lawmakers introduced 20 bills that sought to bar transgender people from participating in athletics. Last Saturday, Alabama became just the latest in a spate of states to prohibit transgender athletes from playing in female K-12 sports teams. Pennsylvania lawmakers are currently pushing a bill in the same spirit.