"Maybe I'm missed something, but I never heard him use on TV before," Ingraham says of Bakari Sellers 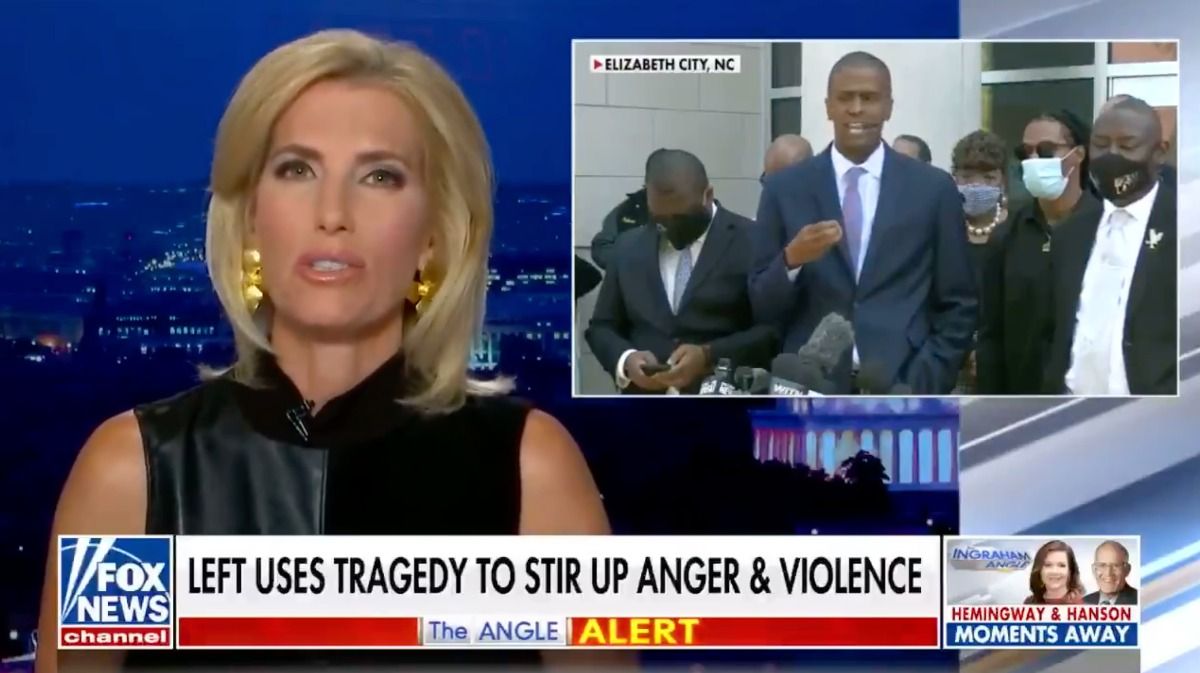 Fox News on Monday continued to whine about Americans standing up to end police misconduct.

Sellers, one of the attorneys representing the family of police slaying victim Andrew Brown, Jr., had blasted Pasquotank County Attorney Michael Cox earlier in the day for refusing to release body camera footage of the fatal shooting. Sellers said Cox was disrespectful in dealing with the victim's family.

"I will say that Mr. Cox told me, a grown Black man, that he was not f*cking going to be bullied," Sellers said.

Ingraham, however, was more interested in the attorney's voice.

"Bakari Sellers suddenly showed up in North Carolina today to condemn the police in another case," Ingraham said of an attorney for the victim's family, in apparent disbelief.

She accused Sellers of "pouring on the dramatic affect, as if you needed it."

"And sporting an accent that — maybe I'm missed something, but I never heard him use on TV before," she said of the former South Carolina legislator.