The U.S. Supreme Court announced on Monday that it's set to hear a landmark gun rights case 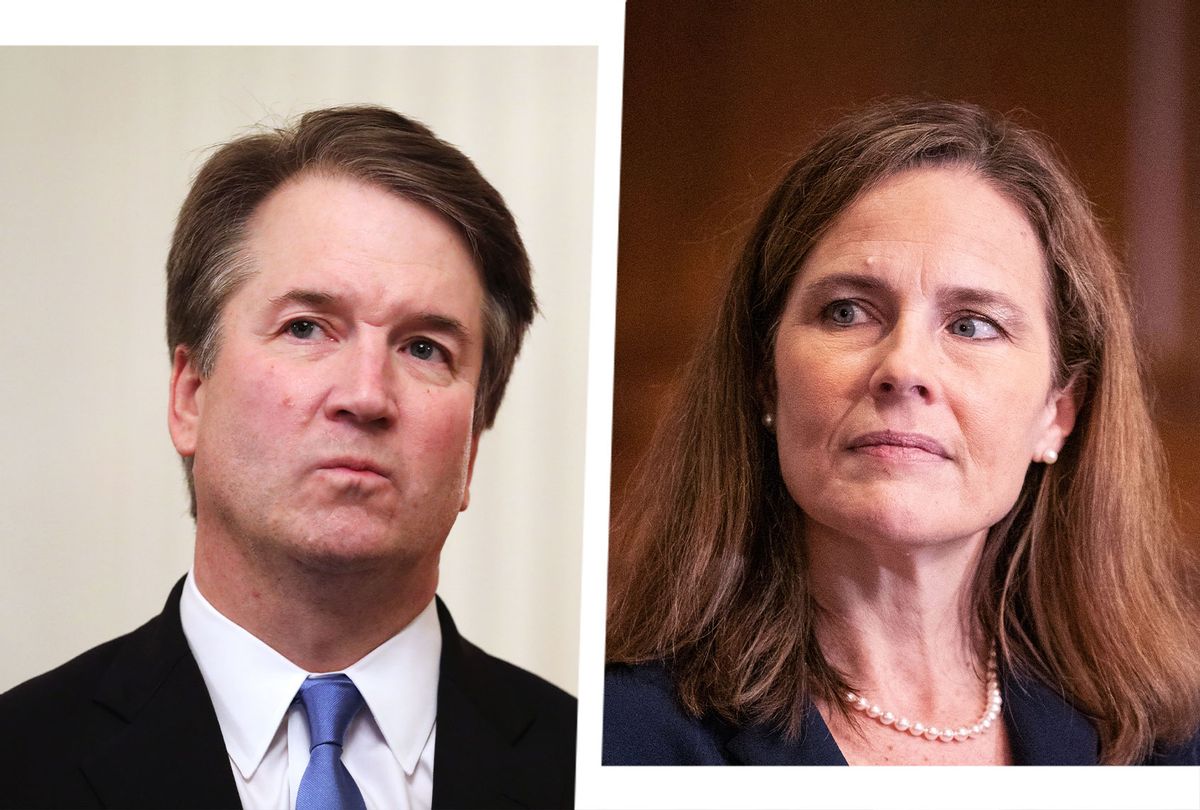 The U.S. Supreme Court announced on Monday that it's set to hear a landmark gun rights case which, if ruled in favor of the plaintiff, could set a radically conservative precedent for the judiciary's interpretation of the Second Amendment.

The case, New York State Rifle & Pistol Association Inc. v. Corlett, likely to be argued this fall, will address whether Americans have the right to carry a firearm outside their homes –– a right generally obtained through a license given out on the basis of "proper cause." A New York state restriction first implemented in 1913, proper cause mandates that someone applying for gun ownership must establish a legitimate reason to own a gun. According to NPR, most states in the U.S. allow residents to carry a firearm outside their home without a specific license for doing so. However, states like California, Delaware, Hawaii, Maryland, Massachusetts, New Jersey and Rhode Island have strict requirements around the practice. Those who establish "proper cause" may argue that out-of-home gun ownership is required for the purposes of hunting or personal safety, for example.

However, the two individual plaintiffs, Robert Nash and Brendan Koch, both New York residents, are claiming that the current restrictions in place for proper cause are far too stringent. Paul Clement, a lawyer representing the plaintiff, argued that proper cause "makes it virtually impossible for the ordinary law-abiding citizen" to get a license. Both Nash and Koch reportedly petitioned the state for licenses for reasons of personal safety, but were denied licenses after a district court found that neither men faced "any special or unique danger to [their] life," according to CNBC. The state's denial would later prompt them to file a suit with the New York State Rifle and Pistol Association.

The state of New York currently prohibits anyone from carrying an out-of-home firearm without demonstrating to a court that the petitioners possess "a special need for self protection distinguishable from that of the general community or of persons engaged in the same profession."

Last June, the Supreme Court refused to hear ten appeals to cases related to gun laws, sparking particular ire from Supreme Court Justice Clarence Thomas, who wrote in a dissent at the time that "in several jurisdictions throughout the country, law-abiding citizens have been barred from exercising the fundamental right to bear arms because they cannot show that they have a 'justifiable need' or 'good reason' for doing so."

"One would think that such an onerous burden on a fundamental right would warrant this Court's review," the Justice added.

However, with the newly-appointed conservative Justice Amy Coney Barrett cementing the 6-3 conservative bent of the bench, Thomas may see a more sympathetic judiciary to gun rights advocates, As Vox's Ian Millhiser explained, after a 2008 ruling in District of Columbia v. Heller, which established the constitutionality of "longstanding prohibitions on the possession of firearms by felons and the mentally ill," Barrett argued that ruling should be narrowed to "dangerous people," suggesting that felons should have the right to bear arms.

Back in 2011, Justice Kavanaugh also argued in a dissenting opinion that "courts are to assess gun bans and regulations based on text, history, and tradition," and "not by a balancing test such as strict or intermediate scrutiny." In other words, there is a good chance that Kavanaugh, a proud textualist, will rule in favor of the plaintiffs by way of a strict interpretation of the Second Amendment, which does not outline any specific restrictions on who should obtain firearms under what circumstances.

A conservative ruling on the case could prove exceptionally damaging for the gun reform movement, which has long fought for tighter restrictions on gun ownership. The issue has become particularly salient amid the flurry of recent mass shootings, many of which obtained legal licenses to buy guns.

Vox's Ian Millhiser argued with a 6-3 conservative majority in the Supreme Court, a ruling in favor of gun rights has the potential "to unwind a consensus within the lower courts that permits many gun regulations to stand, and then to allow those lower courts to complete the process of dismantling other gun laws."

A decision is likely to be delivered by the summer of next year.