The fourth season of the series cements it as a showcase for Elisabeth Moss and other actors, but has no clear out 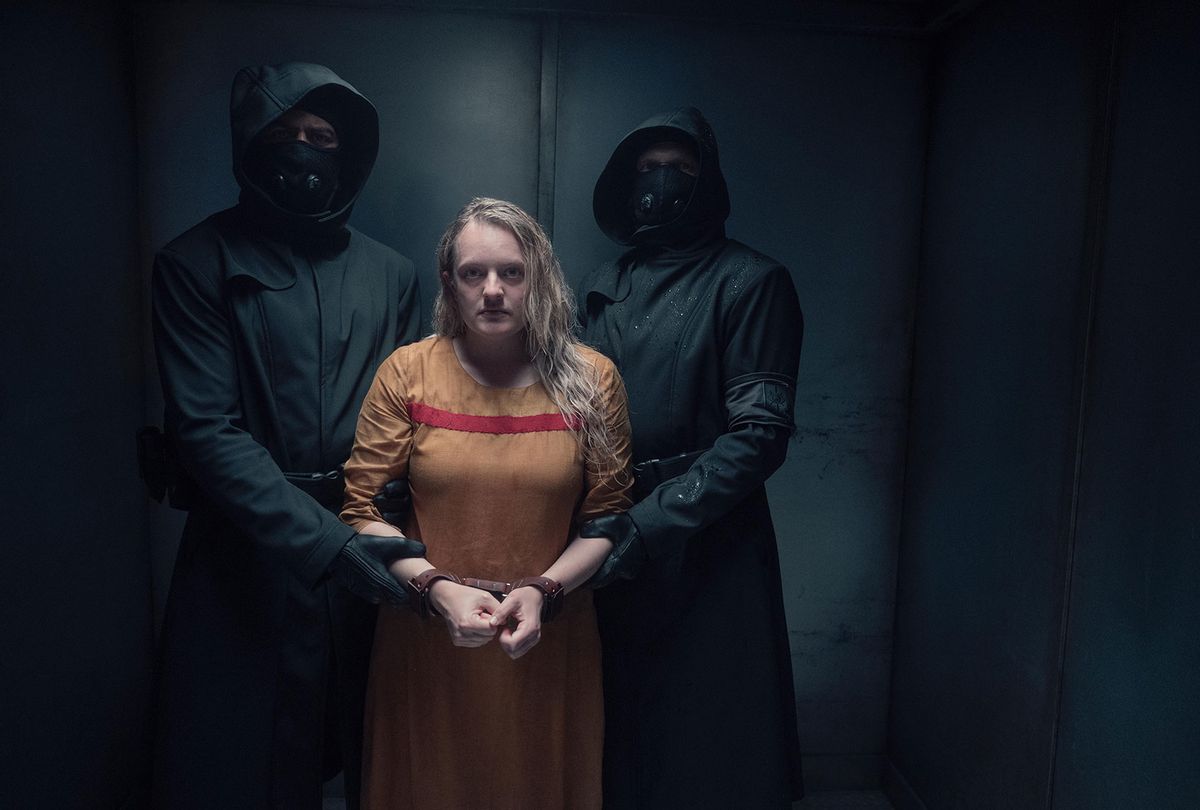 Since its second season I've likened "The Handmaid's Tale" to another serialized alternate history depicting a world upended by a beastly totalitarian regime.

In that other show, as in "Handmaid's," powerful oppressors lord over those they deem lesser and press humans into slave labor. A few of the bravest attempt to escape bondage time and again only to fail and be imprisoned once more.

I'm alluding to the TV adaptation of "Planet of the Apes," a flop that starred Roddy McDowall, Ron Harper and James Naughton.

Most people never knew a small screen "Planet of the Apes" spinoff existed because it scraped by on CBS from September to December in 1974. But its relevance isn't in the fact that it lived but why it died.

"About three or four episodes before the end, I'd realized, 'This is a boring series,'" Harper told an interviewer years later. He went on: "In every episode, one of us, Roddy, James or me, would get captured by the apes and the other two would rescue him. We took turns. 'Whose turn is it to get captured? Is it Roddy, me or Jim?'" Another time he referred to it "The Fugitive with Fur."

Nearly five decades later "The Handmaid's Tale" runs on a similar premise, and we call it a prestige drama. June (Elisabeth Moss) doesn't try to run out on her Gilead captors every week, but she's busted free and been recaptured enough times to make a person wonder what in the world is so special about her.

Fair question, considering that over the course of the series we see other Handmaids executed or maimed for looking at someone the wrong way. Not June! The writers find any number of excuses to keep her scowling and breathing despite her being a guaranteed flight risk. As this new season begins  she's liberated scores of Gilead's precious babies in a mission called Angel's Flight. This happens after freeing her own at the end of Season 2, and returning to the home, only to be handed over to a new household, that of Joseph Lawrence (Bradley Whitford), so as we can see this mercy thing is really working out for her. However, in the course of fulfilling the Angel's Flight mission she's been shot. Badly.

But we know she's going to survive. You can be similarly confident in knowing freedom cannot be a permanent state for June, otherwise the writers would be wasting a fine opportunity to place Moss in the same room with Ann Dowd, who plays the vicious Aunt Lydia, and watch the two actors blow us away with their expressiveness.

Time was that "The Handmaid's Tale" won plaudits for its eerie relevance. During the previous administration it made our fears about democracy's slide into right-wing fascism real, giving that anxiety red robes and wings. Now its primary function is to showcase performances its stars can submit for Emmys and Globes – Moss and Dowd, centrally and primarily, but also Alexis Bledel (the show's other individual Emmy winner), Yvonne Strahovski and Samira Wiley.

The acting is excellent, so very good in fact that its fans probably forgive June's perpetual cycle between Hell and near-freedom and back again.

The "Planet of the Apes" producers and CBS thought that show would to go for five years, and its reliance on such a cycle doomed it to last precisely for as long as it should have. Meanwhile Hulu picked up "The Handmaid's Tale" for a fifth season before its fourth premiered trusting that its audience will show up – which it likely will, because it knows what it's getting.

Tougher to predict is whether its Christofascist dystopia will feel crusty; we haven't seen a new episode since 2019. That isn't to say we've halted our march to Gilead; the man (and woman!) in the White House seem committed to slowing its pace. But we have bad news: the Supreme Court could very well accelerate it despite the executive branch and Congress' barest efforts.

We're not there yet, but series creator and showrunner Bruce Miller seems bent on dragging out this series to some point at which fiction and reality connect in part by ensuring June can never entirely wriggle free of Gilead's patriarchy.

True to its main purpose, Season 4 showcases Moss' talents in front of the camera and behind it; she directs three of the season's 10 episodes.

Increasing the screen time for these characters and Bledel's Emily is wonderful, but if you get the sense that they're placeholders making space for a change in June's situation . . . to confirm that would be a spoiler. But I refer to previous points about situational redundancy. The handmaiden, if you will, to that problem is predictability.

Very little of the bombastic white feminism that drove me away from the third season has been ameliorated. If anything, June's successfully shipping more than 80 Gilead children to Canada along with a number of adults has given her even more of a Moses complex. (In case you didn't get the reference in the third season finale, that's Exodus June is quoting in voiceover as she's borne aloft by her fellow Handmaid rebels.)

Only now, June is done with bearing up under her sorrows. In the presence of a psychologically damaged child wife played by Mckenna Grace, she allows the malevolence and rage she's carrying around inside of her to flower. By the tail of this season she's a transformed figure which, again, gives Moss fresh extremes to play with.

All of this focus on June, and Moss, costs the other characters and actors opportunities to flourish. Some of that is corrected in these latest episodes, especially with regard to Wiley and Fagbenle's roles. Not only do Luke and Moira get meatier scenes, they're provided a reason to exist in this series beyond tying themselves in knots as they wait for June to parent her child Nichole. Through them and other figures filled out more extensively, including (thankfully) Amanda Brugel's Rita, the new season starts to explore what it means to survive an extended period of degradation. Then it asks whether it's possible for a person to come to terms with the damage that's been done to them and reconcile with the individuals who inflict that damage. I should say it begins to do this but, in the eight episodes provided for review, never fully gets there.

Blame that addiction to the round and round of escape and return, amped up this time to include a torture episode. That part exceeds an hour and incorporates a smiling version of Gilead's Torquemada into the sort of dimly lit chambers we'd expect from "24" at the height of its sadism. Perhaps this is a way for Miller, who writes the episode with Moss directing, to address those critiques about June's inexplicable survival by making her wages of her sin very dear this time. But yet another round of inflicted savagery is unnecessary at this point, and worse, it's tiresome.

People who love "The Handmaid's Tale" probably won't care about any of that, and may even welcome it, accepting that Moss is at the center of its existence. True to that notion Moss consistently adds new layers of grime and rot into June until she's barely recognizable.

Placing this insistent spotlight on Moss and June undercuts the potentially powerful themes the story might have explored with more fullness, and that June keeps insisting is the case, which is that the struggles of one woman aren't more important than the suffering endured by untold numbers of people oppressed and enslaved in Gilead.

That means that while the fourth season moves toward breaking that old catch and release merry-go-round, it doesn't sufficiently persuade us to wholly invest in what's beyond it.  June despises Gilead and hates it more each time she's forced to go back, but without providing a vision as to where the story's headed the best we can muster in reaction to her plight is a yawn.

The first three episodes of "The Handmaid's Tale" Season 4 are currently streaming on Hulu, with new episodes released weekly.